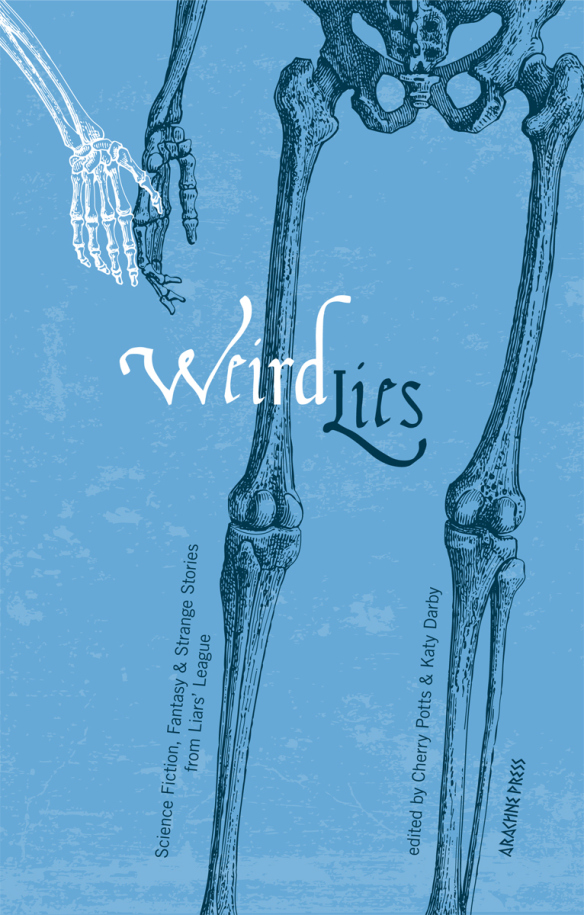 The Liars’ League is a monthly spoken word event held in London and other UK locations (with a difference: contributions from writers are read out by actors). Regular readers of Sabotage may recall the two previous collections, Lovers’ Lies and London Lies and now we review the third book in the series, Weird Lies. 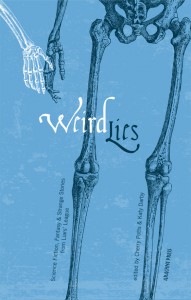 Weird Lies is a collection of science fiction, fantasy and re-imagining of myths (probably the weirdest lies of all), so why weird lies? Arachne Editor Cherry Potts explains in the foreword that ‘There has to be a fantasy book…Liars’ League certainly does bring out the weirdness in its authors’. So, how weird is it? Well…

Some people say the human brain is akin to a computer and in ‘Content Management’ (Derek Ivan Webster) the theme of memory loss is explored through the mixing of everyday tech terms as a husband/forgetful cyborg (I couldn’t work it out) desperately tries to remember something. It’s a sad, weirdly everyday conversation about memories purged due to synaptic error and the inevitable confusion when the search for files/memories leads to an Error 404 message.

I must say the Error 404 message popped up a few times in my head, particularly reading ‘Worms Feast’ (David Mildon): is it about inter-dimensional travel or just a daydream forged in the mind of someone coming out of a year long drink binge? More confusion presents itself in ‘ChronoCrisis 3000’ ( Andrew Lloyd-Jones) a peculiar tale portraying an English, half-arsed attitude towards the technicalities of time travel not unlike a moment from the science fiction comedy series Red Dwarf. More peculiarity occurs in ‘What does H20 Feel Like To The Tadpoles?’ (Tom McKay) with a zen-like moment occurring to a questioner. We find this vibe again in ‘Heriot’ (Richard Smyth) where a patient in a mental institution finds himself disbelieving his own history (true or false) in order to fit in with life’s logic.

Logic plays in a part in a re-imaging of Rapunzel in ‘Fuzzy & Coo’ (Angela Trevithick) showing that too much logic can deconstruction fantasy (and do you as the reader actually want that?). A good balance of logic and fantasy is displayed in ‘The Icicle’ (CT Kingston) which features the ultimate Ice Queen. ‘Daphne Changes’ is Joshan Esfandiari Martin’s modern day re-telling of the Greek myth of Daphne which encloses a small feminist detail about detachment from the sisterhood. Also re-imaged is a short about a demon in ‘Hollow Man’ (Rebecca J Payne) with a satisfying, logical twist.

Deals with the devil and with the almost dead are twisted into the book, in ‘Touchdown’ (Christopher Samuels) a first date with a ghost pilot in Las Vegas and a deal made is weirdly romantic, a romantic and satisfying death is revealed in ‘Icosi Bladed Scissors’ (Alex Smith) and going full circle we have a supposed deal with the devil which leads to the questioning of one’s mind in ‘Derby of Lost Souls’ (Barry McKinley).

The story I enjoyed the most in this collection was ‘Haiku Short, Parakeet Prawns, Konnichiwa Peter’ (Lee Reynoldson), it’s about the weirdest lie we all tell ourselves to get through the bad times: one day we’ll escape. There’s always some other place we exoticise, life will be better if we can only get there.

All in all Weird Lies does exactly what it says on the jacket, its weird, it’ll make your head spin if you read it in one sitting and what’s even weirder? You’ve told yourself all these lies that are contained in this collection. 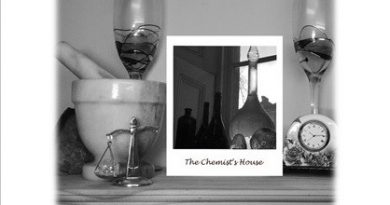 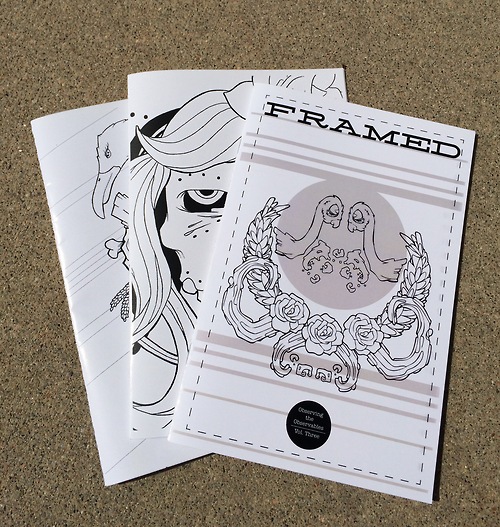 August 31, 2014 dj4twinx Comments Off on Observing the Observables #3