Lauren K. Alleyne’s first collection, Difficult Fruit, is appropriately named. There is sweetness here, richness, but the pulp is problematic and there are some hard seeds hidden in the tender flesh. Alleyne has a keen eye for detail, a nose for a good story, and has already developed a very strong and unique voice, although some elements of this book are indigestible.

Alleyne’s voice, her deliberately formal diction, is one of the greatest strengths of this collection. She knows the almost religious power that precision can lend to a poem, resulting in work that is delightful to read. In a world where the language of the everyday mundane is glorified, these verses glitter. The tone is formal, but the delivery is utterly free of pretension. Here are a few lines from ‘Fourteen’:

How the bud yearns to flower
believing that bloom is all
beauty, perfuming, the bliss
of pluck.

Go on. Read that out loud. Taste it. It feels so good.

So much for the flesh, now for the seed. A recent poetry plagiarism fiasco (revolving around multiple thefts by Sheree Mack) has really put me off poems that were written ‘after’, in the style of, work by another author. I know that Alleyne wrote this book well before the scandal broke, but since readers will be purchasing it in an altered context this is worth talking about. While ‘after’ poems can be excellent exercises, I really don’t think that they should be included in books unless they are actively re-imagining the series that they are borrowing from. Ovid’s Heroines, by Clare Pollard, and Catulla Et Al, by Tiffany Atkinson, are fantastic books that totally reimagine works that should be a part of everyone’s literary education. They change the script so much that a new light is cast onto the classical tradition as a whole, as well as our interpretation of it. But padding a book with poems borrowed, even legitimately as in this case (with permission and by citation), from someone else’s imagination strikes me as a little lazy. It is a shame that a poet like Alleyne (whose voice and thematic development is already so strong), felt the need to include eight ‘after’ poems in this collection.

Her original poems are worth much deeper inspection. ‘The Hoodie Stands Witness’ is a fantastic marriage of imagination and longing for justice. The poem was written for Trayvon Martin, delivered in the voice of the hoodie that the black teenager was wearing when he was murdered by a white man. The poem is delivered in an observant, highly nurturing voice that shimmers with righteous rage:

He was quiet in his skin;
tucked into the shade of me,
he was an easy embrace
until an old ancestral fear
lay its white shadow
across us like an omen.

This poem raised the hair on my arms and the nape of my neck. It is visceral, but controlled. Excellent.

While most of the poems in this book are highly controlled, it is a small irony that Alleyne’s foray into form is loose and ill-defined. Her sonnet cycle, Eighteen, is caught somewhere between a traditional and a heroic crown. Structurally, it is ten sonnets long; the sonnets have an irregular meter (oddly unlike many of her much more coherent free-verse poems) and while they do gesture towards the traditional crown’s circular movement, the first line of each sonnet serves more as a broken reflection (in a few cases, a glittering refraction) of the last line of the sonnet which came before. The result, for this reader, was a sense of frustration, a sense that the poet desired to try something ambitious, a little dangerous, but pulled back (just a bit) after beginning the thrust. It reminded me of Katherine Stansfield’s poem ‘Canada‘, which was almost a sestina but which failed as a whole (by repeating words just frequently enough to make it seem as though it should have had a meaningful pattern) despite individually powerful lines.

One of the purposes of writing in form is to distil strength through the filter of control. If a form is only half adhered to, the control is lost and the strength is exponentially diminished. Lines such as the following, taken from the fourth sonnet in the cycle, prove that (like Stansfield) Alleyne is much better than her own failed form:

And you forgot. You moved through your days
easy, with lightness that was not untrue.
You lifted weights and danced; you biked and ran –
you moved and moved, never still long enough
for your shadow to settle. You visited
familiar countries (not quite the same
as returning), made home the body’s wild
contours. You wore short skirts and spiky heels.

Difficult Fruit is a difficult book. On the surface, it is beautiful. There are strange fibres growing in the depths. I am very interested in seeing how this poet develops. 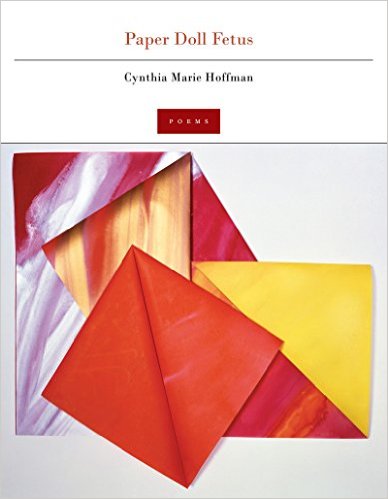 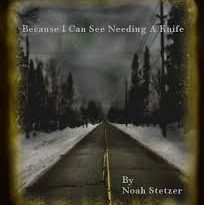 Because I Can See Needing a Knife by Noah Stetzer

April 19, 2017 Karen Goodwin Comments Off on Because I Can See Needing a Knife by Noah Stetzer