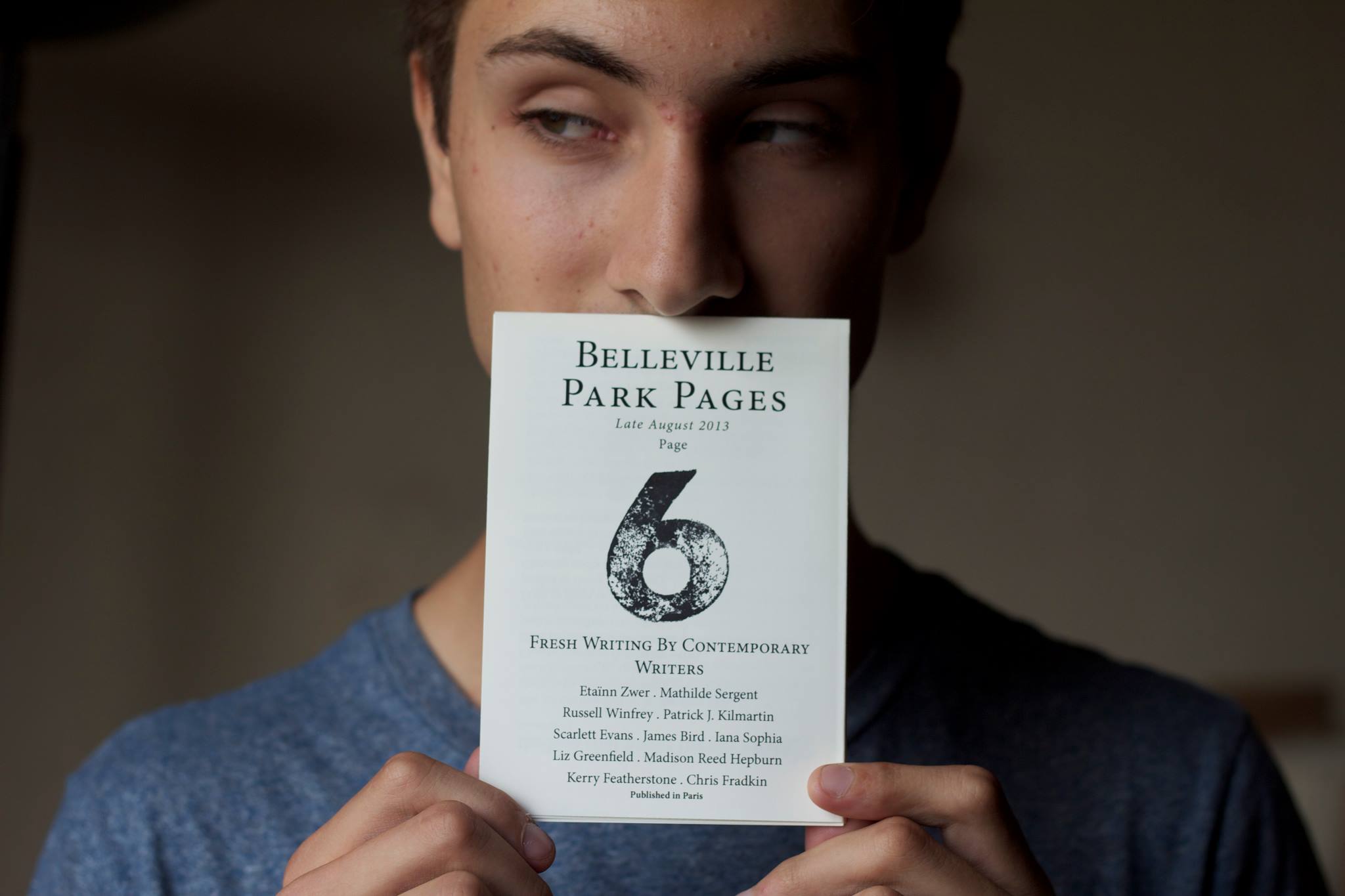 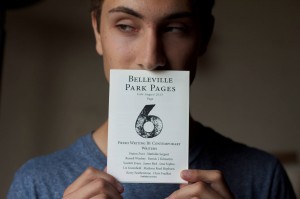 What is this that has come through my letterbox? Little cellophane packets, the size and shape of a packet of flower seeds. Inside, not seeds, but poetry. Each of the Belleville Park Pages unfolds to a creamy, A3 size sheet covered on both sides with new poems. According to the editors, James Bird and Will Cox, it champions ‘fresh writing by contemporary writers’, and is available every two weeks by subscription, and from bookshops in Paris, London, Amsterdam, and all points between Uppsala and Brooklyn.

It’s an ambitious and clever project. Producing a single, fold-out pamphlet is different, memorable, and probably very cost-effective. The editors are marketing-savvy enough not to rely entirely on subscriptions from poetry fans, (although those are available via the website) but have also managed to place the Pages in bookshops where they are available to the general reader for £2 (or Є2). You can find it, among other places, in Foyles in London, Shakespeare and Company in Paris, and Book Thug Nation in Brooklyn. New bookstores are being added all the time. And that’s brilliant – with all the grumbling in the literary world about the difficulties of selling poetry, Bird and Cox have proved that, if you are audacious enough to ask, maybe your little journal will get stocked in the world’s iconic bookshops.

The poets who have written for Belleville Park Pages may not be household names, but then, that’s the point; to provide an outlet for new writers who might appear at spoken word events but have little or no opportunity in print. Its rapid turnaround and affordability are a refreshing contrast to some poetry mags I could mention, where one’s prized poem can disappear into editorial limbo for up to six months at a time.

I have editions six and seven here, and I confess to not having previously known the names of the contributors. There’s a handy guide to the authors on the website, which demonstrates their international credentials: 93 poets from eighteen countries so far. (I note that Matthew Dickman has provided a poem for issue 9, which is nice.) The poems I read came from Britain, the USA, France, Morocco, Greece, the Czech Republic, the Netherlands and Ireland, making Belleville Park Pages a showcase of Anglophone poetry. There are weeds among the flowers, though; in some cases the editors have mistaken quirkiness for quality, and several poems are overwritten or wildly elliptical. There were some highlights though, such as Claire L Kimber’s ‘I Love You (For Your Pink Cadillac)’ which despite its subject matter, comes from a British poet. Kerry Featherstone’s extended marine metaphor ‘Crab. Burial’ is spare and full of space. Frederick Pollack’s ‘Paradox of the Actor’ was well thought –through and told the truth:

‘It’s that when not
being fate-crazed, king,
seducer, intellectual, he watches
a game, chats forgettably,
reviews his accounts.’

I notice that both the editors’ poems have appeared in their own publication – that’s something I’m not keen on because it can turn the work into a vanity press, which I am sure Messrs Bird and Cox won’t want. But, on the whole, Belleville Park Pages is a right, necessary and well-executed project. It needs a wide pool of good submissions and a little sharper editing, but it’s has got off to a great start. Why not send it a poem at [email protected]? Why not subscribe, and have one of these lively little packets of poetry arrive in your hallway every two weeks?

Belleville Park Pages is produced in Paris and London. Information and a list of stockists can be found at their website.

September 6, 2012 Editor Comments Off on ‘Pauses at Zebra Crossings’ by Janette Ayachi