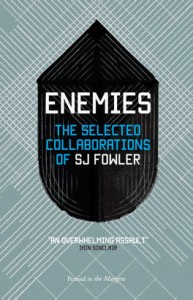 The Russian critic Mikhail Bakhtin once argued that the distinguishing feature of the novel was its multi-voiced-ness. This distinguished it from the lyric mode, which, he claimed, addressed the reader as a single, undivided voice. Whereas the lyric is a mode of identity, Bakhtin suggested, the novel is multiple, orchestrating an array of discourses, none of which can lay claim to ultimate authority. Avant-garde poetics in its various forms sharply calls such a distinction into question: to the extent that a lyric I is performed by such texts, they delight in deconstructing that I as a mere site through which many discourses pass, a disjointed or even fragmented voice which refuses to resolve itself into univocal meaning. This is as true for that swathe of the avant-garde referred to as modernist as it is for post-modernists like Ashbery or L=A=N=G=U=A=G=E poets like Bernstein. Referring to prose, Bakthin called this effect dialogic, and I was put in mind of this notion repeatedly when reading Enemies: The Selected Collaborations of SJ Fowler, a handsomely produced volume from the excellent Penned in the Margins.

This is a compilation of some of the collaborations which Fowler has undertaken with over 150 artists, writers, sculptors and musicians in a project funded by the Arts Council and the Jerwood Foundation. The scale of the work has been enormous and is a testament to Fowler’s commitment as a kind of impresario of the avant-garde (or vanguard, as he prefers to call it): alongside this anthology, numerous discreet publications have emerged with small presses. Many of the performances associated with the project can also be found on-line (see http://www.weareenemies.com/ and Fowler’s YouTube channel).

The dialogic aspect of the book, in a banal sense, is clear in the material presented, which includes samples of work from 29 of the collaborations. Many of these take on the form of a dialogue between text and image (i.e. where Fowler has written text to accompany visual material), but there are also entirely text-based exchanges: for example, an exchange of e-mails with Sam Riviere and a series of poems written by Fowler and Claire Potter in which the poets have exchanged YouTube links and asked each other to respond. With other co-produced texts, it is less easy to reconstruct the exchange which took place, although Fowler provides notes which give a broad outline of the process.

However, I would argue that these texts are dialogic not merely in the sense that they are the products of artists exchanging work and responding to each other, but in the more important sense that the exchange and the work it produces enter into an unresolved relationship, in which the reader is also implicated. This contrasts with more established notions of how poetry responds to other works of art, or indeed to other poems. The ekphrastic tradition, for example, records the response of the poet to a work of art. She may see something new in that work, bring a new interpretation to it, for example, as Auden famously does with Brueghel’s Fall of Icarus; yet this kind of dialogue with others produces above all a new meaning which the reader is invited to consume. The dialogues taking place here do not follow this pattern.

To take two of the collaborations which set up a dialogue of text and image, we can see how this works in practice. Fowler and Alexander Kell’s ‘Museum of Debt’ juxtaposes monochrome photographs of employees of the British Museum with short poems. The photographs themselves refuse any fly-on-the-wall documentary aesthetic: in fact, it is unclear in most cases what kind of work the individuals pictured actually do. Their poses jar with the context, pouting or apparently larking about in the way people might do in a Facebook photograph, yet the texts equally refuse either to illustrate the images themselves or to comment on the workers’ everyday experience. There is a clear parodic intent, sending up the many residencies offered for poets by workplaces of all kinds (not least galleries and museums), yet it is in the unresolved dialogue between image and text that the real interest lies. In the second poem in this sequene, ‘tooth of the Nile’, for instance, we see a photograph of a young woman grinning exaggeratedly up at statue which cradles another, smaller statue in its arm. The text reads as follows: ‘the ark of the covenant / baby hercule / an asp, a thesp / a guided tour /of softcore’. The text, read together with the image, allows a number of possible meanings to emerge: perhaps this is Hercules we see cradled in the statue’s arms, but what covenant could this represent, in what sense is this an erotic image? Or is our looking at the young woman as she looks at the statue potentially erotic? The reference to theatre is apt, since the image seems self-consciously staged, yet this may also establish a link with the guided tours that museums offer, which are theatrical experiences in themselves. I hesitate to resolve the ‘meaning’ of this poem as it emerges from its relationship with the image, because I ultimately feel that this is not the point. Neither image nor text claim any authority over our interpretation of the museum space, although the interpretations which could emerge from our own interaction with text and image are clearly rich. Even from this one example, however, we can see that the demand for engagement on the part of the reader articulated by this collaboration, for all of its tongue-in-cheek wit, is considerable.

‘Animal Husbandry’, a series of inkblots and accompanying texts by Fowler and Sian Williams, calls upon the reader to make sense of the relationship between inkblots of the kind used in psychiatry and texts made up of tentatively associated (but often very beautiful) fragments of language. Again, rather than simply offering an interpretation of the inkblots, the texts set up a loose chain of associations which do not finally resolve themselves into a final meaning. The reader’s dialogue with abstract image and mysterious text is all the more disquieting when we look at the context of the inkblot test, a psychiatric technique for uncovering unspoken desires. It is unclear whose desires are failing to reveal themselves to the reader here, but the inkblots themselves are an invitation to the reader to make their own interpretation, which will necessarily interfere with that (not) to be found in the text.

Although in subtly different ways, the text and image collaborations in the volume follow similar patterns. The pieces based on exchanges of text, however, make similar demands of the reader in terms of their dialogic construction. For example, ’40 Feet’, written with Dave Berridge, emerges from an exchange of blocks of text (none of which are marked as belonging to either author), which produces a kaleidoscopic vision of London made up of fragments of real events and apparently disconnected thoughts. The reading experience made me feel a little like one of Wim Wenders’ eavesdropping angels in Wings of Desire, but without the privilege of their omniscient point-of-view. ‘Dead Souls Like’, with Chris McCabe, produces a similarly multiple, wildly associative piece of flaneurism or psychogeography on the city of Liverpool.  In ‘Videodrome’ with Claire Potter, the exchange of texts about YouTube videos which we cannot actually see, involves the reader in a disturbing act of imagination, particularly given the hints at violence contained in Potter and Fowler’s texts: I will admit that I have not dared to open the links, although I would not mind betting that their relative harmlessness is part of the joke. The key point in all of these, however, is not so much the space left for the reader in these dialogues, but that any (ultimately unrealisable) attempt to pin down the meaning which these conversations set in motion is the reader’s alone: none of the many voices in these collaborations is going to relieve the reader of that responsibility.

For me, this is the significance of the title that Fowler has chosen for his project. His collaborations are not friendly: neither in the sense of seeking to arrive at a position of harmony between those producing the work, nor in the sense that a finished artistic product offers the reader any easy answers. In fact, these collaborations are the opposite of a ‘finished’ product: they remain open to a dialogue with the reader, indeed to many dialogues (as in many re-readings) with the reader. In his introduction, Fowler acknowledges that he has been told that ‘this book is dense and mysterious, full of challenging material, and shifts in tone.’ This is certainly the case, and the volume requires not just a careful reader, but a ‘writerly’ one, as Roland Barthes would have put it. Some of the texts leave less space for this. The series of invented proverbs Fowler produces with Tom Jenks, although amusing, are more easily consumable, and the e-mail exchange between Fowler and Riviere circles around the latter’s typical concerns about the role and identity of the poet, as well as exploring the very possibility of collaboration itself. A kind of meta-collaboration then, or a collaboration about collaboration, but sometimes a little too close to shop-talk.

This volume fulfils a further function in setting out the stall of the avant-garde in contemporary British poetry. While anthologies of recent years have situated the avant-garde as one feature of a ‘pluralist now’ (as in Roddy Lumsden’s anthology Identity Parade) or have made the argument that younger poets have bought into avant-garde techniques without necessarily sacrificing the motivation to express personal concerns (as in Nathan Hamilton’s recent Dear World and Everyone in It), this book will serve as an introduction to the full provocation of today’s ‘vanguardist’ poetics, for which Fowler is a vocal and eloquent advocate (see, for example, various talks on his Soundcloud page). Fowler’s co-ordinating presence has an impact on the themes which emerge most strongly in the collaborations: issues of criminality, marginality, sexuality, and control and surveillance noticeably echo elements of Fowler’s own Minimum Security Prison Dentistry, for example. Nevertheless, this is a volume whose primary function will be to engage contemporary audiences with the ramifications of the avant-garde’s undiminished challenge to the reader. 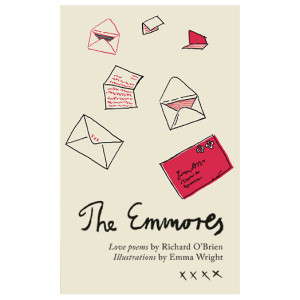