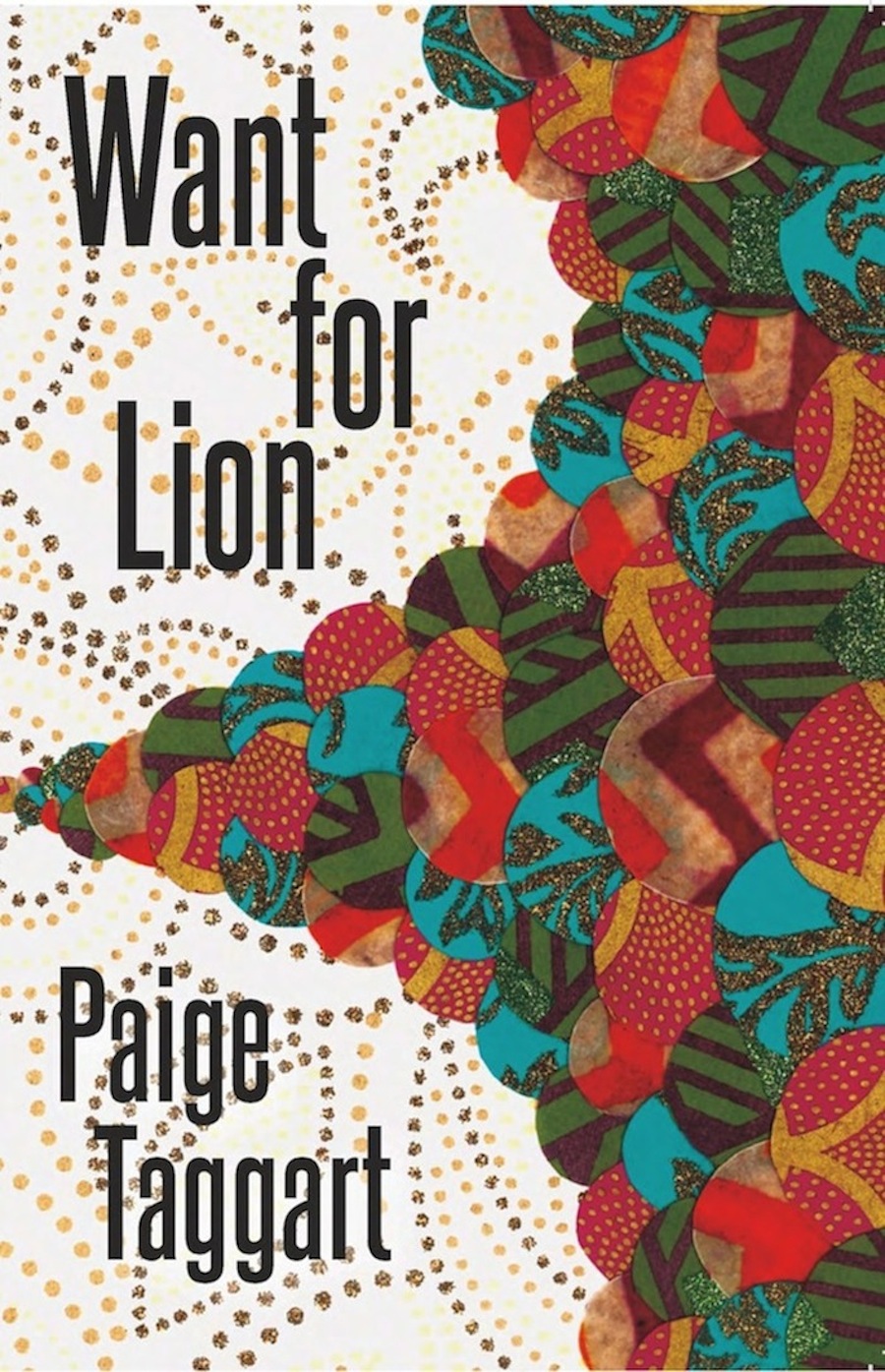 In the afterglow of the 28th Annual Tennessee Williams/New Orleans Literary Festival, I was able to hook up with two of the city’s small press poetry publishers: Trembling Pillow Press and Lavender Ink/Diálogos for copies of some of their latest titles.

Though my selections are by writers from diverse backgrounds—only one of which has a long history with the city—all four collections have common themes and a shared vocabulary that has the feel of the Big Easy and the larger world that is contained in its river mouth. 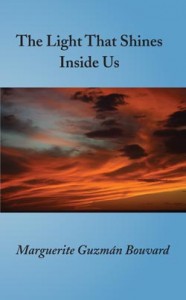 My first choice, The Light that Shines Inside Us, is from the Diálogos Imprint of Lavender Ink, an arm that specializes in translation and cross-cultural writers, and its author, the widely-published poet and activist Marguerite Guzmán Bouvard is certainly that.  Hailing from Italy and billing herself as “a citizen of the world,” here she tackles the physical and psychological aftermath of war with an emphasis on our shared humanity.

Writing of a frightened, injured young boy in the poem “Syria”, she could very well have been speaking of New Orleans after the storm (Hurricane Katrina).  It reads:

Outside a hospital in Aleppo
a little boy sits on a bench,
waiting to be admitted.
His blood stained neck and clothes,
the bandage on his head
do not obscure the mixture
of innocence and pain
in his uncertain smile.
The world around him
is no longer recognizable;
the roar of gunfire, the helicopters’
sudden clatter, concrete rubble
filling the streets he can no longer
walk, burned houses.
Where is his mother who washed
his face, his grandmother
who cooked special treats, his father
that disappeared in plumes
of smoke? It’s as if
he were on another planet,
without laughter or dreams,
just the bench where he waits
for hours without knowing more
than this unfathomable present.

For all the darkness in these poems, there is also the light of hope.  In “Bougainvillea,” she says:

Take the bougainvillea bush,
its blazing purples, magentas, pale
orange, glittering rose, calling out
to us like a bell tower
rising on the side of a landfill
where flapping plastic bags
line the road.
Something about hope
and the colors of compassion
even in the darkest landscapes.

And New Orleans native Megan Burns knows all about darkness. Her collection Sound and Basin, a joint publication with her press Trembling Pillow and Lavender Ink, is largely about the BP oil disaster and its lingering effects on the people and waterways of coastal Louisiana. 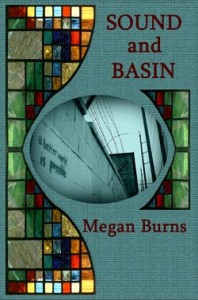 Like Bouvard, her poems too “bear witness” while emphasizing the interconnectedness of humans and landscapes. She also offers us the dark waters with light.

This blend is no more evident than in the bittersweet “To Mother”, a poem Burns dedicates to Brooklyn poet Tracey McTague.  She writes:

We live a lot of these days in the margins
of survival
a smoking tower or a river jumping it bounds
the news never lets us forget
our little lives are an anomaly
to walk hand in hand to the park and not drop dead
from pesticides, carcinogens, bullets dropping like slaps of hail
wailing—the mother’s second voice
I think about the baby that fell from its mother’s grasp
off a rooftop into dirty water that islanded them
the small body slipping under, simple as an embrace, a wish
while the rescue chopper descended

I try to make sure my place at the table of loss is already filled
my heart never recovers, by some magic, these bodies built
some nights, I ride out on the pitch of their frail sleep
dreaming of a different kind of knowing

Having lived through several Gulf Coast disasters myself, I just can’t let go of that image of slippery arms.  This is such a deep-seated fear for me and many women, tinged only by the beautiful sleep of surviving children. 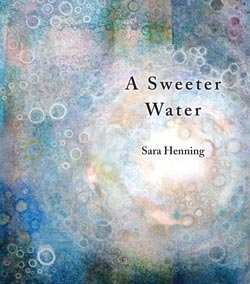 Sara Henning’s debut, A Sweeter Water, from Lavender Ink, tests the same lines with its lovely water-infused passages of loss and longing.  Many of the poems are themselves acts of mourning—for lost childhoods, lovers and fathers—but here the ache is even more tender and often weighted towards self-repair.

For example, the smoldering words of “How to Pray Like a Girl”:

The summer I left home
my mother waited until night
to pour gasoline on a nest
of wasps, take her lighter
to the canopy’s underbelly.
It could have been a paper lantern
glutted with lightening bugs,
for the flood of bodies surging past
the closure of pulp like a mouth
full of psalms, bodies that
by morning lay smoke-fragile,
waiting, as though I too
might forsake them, as though
all I could do was trust
the literalness of their bodies,
the parts not yet stunned
by light. That summer, I drove
away like she never taught me
to pray, with pistons lose
and mouthing oil, tires bruxing
cardinal bones, I could taste
the learned cruelty of heaven,
fledging thick on my tongue. 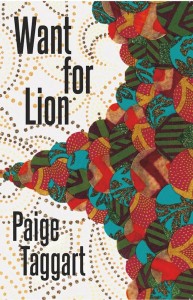 In Paige Taggart’s Want for Lion (Trembling Pillow), we also experience those deep wounds, but with less moments of sweetened light and more of the dark nightmares of disaster.  A Californian now residing in Brooklyn, her work captures the rhythm of New Orleans in rants, chants and laments bursting with attitude.

I love the sassiness and the pathos in “Ain’t Got No Wings”.  It reads:

For sure I can fly but I’m done doing it. Ain’t got
no wings like an owls, or night vision capabilities
to deliberately see through the black. Our eyes just
don’t work like that. I’ve got mad skills though, I’m
just using them gingerly these days—there’s a hook
but you’ll have to find it yourself—I’m too busy
writing this thing—to actually act it out.  I pretend to
be a guide at the New Museum, locating the conceit
behind each work, sharing particular concepts and
theories for art-making intentions, to induce the
audience into intensive listening, and to help them
see what might not be clear to an out-of-practice eye.
I purposely leave my notes on my desk, to flirt with
the idea that someone will steal from them. I’ll end
up the chair of this-or-that department. Take home
molds of milk bottles and baby snap peas. For art
does not tell but it reveals. Tinkering away at an
installation before god gives up on us all.

While her voice is unlike that of the other three authors, she speaks of the same “life spent preparing to break, unheard/a lack of any want to amend the past, something/striding, splitting apart and coming back” like that wave she attempts to contain in her poem.

It is then this shared vision and communal vocabulary that unites the collections in a common aesthetic that both expounds and dismantles.  This is the enduring legacy of a New Orleans birthplace, and I hope to see more of such work from these stellar local presses in the near future.

The Contradictions of Flesh by Sonia Hendy-Isaac 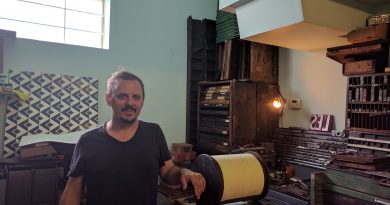 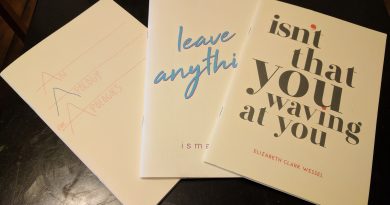