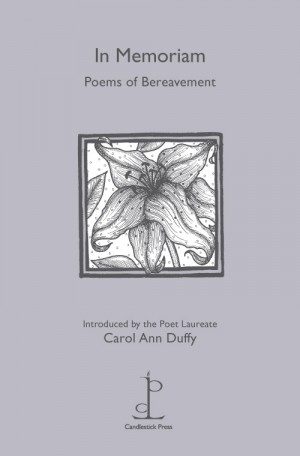 In Memoriam includes a considerable number of poems which are so well known that there may be a temptation to skim past them, but I would urge against this, although everyone will come to this collection for different reasons, and may be inclined to read the poems at different times and in different orders. I am impressed by the fluctuating mood of the poems, arranged more thematically than chronologically or by style. The inclusion of poems like Chrstina Rosetti’s Remember, which begins the collection, Gray’s Epitaph on a Child and the currently topical In Flanders Fields caused me, as a reader, to re-engage with these pieces as if encounterng them for the first time.

Remember me when I am gone away, begins Christina Rossetti‘s famous poem, and it is hard not to associate the sonnet with funerals or memorials we may have attended, tributes carved onto gravestones, cards we might ourselves have sent or recieved.  To read it purely as a piece of poetry, disentangled from the (entirely well-deserved) exposure it has been granted through the decades, is to absorb the acute emotion of its lines, and recognise its simple and effective structure.  Written in Italian sonnet form, Remember is formed of two quatrains (or one octet) and one sestet, and its rhyme scheme (octet: a,b,b,a; sestet: a,b,b,c,a,c) lulls the reader or listener into a flow; the wait required for the concluding rhyme of each stanza creates a narrative feel, the poet skilfully navigating the two overriding preoccupations of this collection, the centrality of both the deceased and the bereft to bereavement:

When you can no more hold me by the hand,
Nor I half turn to go yet turning stay

These sentiments are expressed in very simple language and could be about, or addressed to, any number of people of any different age. Yet despite its non-specific setting, it is a perfectly bound up entity, full of personalised feeling and authenticity.  As with all great poetry, one wonders on re-reading it what sort of experiences may have led its author to compose this beautiful, painful, timeless piece of writing

Only remember me, you understand
It will be too late to counsel then or pray.

Remember, though, does not end sadly, or at least the poem does not present bereavement as an entirely and insurmountably bleak prospect:

if you should forget me for a while
And afterwards remember, do not grieve

insisting, in one of the poem’s only passages to feature elaborate or visual language:

Remember is followed by another poem of bygone times, Goethe‘s Wanderer’s Night Song, in a nineteenth-century translation by Henry Wadsworth Longfellow.  This poem also offers a less harrowing view of death than is traditionally the case, though while Christina Rossetti is concerned with trying to soothe the spirits of those remembering the dead, Goethe appears to actually uphold death as a thing to be desired:

The birds are asleep in the trees;
Wait, wait – soon like these
Thou too shalt rest.

From this unexpected suggestion, the book continues to explore the consolatory and less remarked aspects of death and its effects on those left behind. Billy Collins, in his starkly titled The Dead, tells us

The dead are always looking down on us, they say,
while we are putting on our shoes or making a sandwich,

and his “they say” places this idea – somewhat disconcerting and not at all comforting, when you think about it – in the realms of atheistic cynicism, rather than the confines of traditional faith. Indeed, religion is almost totally absent, with Adrian Mitchell giving short shrift to “spiritualism or religion or mumbo jumbo,” the only overt suggestion of religiosity coming from Emily Dickinson:

Her little figure at the gate
The angels must have spied,
Since I could never find her
Upon the mortal side.

Elsewhere, spirituality is more aligned to age-old concepts than to Christianity or organised religion, as Corinne Roosevelt Robinson credits “the Sun God’s power” in bringing about “the riot and raputure of the Spring.” Her Spring and Grief is one of the collection’s finest poems, with its painful contrasts of

… the ardor of the sun
That woos the fragrance from the waking flower,
And maple buds, rose flushed by beauty

the throb of my despair.

At times this despair is almost too intense, as when the poet states simply

I see my love in every little child

but this unflinching honesty underlines this diverse selection of poems, such as when Edna St Vincent Millay, in her realistic but defiant Dirge without Music, tells us

Down, down, down into the darkness of the grave
Gently they go, the beautiful, the tender, the kind;
Quietly they go, the intelligent, the witty, the brave
I know. But I do not approve.  And I am not resigned.

There are traces of Emily Brontë’s No Coward Soul is Mine, until we realise, of course, that Emily Brontë was steeled in the triumphant bravery of faith, whereas Edna St. Vincent Millay’s matter-of-factness verges on the nihilistic.  A formula, a phrase remains, – she tells us, with all the weak-voiced flatness of the newly bereft, but the best is lost.

As if the comforts of religion have not already been sufficiently swept aside, Faith Lawrence‘s Prayer wears its title ironically or at least obliquely, as she entreats

Let us be mouths for the falling wind
thrumming, howling, then singing
through old fences and fairgrounds

and we find ourselves ushered into a chorus of the living preparing for death, this poem not so much dealing with the hurt of the bereaved, as accepting that we are all faced with the same eventuality. This realisation, in the hands of Faith Lawrence, it is a quietly joyous wish to be

ears for the end of grass
the flickering, whispering grass,
the purple seeds carried like snow
beneath pylons, behind piers

and again this moving collection presents the inevitable in a warmer, kinder, more Pantheistic glow. Penelope Shuttle‘s The Scattering is elegaic, almost an invocation:

I cast you into the waters.
Be lake, or random moon.

Be first light,
lifting up its beggar’s cup.

I scatter your ashes.
Be the gale teaching autumn
to mend its ways,
or leopard so proud of his spotted coat.

This simulatenously ethereal and earthy essence pervades the poem, where loved ones might Be wild rose or hellebore or all-heal and the spirit may Descend as a vein of silver, / never to be seen, / deep in the lynx-eyed earth.

The sense of an end yet not an end, what I call a sense of endless finality, is also evident in one of the book’s most well known poems, Lt-Colonel John McCrae‘s In Flanders Fields, and echoed in the subsequent excerpt from Laurence Binyon‘s From The Fallen.  The inclusion of these two poems comes as no surprise, as we enter the second year of the First World War’s Centenary, but both are highly deserving of their place, neatly between poems of more personalised reflection, preceded by Burns‘ Epitaph on a Friend and Ode to My Brother by the 1st Century BC Roman poet Catullus, and just ahead of Emily Dickinson’s Vanished.  They appear on the same page, opposite Burns and Catullus, and McRae’s poem is first, with the Binyon excerpt nestling beneath like an epilogue.  In Flanders Fields falls into that category of poems within the volume which I already knew well, or thought I knew well – and only on re-reading it in full in this anthology was its full power – literal and symbolic – brought back home to me: the chilling ease of the rhytmic, flowing rhyme –

In Flanders fields the poppies blow
Between our crosses, row on row –

and the dreadful clarity –

We are the Dead –

all felt to me as fresh as when I first read the poem as a teenager, and the poem’s appeal to its readers that they Take up our quarrel with the foe is another unexpected angle, as we are spoken to by voices of the unquiet dead, a rejoinder to any suggestion of gentility, submission or docility in death:

It is like hearing the voice of Hamlet’s father’s ghost, this dolorous but devout proclamation, not resigned but yearning for justice, or even vengeance.  It is not too trite to wonder if the authors of these deeply-felt war poems did indeed concieve of them as literary milestones when composing them, and the profound but uncomplicated lines from For the Fallen are positively Shakespearean

They Shall not grow old, as we that are left grow old:
Age shall not weary them, nor the years condemn.
At the going down of the sun and in the morning
We will remember them.

Shakespeare himself is represented, not by one of the famous soliloquies or meditations from the Tragedies, but by the folklorish, imagistic Funeral Song from Cymbeline, with its Golden lads and chimney-sweepers, all of whom must come to dust. Yet this certainty, just as with Goethe towards the beginning of the book, is no cause for distress:

Fear no more the lightning-flash.
Nor th’ all-dreaded thunder-stone.
Fear not slander, censure rash.
Thou hast finish’d joy and moan…

It is a sentiment expressed in less jovial terms by Thomas Gray, whose Epitaph on a Child is notable both for brevity – befitting its infant subject – and also for the sense of comfort it provides, immediately following the beautifully written but profoundly sad poem by Corinne Roosevelt Robinson discussed above.  Unlike the latter, Gray’s poem does not outwardly lament the passing of the darling of its parent’s eyes but explains soothingly that the child is freed from pain, secure from misery. The only concession to traditional grief is suggested in the poem’s penultimate line – Few were the days allotted to his breath – but this lack of expressed sorrow does not in any way detract from the painful profundity of  the six-lined poem, written in remembrance of his friend Dr Thomas Wharton’s son Robert, speaking of the need to let him sleep in peace. Appearing three poems from the end, thisepitaph is perfectly placed before Sue Millard‘s Pink, a delicate, tender poem in which

At nearly a full page, Pink is one of the longer poems but its rhythmic lilt and reassuring rhymes, its metronome of trotting hooves and even that pink box in a white hearse, with all the stunning, moving implications this conveys, all lend the piece a certain sense of familiarity, of almost happy musicality, that makes each line seep into the next.  This poem combines many of the elements which make the collection what it is – the seemingly effortless blending of the sad and the beautiful, the personal and the all-embracing – as different aspects of the environment seem to share in both the poet’s grief and her tribute to the deceased. This mastery of language makes In Memoriam a fine collection of poetry, splendidly written and very dignified. 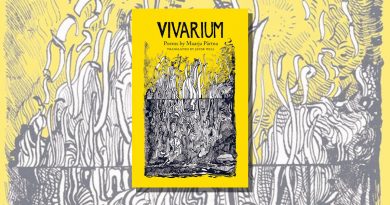