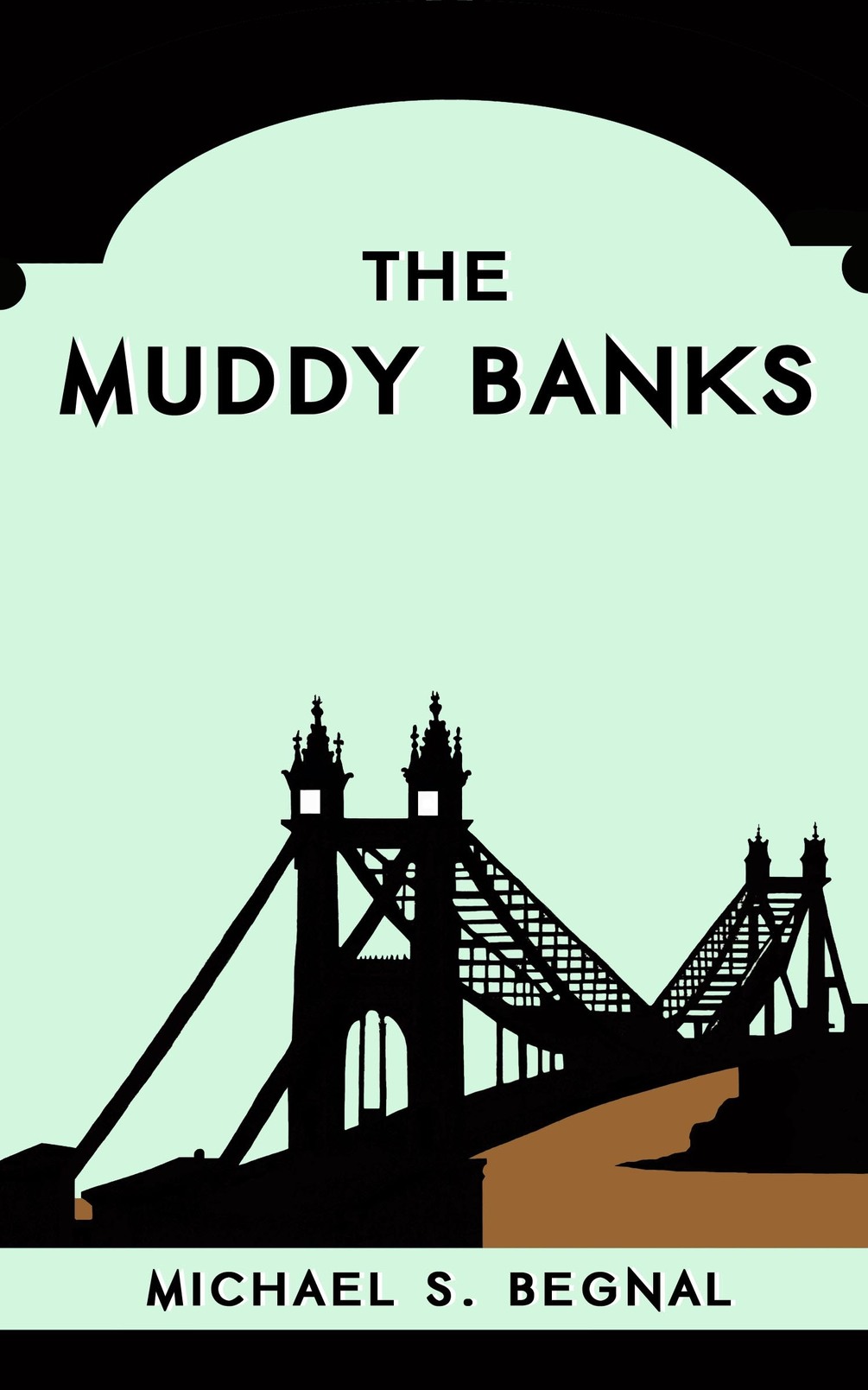 There is a wonderful similitude at work in Michael S. Begnal’s The Muddy Banks, between the structure of the Point Bridge in the poem ‘1877 Point Bridge’, which opens this chapbook, and the formal composition of the poem, which is divided into three parts, each one made up of five verses made up of 6 lines, fashioned in iambic dimeters (two metrical feet, one stressed one unstressed). Just to add to the fun, each third part of the poem has an additional half line thrown in for good measure, almost mimicking the poem itself;

and falls
the dead bridge
in this investment

Form ( be it the substance which surrounds us, or which we find ourselves entrapped in; our own flesh and blood, the visible bridge in front of us, or whatever surrounding geography would seem to encompass us ) is the primal substance from which there is no escape. Freedom is a cage. All formal structure must be seen in this light, and particularly in a work of literature, for purely ontological reasons. A poet or artist who insists on using complex formal structures is sending us out a moral sign that they are concerned only with the pursuit of actual freedom, which offers up deliverance uniquely in the work. The impetus of pleasure, and pleasure alone, also cannot be ruled out, particularly when one can distinguish quite clearly, as in the case of the poems in this short work by Michael S. Begnal, the pleasure the poet enjoys in the construction of their edifice.

What great portcullis-like
iron lattice-work towers
stood as cathedral spires
at both banks,

So opens the opening poem, the enjambment continuing on down until the 18th line, punctuating finally the question:

clocks in towers
high above barges of coal,
cables hanging down in
graded decreasing lengths,
down, then moving up again
to the towers of the black bridge?

The run-on lines echo the visible ‘bridge suspended in smoke and haze’, perfectly freezing the creative movement of the mind of the artist/poet.

Of course, Begnal allows himself enough room to diverge from the rigidity of counting iambs. He is a poet not a bean counter. When form and content are working in almost complete accordance with one another, as in the poem ‘1877 Point Bridge’, then this is exactly the kind of exercise, through the formal structural play on constraints, through whichof flight is inserted:

Some’s sons set it
under sooty slopes,
there are forms underneath
only they are privy to,

Alliteration steadies the reader to allow them to really read the craft of the phrasing. The very self-conscious style of the writing is a game of pleasure, which becomes eroticised in the final part of the poem:

Increased facilities for intercourse
and additional comforts
afforded by the erection
will undoubtedly restore good speedy
to former vitality, and
the point is enhanced

The moral tale of the poem being: as can our lives be enhanced, by such pleasurable pursuits.

In The Muddy Banks, Begnal goes on to further explore some of the former denizens of his home city, Pittsburgh, including the poet Haniel Long, who Begnal makes a particular study of. Long, a poet of the thirties who was a poet of engagement, acts as a catalyst for the poet to explore contemporary issues in the US, eternal themes such as discrimination, poverty- both intellectual and financial- and the ever widening divide between those who have and those who have not. Begnal’s poems are timely.

2 thoughts on “The Muddy Banks by Michael S. Begnal”