Reviewing an issue of a publication means considering it as a whole (what sort of shape do its parts make? Is the sum of its voices harmonious, interestingly dissonant or an unlistenable mess?). But a magazine is a serial creature, evolving from one issue to the next. So, working on the theory that reviewing two issues back-to-back might illuminate an editor’s aesthetic and scope better than holding the magnifying glass up to one issue, I give you:

Moon Milk Review is interested in “magical realist, surrealist, metarealist and realist works with an offbeat spin”. The layout changes little from issue to issue: a clean white screen with bold black headings slicing each issue into sections (Gallery, Fiction, Poetry, Interview, and so on).

The simple black/white contents page lets thumbnails from the more visual sections stand out: it’s eye-grabbing from the start, and hints at the eclectic flavours that hide behind the headings. The virtual gallery accompanying each issue is a great idea. Unfortunately, in Issue 7, which has an overarching Spain/World Cup theme, this seems like a bit of an opportunity wasted: the gallery, subtitled ‘The Spanish Masters’, features a painting apiece from Pablo Picasso, Salvador Dali, Francisco de Goya, and El Greco, all gloriously unsettling in their own way, but with no linking commentary or anything to make me feel I’m getting something more than what a google image search for ‘Spanish Surrealists’ would produce. Why these paintings in particular? We may all have heard of these artists already, but even a little trivia would lend this part of the magazine more presence. Issue 8’s gallery is quite the opposite. It contains 16 works by acrylic artist Jim Fuess and an informative blurb, letting the viewer get a quick shot of immersion in Fuess’s world. The paintings are bright spreading/coiling/bleeding colour-forms, all with a look of movement or metamorphosis about them; sometimes treelike or abyssal, sometimes like butterfly wings or internal organs or almost-fish, suggestions of scales and roe. In ‘Evolution’, a spreading of black blot-shapes suggests creatures unfurling. Score one for Issue 8.

A real strength of the magazine, going hand-in-hand with its multimedia aesthetic, is its sense of fun, which is very much present in the first of Issue 7’s special features: an interview with Paul, the prophetic octopus who rose to notoriety during the 2010 World Cup. Gabriela Romeri is well-qualified for the task, having interviewed other octopuses in her time, but she meets her match in Paul: “I knew Paul would be formidable–enormous brain,  species billions of years old—but I wasn’t quite prepared for the equally evolved  arrogance.” He proves to be quite the curmudgeonly cephalopod, which makes for entertaining reading. Issue 7 has to get a point for this alone.

Following the interview are two videos: one a slideshow of Spain Vs. Netherlands highlights set to Shakira, the other a Flamenco performance by Sara Baras. Don’t be fooled by the lighthearted feel of the issue so far: MMR is unafraid to take sharp turns in tone, and this Flamenco piece is intense. Give it your full attention. Baras dances on a polished stage, by a campfire, in front of a full moon projected onto a screen, but the racing rhythm of her boot-heels and feminine-muscular movement make the sparse set look wild and cold, and turn the guitar to something warm and beating. These features are all a fantastic demonstration of a simple theme – the Spanish World Cup win – spiking off in very different directions, just unified enough that each diversion is surprising. The video feature in Issue 8 is Rachel Bloom’s milk-snortingly fabulous ‘Fuck Me Ray Bradbury’, an irreverent (read: filthy) anthem for fangirls the world over. Overall, in the multimedia camp, 8 gets points for bold stick-in-the-brain painting and comedy, but 7 wins for variety and cohesiveness.

In the ‘Fiction’ section, Issue 7 continues the Spanish theme with Luisa María García Velasco’s ‘The World Behind the Wallpaper’, presented both in the original Spanish and in translation by Ian Watson (who wrote the screen story for Spielberg’s A.I.). This is a succinct age-of-materialism fable with its metaphors swarming out from behind the descriptive sheen. I can’t speak for linguistic effects in the Spanish, but the translation’s crammed prose works to good effect in evoking a room made claustrophobic by slick-suited males and their gadgetry, and carries over neatly to the crawlingly vivid image of a living layer of cockroaches behind a hotel’s luxurious wallpaper. Issue 8’s fiction doesn’t really compare in quality to this. Ben Loory’s ‘On The Way Down: A Story For Ray Bradbury’ sets the somewhat grim absurdist tone for the section, and works the best out of the prose pieces on offer. ‘Zero Dark Thirty’ by John Emerson appears to contain a story, but it’s hard to tell if it’s real or a hallucination or a metaphor, and hard to care when the first few paragraphs read like a regurgitated thesaurus and contain the description of light as ‘swirling’ and ‘iridescent’ twice in as many sentences. Another score for issue 7, then, not only because the fiction is that much better but because the parallels to original and translated texts do more to further MMR’s boundary-crossing ethos.

As well as having Fiction and Poetry sections, each issue is rounded off by ‘Prosetry’: a monthly contest to write a piece of microfiction based on a featured piece of art, and the winning entry from the previous month. Another lovely idea, encouraging work that sits in the spaces between literary forms, and between written and visual art. July’s winner in Issue 7 is ‘Gravitas. Gravity. Gravitas.’ by N. Stebbins, which uses its central figure, a man who is at once sumo wrestler, clown and balloon, to tread the sensitive line between lightness and heaviness (in both the literal and emotional senses). Issue 8 offers ‘Archaeology of the Present’ by Minal Hajratwala, which does a far better job of saying something with fluttering, evasive imagery than ‘Zero Dark Thirty’ did earlier in the same issue. It starts creepily enough: “My sisters and I lived among the skin-lamps of earth.  The They walked by on rattlesnakes, alligators, eels, cows, trade-beads of ivory and ebony — all words for the bones of the living” – and only gets more disconcerting from thereon in, complimenting the source picture, Dali’s ‘Three Young Surrealist Women Holding in Their Arms the Skins of an Orchestra’, wonderfully. I think Issue 8 just about wins, in this case.

It seems that Issue 7 works better overall, perhaps because its potentially mundane theme provides a solid grounding from which its contents can take flight. But it’s clear from these two issues that MMR is onto something special, mixing entertainment and unsettlement to make a thought-provoking whole, with the prosetry competition providing a thread running from issue to issue. The multimedia aspect is bold and inviting, the contents just the right size to keep a hold on our skittish and multi-tabbed attention-spans, and its consistent interest in crossing genre and media boundaries, in things interstitial, in juxtaposition and surprise, make it an exemplary online magazine. 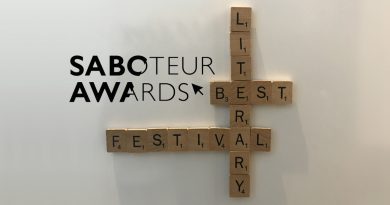 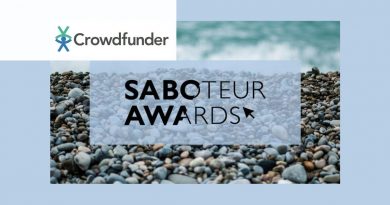