Earlier this year, we at Sabotage opened up voting for the second of our Saboteur Awards (which marked, not coincidentally, our second birthday). At the head of an impressive field was the New York-based magazine Armchair/Shotgun, praised variously as ‘obscure, powerful and entertaining’ and ‘a saboteur in the best and worst ways’.

With its selection of short fiction, poetry and visual art, Armchair/Shotgun does conveniently represent both sides of the printed literature Sabotage aims to cover (as you’ll see later, they’re branching out into performance poetry – we don’t have an award for performance poetry…yet); the visual art is an added bonus. For that alone, it deserved recognition in our Saboteur Awards – but it won because it so impressed our readers, its own readers and our reviewer.

Rory O’Sullivan reviewed the magazine for Sabotage in June 2011 (coincidentally, their second instalment) and complimented the ‘refreshing originality’ contained within Armchair/Shotgun #2. The submissions policy at Armchair/Shotgun makes a real virtue out of anonymity (not the only publication on our list to do so: Anon came third, behind joint-seconds Ilk and New Linear Perspective). That focus on the purity of story enabled Armchair/Shotgun‘s content to ‘distract, grip and absorb’ the reader.

As they basked in the glory of winning our second Saboteur Award and set their sights on the third instalment, two of Armchair/Shotgun‘s editors, Evan Simko-Bednarski and John Cusick, answered a few questions we threw their way. [Disclaimer: the Saboteur Award has no prize outside of a logo for your website, and some kudos]

Tell us a bit about the beginnings of Armchair/Shotgun – how and why did it start? Can you explain the name?

ESB: First off, no, I cannot explain the name. We were discussing the magazine at a bar, back when this was just a thing we were discussing at bars, batting around some truly awful names, and John’s face just lit up and he said ‘OK, how about ‘Armchair Shotgun’? With a slash in between?’

Armchair/Shotgun came about at a time where we were all working in nominally creative fields, but were feeling creatively frustrated. The economy had just taken a humongous nose-dive, and we were trying to be writers, but all of the lit journals we could get our hands on had a kind of optimism or polish that seemed out of touch with our experience. We wanted to make the kind of journal that would take a story solely on its merits, and not on the formal training or critical acclaim of its author.

What’s you favourite part(s) of publishing Armchair/Shotgun? What really excites you about it?

ESB: Hands down, my favourite part is getting to develop relationships and friendships with our authors. These are stories that we pore over for months, debate and hash out and fight for at the editing table. Getting to know the folks behind them is a unique reward.

JMC: A close second is participating in the fabulous literary community in Brooklyn. There are so many amazing writers, editors, and publications here; it’s inspiring to be a part of that.

You carry out some activities outside of publishing the magazine, don’t you?

JMC: We’re all involved in other creative and professional pursuits. By day I’m an author of young adult novels and a literary agent. The fiction we publish in Armchair/Shotgun is very different than the kind of thing I write and represent, so it’s a nice balance. One of our managing editors works in textbooks, another for a not-for-profit. Our publicist is a full-time editor at a major New York publishing house.

ESB: I am a freelance writer, a poet, a performing musician and a bicycle mechanic. About once a week, I sleep.

ESB: With poetry, I’ve never been a fan of flowery verse, or works very beholden to a formal structure. We certainly have published very ornate diction and fairly formal structure, but only because beneath all of that was a gorgeously constructed work of poetry that felt tangible, that begged for a second or third or fifth read. To me, poetry is storytelling without any of the requirements of narrative or grammar. In prose, there’s a linearity to the very structure of a sentence or a paragraph— they necessarily go forward. To my mind the mark of a good poem is to arrive somewhere different than where it started without relying on that linearity, or by playing with it, or by acknowledging it but going somewhere different.

JMC: For fiction, we prize story and character over style. We like to be moved emotionally, rather than wowed intellectually. Finding novel or beautiful ways to write fiction is fine, so long as your literary fireworks are in service of the story. Our taste in art is harder to pin down. We gravitate toward the understated. As with fiction, we’re more interested in craft than concept. As for a perfect meal? After an all-day editing session, nothing beats pizza and beer.

JMC: So far we’ve published two stories about troubled dogs, and a few about lonely drivers on long stretches of highway. I think due to our name, we tend to receive a great deal of rusticana and rural settings, but we’re not looking for any of that specifically. We’re open to all genres, all styles, so long as the piece makes us feel something.

Is there another publication or two out there that you especially admire? Who else should we really be looking at?

JMC: We’ve modelled ourselves after the Paris Review, somewhat. The local folks we adore include Bomb, the Coffin Factory, Electric Literature, Abe’s Penny, the Atavist, and many more.

What’s coming up for Armchair/Shotgun?

JMC: This autumn we released our third issue, participated in the Brooklyn Bookfair, and were honoured to have a story from our first issue, The Kill Sign by Marvin Shackelford, featured in Electric Literature’s Recommended Reading Program. We plan to do many more events in the coming year — panels, readings and the like — and have plans to partner with the Cambridge Writers Workshop for a few literary ‘performance pieces’, for lack of a better term.

ESB: One of the things that thrills me about our latest issue is that, with our anonymous submission policy, all of our poetry and fiction for Armchair/Shotgun #3 turns out to have been written by women. I don’t know if you are familiar with the VIDA count, which tracks the discrepancy between the publication rates of men and women in large literary publications from year to year, but there’s often a lot of talk as to why there is so consistently a bias towards the publication of men. I think it’s pretty interesting that by ignoring our authors names and bios, we came up with an all-female group of authors, and I’m tremendously excited to share their work with our readers.

‘The future of publishing is in ebooks and online, not in printed documents’ – discuss.

JMC: Publishing is transforming into an electronic industry, but print products will continue to have a market so long as people want to buy them. I know I still do. The thing most folks forget is that format is not nearly as important as content. I hope the companies who have found success publishing books don’t suddenly decide to get into the software development business. That would be like Ferrari coming out with a line of fragrances.

ESB: The future of publishing may lie in e-books, but the future of the art form very much requires paper. John and I worked at a radio station in college, and we always noted how terrestrial radio differed from the internet: the radio dial is only about yea big; you’re going to find something even if you’re not looking for it. The advantage of print lies in a particular advantage of the bookshelf— you can only fit so many things on it. This means that someone thumbing through a bookstore is going to happen upon authors they weren’t looking for, because the shelf has been curated. So much of e-retailing is based on identifying and pitching to a reader’s comfort zone. And it has to be that way, otherwise you’re staring at an app-store of every title ever written. But it means that the reader never gets jarred out of their routine the way they can be by a well-thought-out bookstore shelf. In an infinite space one only finds what they’re looking for. Happenstance requires certain physical limitations that belong to print. And that means new and different authors finding new and different readers.

One comment from our voters described Armchair/Shotgun as ‘literate’ and ‘fun’, in a world where the two are ‘too often, mutually exclusive’ – do you think they’re mutually exclusive? How do you manage to be both at the same time?

ESB: I think that there is a tendency to gird oneself against the vulnerability of creativity by being self-important. That’s true in any artistic community, and sadly that means too many literary events aren’t a whole lot of fun. But for us the point of all this is story. We wanted to read better stories. And story tellers are intriguing, interesting and fun people at their core. I think the trick is to be very serious about the magazine Armchair/Shotgun while having as much fun as possible with the organization Armchair/Shotgun.

JMC: Why should literature and fun be mutually exclusive? Books are fun to read. They’re fun to write. They’re fun to go to parties and talk about. Book people are some of the most interesting, amusing folks around. At last year’s Brooklyn Lit Crawl, Armchair/Shotgun, along with a few of our authors, performed a live reading of a Flash Gordon Radio Drama. It was a blast, and utterly goofy, and we hope to perform again next year. If you ask me, books are the most fun you can have in New York City.

That same comment goes on to say that Armchair/Shotgun is good for reading with a drink, but also to have a drink with – what would Armchair/Shotgun‘s drink of choice be?

ESB: A lot of what would later become Armchair/Shotgun developed from weekends in the country with typewriters and bourbon, writing short stories until we were sober. The Armchair/Shotgun drink of choice has definitely spent a while in an oak barrel.

JMC: We’ve been developing the ‘Armchair/Shot’, but so far none of the recipes have quite clicked (ingredients considered include black pepper, mango flavoured wine coolers, and gun powder).

Congratulations once again to all at Armchair/Shotgun, and well done to the other publications that made it onto the Saboteur Award 2012 shortlist. To follow on from the interview, as a dessert, if you like, here’s our more recent review of Armchair/Shotgun Issue 3. 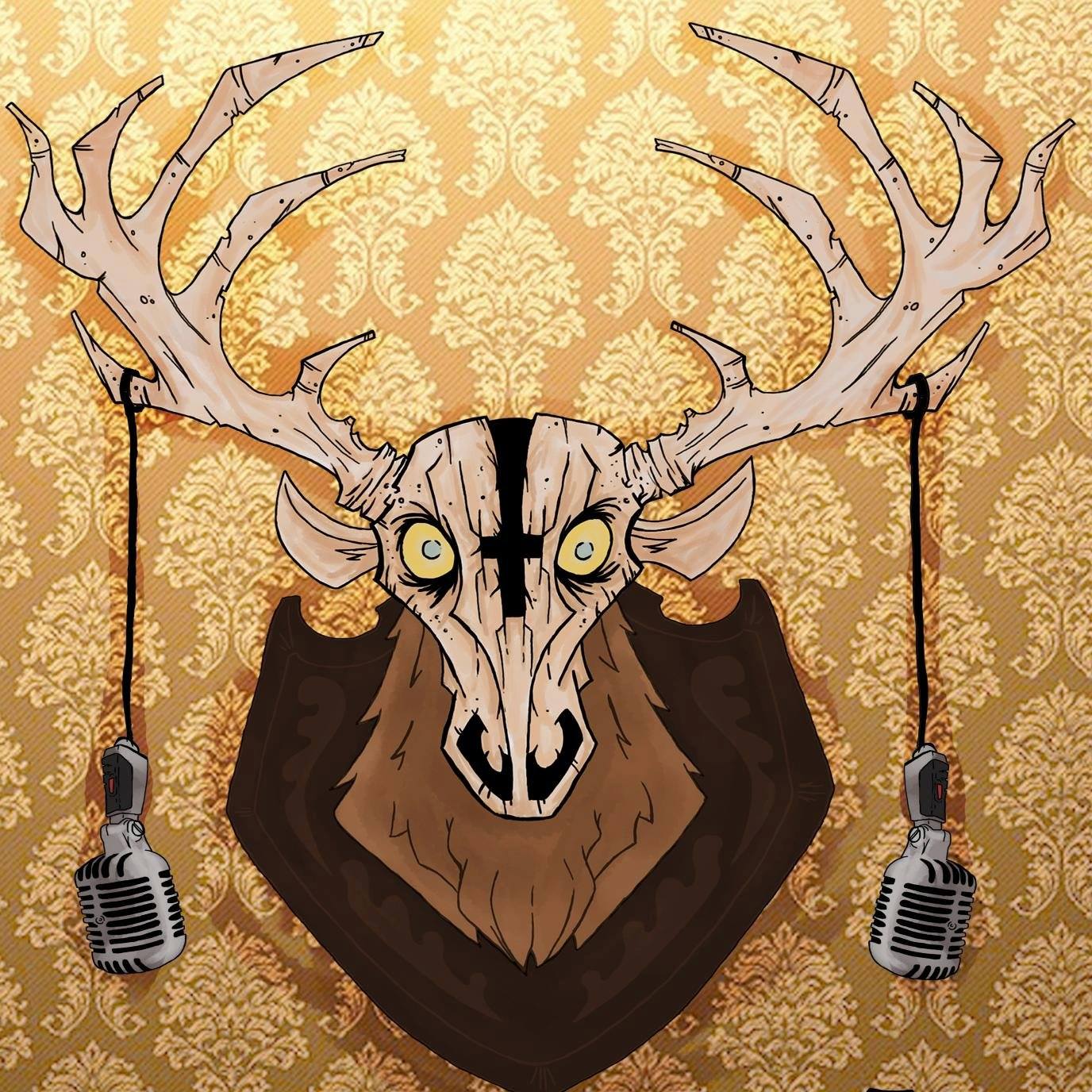 May 6, 2016 Editor Comments Off on Spotlight on the Best Regular Spoken Word Night Shortlist

3 thoughts on “An Interview with some Editors of Armchair/Shotgun”