Blackheath Books is an independent artisan publisher specializing in the making of original books and pamphlets. Hand-letterpressed on recycled paper, limited in edition, their pamphlets are made with love, and it shows. Less inventive in design perhaps, than Adelle Stripe’s Cigarettes in Bed, Jenni Fagan’s The Dead Queen of Bohemia is still a glory to behold. It has been published in a limited run of 100 signed and numbered copies, mine was #30, but given Blackheath Books’ propensity to sell-out, I wouldn’t wait too long before purchasing a copy.

With a name homophoning Fagin, Jenni Fagan’s poems read like half muddy snapshots of streetlife. But this isn’t the city as you know it, the sirens are whale songs (‘The Ether’s Scribe’), chimneys can ‘rattle like umbilical tin’ (Fiddler’s Green) and a naked woman hoovers the street, ‘the plug trails along behind her / like an unwanted toddler’ (‘Watching From the Window at 6am On a Come Down’). The streets she bounds across have a history as dark as the drug-addled present she describes, they are the sites ‘where witches / got drowned poked, pricked and burnt’ (‘A Poem for 10. Nicholson Street). This pamphlet feels both persona and personal, fragmented yet connected by this same rusty, bohemian voice.

Drugs, poverty, violence all feature prominently and when there is danger of these becoming romanticized Fagan whips out startling imagery to bring us back out. ‘Absinthe Abbattoir’ is both Fagan’s worst and best poem in this respect. In it, a group of druggies rub coke on their genitals before taking to the streets. So far so cliché, including their walk down ‘cobbled / streets with guitars / on our backs’. Fortunately there is a blade to the poem with its taut, short lines on which enjambments are cut: ‘our clothes stank of rehearsal /rooms, dust on valve amps’. The poem reveals itself like a lament to castration, the inability to live, ‘too bored to fuck’. The end performance never happens, the guitars are to remain strapped to their backs. The ending is the showstopper:

Yes, Fagan may be walking on well-trodden ground, but the success of the poem hinges on her failing in that respect. The gratuitousness is essential in leading us to the cold edge of those final lines. The rest of the pamphlet is similarly divisive, there is a laziness to some of the poems  (‘It’s an I thing’, ‘Bleeding Heart Lane’, ‘The Happening’) that undermine the whole, but even these less accomplished poems have a seductive exuberance to them. The Dead Queen of Bohemia is far from perfect, but neither are the lives that it tries to capture – it is its very flaws that make it endearing. 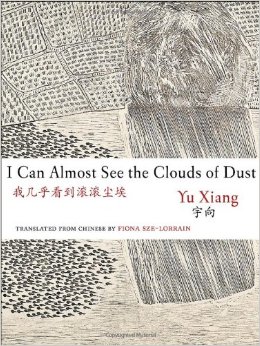