Kindles still garble poetry.  Line breaks are a crapshoot and poets who attempt exotic formatting are thwarted.  So, as poetry moves slowly into this post-paper age, perhaps now is a pivotal time for prose poetry, as it is the only poetic structure that is utterly resilient to e-reader distortion.  Sentences.  Paragraphs.  Right-justified.  Simple.

From Cinnamon Press, This Line Is Not For Turning is a timely and rousing anthology of 91 prose poems from 36 contemporary British poets.  In this selection, the editor, Jane Monson, openly favours conversational and pithy examples of the genre, poems with ‘a good story’, ‘surprising detail’ and ‘a sharp ear’.

There are a handful of longer pieces and these have more elbow room to layer detail upon detail.  George Szirtes does this expertly in his ‘Two of Four Houses’; the first house he describes is filled with music:

‘comprised of creaks, whispers and snuffles; rain on glass, branches on windows, someone yawning, someone singing in a kitchen, someone listening to radio in a distant room, a music always elsewhere.’

His second house, of course, turns out to be ‘much smaller and much more specific’.

More than half of the poems are related by first person narrators, typically offering up personal and often surreal incidents.  Andy Brown uses dialogue subtly to unwrap his characters.  The small girl, the bird and the clown in ‘Clown Alley’ are rendered particularly effectively, with just a few well-chosen snippets of speech.  A dry humour pervades: from Luke Kennard’s profound, and seemingly effortless, drollery, to Rebecca Perry’s elaborate apocalypsing, to Robert Vas Dias’ elegant daydreams.

As each selected poem is relatively short, there are many strong first lines to hook the reader.  There are daring opening moves, offered like wagers – can the poem deliver on the promise of the openings, the underlying premise?  Amongst the opening lines here, there are zingers:

‘By feeding me earth for a week you earned my belligerence.’ (Nathan Thompson)

‘My father had six fingers, a hooked nose and one eye.’ (Linda Black)

‘The oldest man in the world has just died.’ (Anthony Rudolf)

‘The boy built the bridge with just his hands.’ (Lamorna Elmer)

‘This morning she bonded with a biscuit.’ (Joyce Goldstein)

and the especially wonderful:

‘She put the plate down six inches out of his reach.’ (Diana Fairfax)

By including so many short poems, there is a risk that this selection could feel a little choppy – you’ve only just digested one poem when you’re on to the next one, which may be quite different in content and texture.  Actually, that’s fine by me.  One of many favourites in this anthology is the perfectly succinct ‘Unavailable’ by Sylvia Fairclough which, in three sentences, condenses how travellers have to surrender control over their personal surroundings.

As a summary and a signpost, This Line Is Not For Turning is close to essential for anyone with an interest in contemporary British prose poetry.  The book’s introduction raises the question: is prose poetry still a ‘hidden’ form’?  Well, there aren’t many examples of prose poetry in recent state-of-the-nation anthologies like The Best British Poetry 2011, or The Forward Book of Poetry 2011.  But, to me, prose poetry does seem to have increasing relevance and visibility.  The journals and presses from which these poems were drawn continue to show commitment to the form: Shearsman, Salt, Templar, to name just a few.  And, as more poetry is read online and with e-readers, the imperviousness of the form to inconsiderate electronic reformatting can only help.  But I should mention that this anthology is not (currently) available on Kindle. 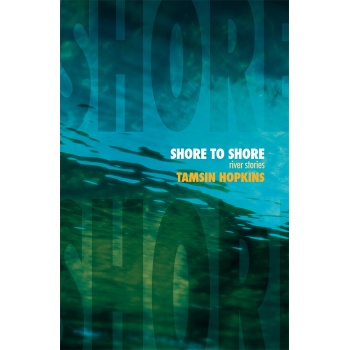 3 thoughts on “‘This Line Is Not For Turning’, ed. by Jane Monson (Cinnamon Press)”