To read Liane Strauss’s poems is to sharpen your mind, deliciously. This chapbook is full of witty, clever, wry poems, which build up the impression of a consciousness resisting vulnerability, developing a sassy voice in response to perceived ‘sour grapes’: ‘you, full of voluptuous objection, / because my verses spill over with push-up / bras and low riding tangas think I’m a girl!’. There is a sprung energy and edginess to her language and content that continually subverts expectation. Perhaps as a defensive gesture, perhaps to satisfy her own intellectual thirst, she references Archimedes, Catullus, Lady Suwo, Socrates, Jesus Christ, Lady Macbeth, Éluard, Byron and Li Ch’ing Chao, among others.

She invites questioning at a conceptual level, by her use of simultaneity, as in the opening poem, ‘Alone in the Night’. Here Strauss jumps between apparently disparate situations, a news piece where ‘Emergency rescue has just freed / the woman trapped for twelve hours / underneath the ice’ and the speaker’s own state of loneliness, where ‘I try to write a poem in which / two ice floes drift and dissolve like willows’. Although there is a self-consciousness here, the wry tone makes it deliberate. This self-consciousness is apparent again in ‘Boy’, where the loved object is treated carelessly, until lost, and then anger sets in and the child turns merciless: ‘She snapped / the head off every last doll she possessed / and heaped the headless bodies on her bed’. She tells us these details, ‘to satisfy those for whom cause and explanation, / and not the simple disposition of parts, is paramount’.

A number of poems deal with the mental engagement, jousting and flirting that occur in relationships, as in the brilliant ‘Archimedes and Me’: ‘that mock-indulgent tone you adopt / whenever you don’t want me to know / how adorable you find me’; and later in the same poem: ‘just as when I really am talking to you / I’m talking to myself again.’ In the title poem, ‘Frankie, Alfredo’, the speaker throws down a gauntlet: ‘Name the dawn. I’ll take your mouths and your money / both hands tied behind my back, in a blindfold / and ten bona fide inches of stiletto’. In other poems, there is a sense of aching sadness for the earlier days of blossoming love: ‘how I used to navigate the corridor as if I always wore / a careless coy chignon in hot weather’ (‘Transcriptions from Éluard’).

Strauss explores all the processes of relationships, from beginnings, to middles and endings, where, it is hinted, the treacherous damage of rumour and gossip are a factor: ‘Like an airborne influenza, word got around.’ (‘Rumour’); ‘although nothing happened, / I have become the subject of gossip’ (‘Variations on a Theme by Lady Suwo’). In the latter poem, Strauss takes a stanza by Lady Suwo, and in a kind of Chinese whispers sequence, cleverly alternates and elaborates on the lines to distort the original meaning.

Many of her poems convey different states of mind using the symbolism of objects: ‘my cold cream’s gone off / my hair clip’s yanked too tight’ (‘Alone in the Night’); ‘I lay gorgeous, enormous eggs / and hatch the most beautiful babies’ (‘Three Ostriches’); ‘a fox dangling from a chair-back / like a provocative suggestion’(‘Self –Portrait’).

These different facets / personalities are revealed in the sequence of sonnets called ‘Three Ostriches’. The first has ‘legs long as summer afternoons and quick as convertibles’. In the second,

my poor knees buckled back,

thump, in a great roar of dust

for everything I know I lack.’

Then in the third, where the ostrich has her head buried, ‘I find treasures all the time, / And it’s so wonderful to be invisible.’

Desire and longing are never far away from these poems, but they need to be kept hidden until safe to reveal. In ‘The Museum of Desires’, there is a subversion too, so that the speaker is not only talking about her own desires, but the desires of the person addressed: ‘here are the thoughts you can’t have / And here are the feelings you can’t touch’. In ‘Hymn (to Sappho)’: ‘in your eyes / neither mercy nor the hunger of desire can be detected’.

There are also be-careful-what-you-wish-for warnings. In ‘The Seamless Future’: ‘sidewalks won’t have cracks….doors will open out of walls like in old houses / with fascinating secrets, but without hinges’. But this idealized future becomes more insidious when, ‘given time, even you and I will emulsify’ like ‘face and fathom, like hours, / like every disappearance, seamless.’

Sometimes, however, her cynicism is shelved in favour of naïve hope, as during the eclipse in ‘Transcription of Éluard’, the couple ‘staked all our love against indifference,’ in spite of faking nonchalance.

It appears to be one of Strauss’s defence mechanisms to use transference. Her frequent and witty use of other speakers, different voices, may be a device to shield close-to-the-bone sensitivities and memories. This strategy serves Strauss well.

But Strauss gives as good as she gets, and her powers of observation are arresting and perceptive, often oblique and humorous too: ‘his hands / which were small, and clever, / like a couple of Marx brothers’ (‘Poetry Lover’).

How we live our lives is another theme, encapsulated beautifully in a lovely sonnet called ‘Digging Ditches’, where the epigraph quotes Byron: ‘If one’s years can’t be better employed than in sweating poesy, a man had better be a ditcher.’

These poems describe the connections, transitions, processes of our days and our relationships in an accessible yet stimulating manner, constantly shaking up our perceptions. Strauss’s attitude is encapsulated in a lovely paradoxical line: ‘what’s love but a Molotov cocktail’.

In fact, her work might be summed up in ‘Childhood’, a stunning poem of paradoxes, which manages to capture life’s contradictions, changes of direction, allegiances and discoveries. And here we see her resilience too: ‘Each has seen a world disappear, / seen another rise up out of oceans to meet it.’ She reminds me of Scarlet O’Hara – and I can’t wait to see what she does next. 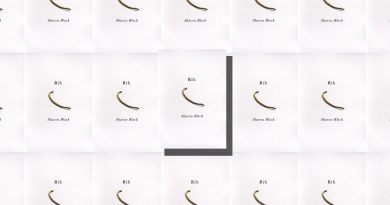