‘We like daring, lucid, erudite, amusing and infectious writing,’ writes the editor of the online fleeting magazine, Matt Shoard, a Kent University creative writing lecturer. There’s also an endorsement by one critic: ‘Some of the most stylish and provocative new writing online’, so I delve further.

The first thing to strike me is the series of arresting and startlingly beautiful photographs which are mostly by staff photographer Miss Aniela. These are attached to certain pieces of writing, creating a strange and interesting conversation between the two. I especially liked the one accompanying ‘Afternoon’ (a black and white image of a young guy almost up to his chest in a lake) and the photo going with ‘The Distance Between These Things’ – a thought-provoking image, which shows two drenched figures, heads hanging back, maybe from a raised trampoline. All sorts of moods are possible.

The About page also introduces the rest of the fleeting staff: poetry editor Tammy Ho Lai-Ming, who has edited three other journals and is a published poet; David Whelan, a journalist who has written for the Guardian, Times, Sunday Times and Independent, who does the author interviews; David Miller, who won Literary Agent of the year in 2008, is a consultant; Dan Hales, editorial assistant, is an English and Creative Writing student at the University of Kent.

On the clean, clear Submissions page, we are told that fleeting has an acceptance rate of less than 1% – now there’s a challenge! But they helpfully add that you’ll hear from them within a few days, so no agonized wait. There’s also ‘a taste of what works’ and an invitation to ‘look around’ which takes the reader to poems and short fiction that has not only been published in the magazine but has also won or been shortlisted for ‘The best short writing in the world’ award, run by fleeting magazine. You can read the winners and shortlisted work on the Prizes page.

There’s also editorial advice offered – visit The Clinic, and for a startlingly reasonable fee of £2 you can have your poem critiqued. The feedback is impressive, with a list of testimonials, one of which reads: ‘This was the most detailed and exciting feedback I have ever received ‘.

Four pieces of fiction which I found compelling were ‘The Financial Lives of the Poets’ by Jess Walter, ‘The Confusion’ by Ken Poyner, ‘The Poppy Festival’ by Chris McCormick, and ‘Forever Breathes the Lonely Word’, by Ashley Stokes, a previous Bridport winner. (Matt Shoard obviously likes lists, like me, because as well as this one, there are a number of other ‘list’ pieces of writing, including ‘Footnotes in Search of a Story’ by Adrian Slatcher, ‘Tuesday 26 July 00.51-1.22am’ by JDA Winslow; and ‘I $ you’ by Chelsea Martin).

The Poetry page is equally diverse and consistently surprising and interesting. One particularly striking poem is ‘Shanghai’, by David A.F. Gui. The titles of some of the other poems should give you an idea of what to expect: ‘The Lepidopterist’ (Robert Masterson); ‘Poetry Terrorist Alliance (PTA) Video’ (Brett Bevell); ‘While Facing the Urinal’ (Marc Vincenz); ‘Grey Men’ (Mario Petrucci); ‘Mg – Magnesium 12’ (Marj Hahne); and ‘Negotiation’ (Tammy Ho Lai-Ming).

The Prizes page features The Best Short Writing in the World prizes for 2010 and 2011 (a title coined by the magazine, and a competition judged by them.) First, second and third prizes are personalised subscriptions to Stack Magazines. It’s an added incentive to submit work, knowing that it may be shortlisted for such a cockily titled competition! ‘In my opinion, there couldn’t be a higher accolade’, writes one fan.

All in all, the three-year old fleeting is an exciting addition to the online journals available. It’s definitely one to watch. 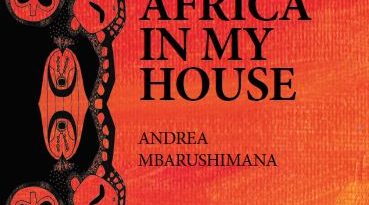 One thought on “‘Fleeting Magazine’”