There is an extravagance of imagery in Chrissy Williams’ Flying into the Bear, as the title suggests. These are poems that storm barricades, resisting definition, although they may break down ‘against the shore, the shore, the shore’ (‘The Bear of the Artist’). One important aspect of the imaginative flight or alternative realism (as Matthew Sweeney would describe it) manifested in these poems, is an atmosphere of the ecstatic, seen in sudden lateral movement, unexpected surges of the psyche, pleasurable and spontaneous. Yet there’s also something so self-contained and autonomous about these poems that reading them is a little like power steering.

Chrissy Williams is a poet who gives birth to herself over and over again. Each poem is a surprise.  There’s a lightness and quick wit in many that nevertheless reveal, in animation-like sketches, a dash of something subtle, unexpected, mischievously humorous, or delicately poignant.

In one poem, the speaker describes how ‘possibility burst like a horse full of light’ and this is another key element of the collection – the notion of possibilities, embracing the overthrow of analysis. One example is ‘The Invisible Bear’, where we are instructed to enter the vertical moment, forsaking balance, escaping from time and the planet:

‘… fly into the stars…say goodbye to your planet
in the rearview mirror. Goodbye horses, goodbye Boris Johnson,
goodbye the sun, the moon, all our wrong and stupid choices.’

This chapbook, surely one of the most exciting this year, is full of tilted perspectives. What unifies the collection is a fascination with the perceptual versus the actual, the internal versus the external. In ‘The Burning of the Houses’, the poet describes birdsong as ‘a sound installation of birds / cooing outside my office window.’ She captures the crossover of the virtual world into the real, where breaking news on FB and Twitter become more important than the evidence of our own eyes:

‘This is London. Hackney is on fire now
and Jamie is looking up from his desk.
He stops working. He tweets that he can see
people smashing up a bus….
and Anna is Facebooking furiously from Manchester
calling everyone bastards for doing this.
I am watching the BBC and reading Twitter
flicking between #LondonRiot and my friends….
But it’s okay now, some of my friends
are linking to videos of kittens which must mean
everyone is fine.’

The danger of offering a charming enactment of disorientation is that it can become a homage to dissociation. Williams manages to avoid this, however, with her ironic ending. But she also celebrates – and emulates –  the imaginative possibilities of online video games in ‘Robot Unicorn Attack (A love poem for a video game)’, where:

‘Possibility bursts like a horse
full of light, accelerating
into a star…’

In Williams’ poetry, realism and fantasy coexist without apparently creating a logical dilemma for the reader.  While there’s a risk that the avant-garde can succumb to its own rituals, rather than affecting the reader emotionally, the velocity and interesting disruptiveness of Williams’ poetry not only offer a novel point of view, they also provoke thought. The bear inside the poet’s head, the horse full of light, lemon grass that transforms into stars, bubbles that burst with epiphanies, a mask that uncovers the truth, all make the reader pause to absorb subliminal messages.

The appeal of her language is that it’s natural and conversational. Clarity and accessibility go a long way in poetry. She also makes use of the incantatory impact of repetition, and of association. Her poems connect through images, patterns and themes. For example, the bubbles in ‘Bubbles for Reuben’ appear again in ‘Green Lake’ where they ‘swarm’ in the water. Her surprises are in her imagery, form and mental leaps. For example, ‘Instructions to the Lemongrass Artist’ contemplates the time travel, evolution and the origin of the universe from the point of view of a blade of lemongrass. Stanza 7 of eight stanzas reads:

‘7.
Lemon Grass is a thousand stars seen by day, a lit sky, a light formed of many
lights.
TEXT: STARDUST’

Most poets have a preferred form, so that the poems in their collections have a consistent visual appearance on the page. Not so with Williams. If aesthetics are an indicator of temperament, I would consider Williams more exuberantly Latin than British – not surprising that she is half-Italian. Her variety of form shows a lively imagination and playfulness at work. As she writes in ‘On Getting Boney M’s Cover of Mary’s Boy Child by Harry Belafonte Stuck in my Head’, (I haven’t even mentioned the fantastically original poem titles!) she writes: ‘We make things new to make them new. /This is what we do.’

Chrissy William’s gift to the world is her buoyant attitude; as a child says in ‘The Puppet’:  ‘Nothing is grim here when you sing’.  It’s also the insight with which she gathers and blends perception and cognition. I particularly enjoyed her many references to other artists, writers and performers, which adds resonance to her work.

Williams has devised for herself, and learned to inhabit, a kind of poem that is nonlinear and intuitive, one that can incorporate and digest its own doubts and feelings as it goes along, without requiring that they be brought to crisis. Even though the opening poem reminds us that ‘there’s nothing worse than a bear in the face, when it breaks’,  her second last poem, ‘The Invisible Bear,’ whizzes us out to space, to say ‘goodbye to your planet in the rearview mirror’ before exhorting us to ‘Go back, go back, go back. Plant your feet into the earth, into the Earth….be dazzled by the daylight.’  In spite of the warning in the final poem, it’s the dazzle that remains for this reader. 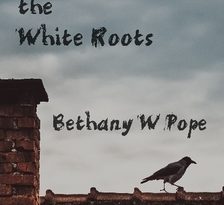