A.J.Ashworth, the editor of Red Room – a collection of short stories (and a poem) ‘all inspired by the Brontës, their lives, their work’ – writes in her introduction to the collection that ‘[t]he Brontës fascinate us’. There is no doubt this is the case, despite the passage of over a hundred and fifty years since the death of Charlotte, the last Brontë sister. Such continued adoration was recently evidenced by a story in the Telegraph, concerning the sale of a Charlotte Brontë letter, written to an admirer of Jane Eyre, which fetched around £24,000. It was with interest, then, and a shared love of some Brontë texts, that I approached Red Room, a collection of stories ‘written by some of the best short story writers in Britain today’. A percentage of the sales of the anthology will raise funds for The Brontë Birthplace Trust in Thornton. Trustees and readers will not be disappointed by their efforts. This is a marvellous little book; the stories themselves only take up about 120 pages, but they are brilliant evocations of the Brontë novels, poems, or scenes from their lives. The book contains a useful list of biographies at the end and – cleverly included by the editor – a collection of notes recording the inspiration behind the stories, helping the reader understand how each writer came to construct their story, and the Brontë novel/poem/experience that they took as their springboard.

A couple of the writers in the collection I was familiar with – Man Booker-shortlisted Alison Moore and Saboteur-nominated Tania Hershman. Moore’s story, ‘Stonecrop’ takes its inspiration from a line in Wuthering Heights, and portrays a timid, dominated young girl who turns out to be not so innocent or naïve after all. Hershman’s story, ‘A Shower of Curates’, takes the first lines of all the Brontë novels to create a mid-Victorian remembrance; that is, a kind of diary entry written by a nameless male. A fun exercise for the reader would be to go back to the Brontë novels and see where Hershman used the first lines and how they inspired her.

David Constantine’s ‘Ashton and Elaine’ is a hauntingly brilliant piece of writing, one of the best stories I have read this year. His intention had been to provide ‘a sort of utopian answering back against [the] cruelty’. He is achingly effective in depicting a damaged, broken child in Ashton, who had been hurt by people unknown to the extent that he ‘shook as though under the skin he was packed with raddling ice’. Mute though not uncommunicative, Ashton is sent to a children’s home, standing on the moors in a ‘scoop of frozen stillness’, in order to recover. Surrounded by snow and ice, he does not see desolation or isolation in the moors; instead, the snowfall opens up chinks in his silent defence – ‘nothing very concrete or easily describable, more like a shift of light over a surface of ice, snow or water.’ The rugged landscape of the moors emblemised the passionate relationship between Heathcliff and Cathy in Wuthering Heights; in ‘Ashton and Elaine’, Constantine teases out the nurturing, less violent benefits of the moors. Ashton’s slowly developing relationship with Elaine and her family is handled tenderly, never mawkishly, even during the very moving scene when Ashton finally speaks. This is a lovely story, containing passages that I returned to and read again because of their understated beauty.

Equally powerful is Sarah Dobbs’ ‘Behind all the Closed Doors’, which ‘was written as an attempt to understand the grief that goes with losing a parent at such a young age.’ Dobbs doesn’t specify which – if any – Brontë novel or poem she singles out for inspiration, but the impact of her story loses none of its resonance for that. Through gradual hints and suggestions, we learn that young Henry’s mother has died. Random adults care for him, an uncle who ‘looks a bit like Dad. If Dad’s features had been smudged away like the numbers on the board’. Henry’s life has disintegrated. He goes to sleep dressed in his school uniform. In a powerful reflection of the family’s now-shattered life, he cuts his mother’s favourite book – presumably Wuthering Heights – to pieces. Although riddled with grief, the story has comic passages (said uncle, mashing eggs in the kitchen smells of ‘poo and pepper’), and captures the probing, inquisitive nature of a child’s bereavement.

Felicity Skelton’s imagining of an amorous meeting between Charlotte Brontë and Napoleon is also well written (‘The Curate’s Wife – A Fantasy’); Simon Armitage’s poem, ‘Emily B’ is disarmingly subtle yet powerful with its portrait of the Brontë sister. A gorgeous opening: ‘Too much rain/in the blood. Too much/cloud in the lungs.’

If I were a Trustee of The Brontë Birthplace Trust, I would be proud to have Red Room as a means of raising funds. This is a fantastic collection of stories, a real treat for all Brontë-lovers and for those who simply love a good read. 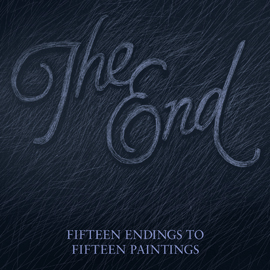