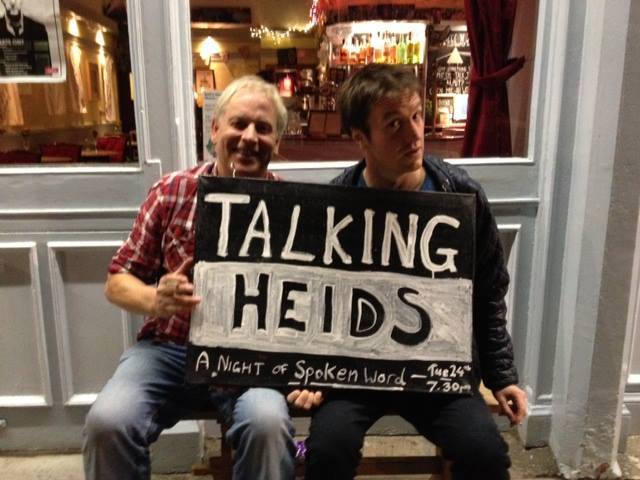 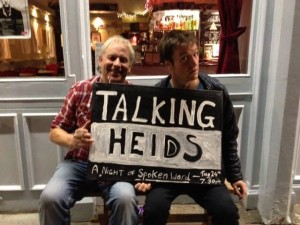 We’re back in Sofi’s, drinking quietly amidst the flickering light of the candles. The stage is a bustle of amps, and the mic stands solitary against a red wall lit gently by a set of white fairy lights draped around the platform, framing the performer. ‘This Must be the Place’ bursts out over the speakers ready for tonight’s evening of Talking Heids.

Colin McGuire steps up to the stage and gives us an introduction before launching into his first poem; ‘LGBT – BLT’, a playful poem that puts the sex back in sandwich. Colin’s as energetic as always, tongue twisting through vowels and slipping through both sensual and sexual imagery. He’s an eruption of limbs, shaking as each plosive pushes through his lips. He performs a couple of poems he also did at August’s SPOKEN, recites a poem exploring the life of couples in contrast to being single (from the romantic to the debased, sweat, semen and all), give us a reading of the short and steady ‘Parable of the Fence’ then follows up with ‘The Sleeping Epidemic’. Colin opens tentatively, building tension to draw the audience in before launching into a semi-political tirade; a wake-up call for the masses. As the content thickens, so too does the pace; faster, louder and with rhythms ever rolling-on, McGuire holds onto the mic stand for support as he belts out his lines, while the audience leans in for every word.

We break for fresh drinks, ordering pints over the dulcet tones of ‘Road to Nowhere’ then Janette Ayachi hops on stage. She’s tells us she’s got a new chapbook out called ‘A Choir of Ghosts’ published by Calder Wood Press, and that she’ll be reading a poem or two from the collection this evening. She starts her set with ‘White Horse’ a poem about the pub on the Royal Mile, which she delivers softly over the mic; each scene sketched in a kind of lyrical sepia with sharp visuals, strong tastes and an eccentric warmth. Her description of an old man at the bar approaches a kind of mature dreaminess; tinged with nostalgic longing. In ‘Rehab and the Red Sea’ Ayachi swirls sea and sex together in a vision of Amsterdam where the men, ‘slither like hooked fish’ to be ‘unhook[ed]’ by seductive women. Ayachi makes extensive use of alliteration to keep the poem slick and smooth with the rhythm nestling comfortable behind the seductive softness of each line. Her poems are a culmination of individual particulars; Carver-esque glimpses of objects on worn tables or the scraping of fingernails through soap that together form a larger image or scene.

We pause for cigarettes and more Talking Heads. ‘Take me to the River’ plays and a fellow at the bar says something like, ‘Talking Heads and poetry in one evening? Best night out ever,’ and I’m inclined to agree. The track fades and Colin introduces Kevin Cadwaller. He takes to the stage slowly and strikes off some sharp wisecracks in the process. He starts with a Dalek poem (because he always gets asked to do one) and breaks into crispy electronic vocals in a number of verses exploring a Dalek beautician’s guide. The audience is in tears as Cadwaller wails ’brillo pads and battery acid, / because I’m worth it’, the humour is razor sharp and he’s confident with both mic and audience. We’ve barely started applauding before he’s reading out a number of alternative anecdotes, histories of neighbours and humorous encounters with shop owners. His encounters are deeply social; all voices, conversations, call-and-response and misunderstandings presented in a dry style. He reads a poem on Margaret Thatcher which get’s a few cheers before the audience is pulled in for the chorus of ‘Racist Pat’. He leaves the stage with a round of applause and we call for more! More! But every show has to come to end and an encore is (unfortunately) out of the question – though Colin assures us that he’ll be back with more poets on the 26 Nov for the next Talking Heids.

Talking Heids is the first of a new free monthly poetry night hosted by Colin McGuire in the living-room comfort of Sofi’s Bar. With a fresh line-up every month, it shows great promise as a platform for poets based in Scotland, and is an ideal evening out for the poetically minded. 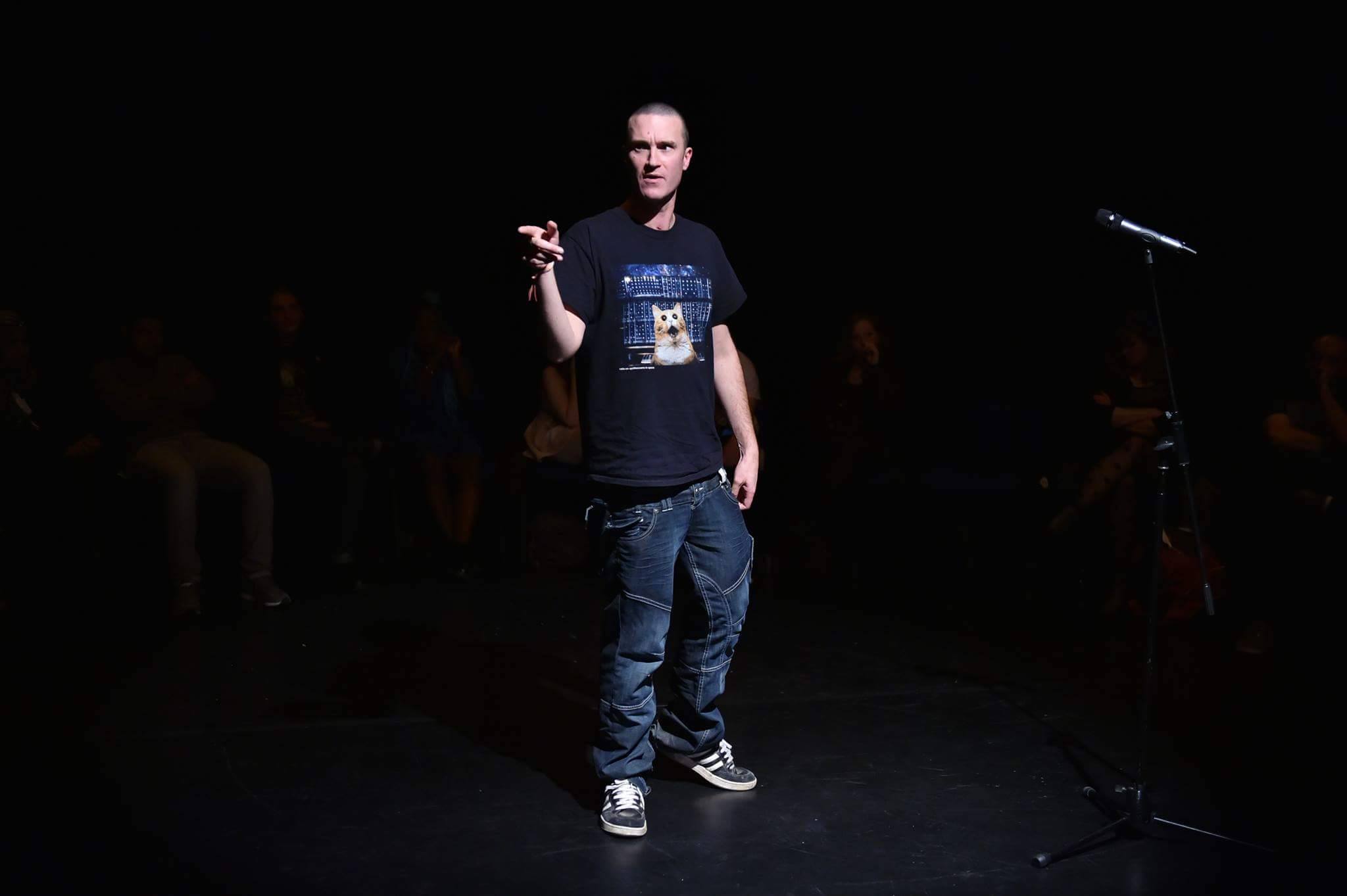 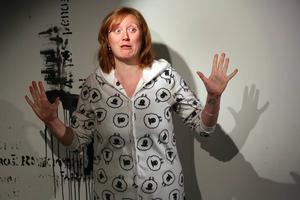 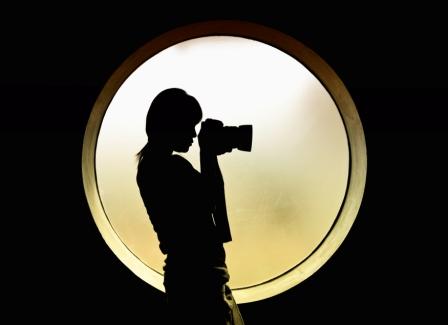