While many journals choose a specific theme for each issue and attempt to create a sense of continuity through their selection, Poems In Which takes a different approach: Amy Key and Nia Davies, the creators and editors of the journal, stipulate that submitted poems should have a title beginning ‘Poem in Which…’, and in doing so have instantly succeeded in setting a tone for their journal. And this unifying concept certainly has the potential to allow Poems in Which‘s contributing poets full reign of their imaginations, while remaining tangible enough to provide a link between the poems.

This review concerns itself with issue four of Poems In Which. By this point in the journal’s existence – it was first launched towards the end of 2012 – I expected to find an issue that was thoughtfully put together, and that was confident in both its overarching identity and the individual poems that it presented. In many ways the issue did not disappoint: the journal’s unusual framing device paves the way for an eclectic array of contributions. The poems vary wildly in tone and subject matter, but are often brought together by the oddly sign-posting effect enforced by the journal’s submission requirements. In reading through the poems, I was, however, surprised to find that despite the submission brief, not all poems in this issue were ‘Poems in Which…’, and I found the inclusion of these exceptions a bit baffling. While some of these poems are a good addition to the collection – Joey Connolly’s poem ‘Chekhov’s Gun’ is a witty follow-up to the issue’s opening poem by John Canfield, ‘Poem in Which We Compare Several Descriptions of that Ingenious Hidalgo of La Mancha’, for example – overall, these inclusions often seemed incongruous to the theme of the journal.

As a rule though, the quality of the poems presented in this issue is not bad, and there is enough variety between them to ensure that there is something for everyone. In my opinion certain poems set themselves apart from the rest: I particularly enjoyed Josephine Corcoran’s ‘Poem in Which We Hear the Word ‘Drone”, which presents the reader with an abstract associative map of the word ‘drone’ that gradually becomes menacing and concrete. Similarly, Nicola Gledhill’s ‘Poem in Which I Send a Postcard From The Gobi’ uses very sensual language in order to evoke and encapsulate a specific moment of a holiday in the desert, as the poem explores the disparity between the promises and the reality of travel:

In the two poems above, the direct succinct nature that the poetry genre can afford us is used to great effect, but other contributions such as Bobby Parker’s flash fiction-like ‘Poem in Which You Blame the Demon’ are much more vernacular, visceral, and urgent in tone: it begs to be read out loud. Abigail Parry’s ‘Poem in Which Girl Speaks to Snake’ also deserves a special mention in its inventive depiction of a continuing cycle of lost innocence, while Dollie Stephan’s use of the surreal in her ‘Poem in Which A Fridge is Broken’ makes for an impressionistic portrayal of social dysfunction:

“In the cafes, and restaurants, and
in people’s kitchens, and in front of televisions and
at desks and between appointments, and on
the beach, people swallow their grief with their lunch,
it tastes like grief tastes, in a third life
people don’t notice, they think their lunch tastes
like this.”

Through this wide range, Poems in Which presents the reader with a patchwork of different approaches to poetry, ranging from intimate to almost clinical, from short and succinct free verse to rhythmic ballads. And here, in terms of the construction of the issue itself, I think that patchwork is  the correct term: as with musical albums, I usually like to see a sense of coherence and perhaps continuity within a collection of poetry, but I’m not sure that this would have been possible – at least in this issue of Poems in Which. Perhaps too, it is also this sense of a haphazard journey, always stumbling into a new and unexpectedly personal poetic direction, that cements the charm of this journal.

Ultimately, by choosing such an open-ended prompt, Poems in Which is able to explore poetry and its poets’ relations to the genre from all angles. Naturally, the variety to be found within the issue is a bit of a mixed bag, and I am sure that each reader will have a different opinion of the poems to be found within. While it is true that I preferred certain contributions to others, as a reading experience I found the issue to be an inspiring and often thought-provoking journey through the featured poets’  imaginative outlook upon and understanding of their worlds. In this way therefore, I think that Poems in Which can be said to have succeeded in embracing the elusive nature of the genre that it presents. 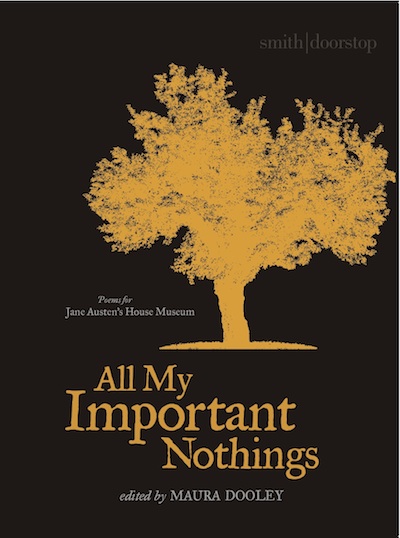