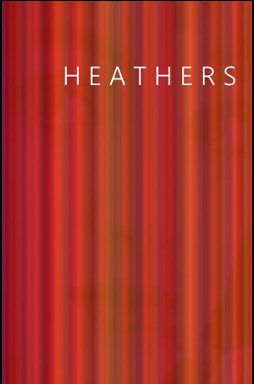 Yes, I thought of the 1988 cult film when I saw the title of this new collection of Young Adult fiction from the Pankhearst collective, it’s nothing like Heathers, so why call it Heathers? For Producer Evangeline Jennings its more like re-claiming Heathers, Heathers could have been a culturally precise movie, but instead:-

[it’s] not so much a classic high school movie as a movie about how Hollywood looks at high school.
Because that’s what Heathers is – to me, at least – a dark and cynical post-modernist comedy at the expense of everyone else – other film-makers, TV show producers, the pop music industry, and anyone hawking any kind of teenage culture, genuine or faux. Rich kids. Troubled kids. Fat kids. Suicidal/homicidal kids. Aren’t they funny? 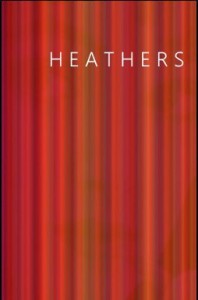 So, in this monster collection of 24 emotionally, walloping short stories (this is my only beef with Heathers, I would have preferred the collection in two volumes) we have all justified angst ridden slices of teen life, the only nod towards Heathers the film, is that every story contains a character named Heather.

We have the kids who turn the tables such as in ‘Sushi’ (Simon Paul Wilson) a curious and clever take on cultural stereotypes, in fact in such a clever way that I performed an air punch at its conclusion. ‘Hat’ (Karen Eisenbrey) gives us a much more subtle ‘aha!’ moment; as the story finishes, we know that bullied kid is going to be just fine.

The themes of envy and the consequences roll through the book, more so in ‘The truth is you’re to blame’ (Pippa Whitehorn) and ‘Yard Sale'( T.S.W Sharmen). In the former, a subtle tale unfolds exploring the mystery behind a failed suicide with its references to the use of social media and its consequences in real life. Within ‘Yard Sale’ envy appears to trigger a set of circumstances that the protagonist, in true teenage fashion, believes she caused , but as we eventually learn, we are just small cogs in life’s narratives.

Abuse and its effect on a teenage girl are narrated through three poems, dispersed through the collection. In ‘minor things’ (the umbrella title of the set) Kate Garrett does what all good horror writers do, set up the clues and leave the horror to your imagination, for example:-

-Sunlight through the windshield bakes
the interior, the girl a piece of clay
in his kiln

A postmodern tale by P.S Brooks charts the contrast between addiction and an almost Freudian (intentional?) tenet. Coincidental tragic consequence awaits the fate of a heroin-addicted teenager as we follow her from shoplifting in Tesco to a holiday in Italy in the aptly named ‘Chiaroscuro’ (‘light-dark’ in Italian).

Living up societal gender ideals takes us to yet another facet of ‘hidden’ teenage life. In ‘Sandwiches’ (E.R. McTaggart), we have a young women methodically going through the motions of becoming an ideal ‘lean’ shape, the story is not a magazine puff piece about anorexia, rather it charts the journey between crisis and control. Crisis is exposed in ‘Girls Interrupted’ (McTaggart again) as a teenage boy confronts and questions his ‘typical’ masculine behaviour, recalling a series of events on a night which ends in tragedy. McTaggart’s use of the names of the months for the various girls involved gives the reader the sense that this boy is methodically doing what the adult world would expect him to be doing. McTaggart succinctly draws on different gender norms, when the character May explains :-

The lines between gender stereotypes are then blurred even further in ‘All the girls’ (Tee Tyson) a topical exploration of biological sex vs gender. The action takes place within (what I can only assume from American movies is) a high school setting, where the protagonist sets out to stop another student being bullied with unforeseen consequences.

Within this collection, I looked to stories my teenage self might have identified with. I found them in ‘Metro’ (Lucy Middlemass), the lead character is riding around the metro transport system in Newcastle-upon-Tyne and realises she has more than just sign language to learn from her deaf friend. In ‘Love and the ancient art of mixtape’ (Evangeline Jennings) we are treated to a truly nerdy depiction of how to make the perfect mixtape (never call it a playlist!), to win over the object of your affection. The absolute gem within the the collection was ‘On the Line’ by Layla Harding, the insight into the real panic and worry a teenage mind contains, cleverly set as the character is playing a basketball match.

‘What’s Your damage?’ is the book’s sub-title and indeed, we have a comprehensive list of damage, the way the collection is put together blends the kaleidoscope of thoughts, feelings and the panic of personal responsibility without the reader needing to put down the book and run for cover, even if it does feel like a marathon read.