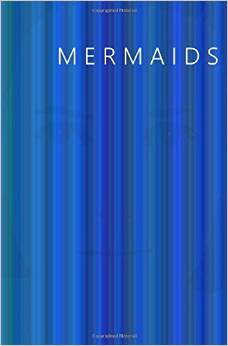 Mermaids is a collection of novellas and short stories previously published as ebooks by Pankhurst. Pankhurst is an exciting project which skates on the borderline between self-publishing and small presses. Last year it published eight ebooks, next year it intends to publish twelve more- one a month. Mermaids is a collection of some of the best, all arranged around a common place – a modern Atlantis, populated by emotionally stunted workers. 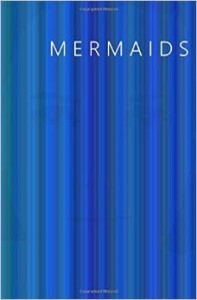 The collection is arranged into a vague narrative; so the first story ‘Our Russian Soldiers’ by Lucy Middlemass, is set before the new underwater city is built. Instead this first story and the next are set on a community of boats. The situation is reminiscent of Noah’s Ark – bringing a biblical element to what would otherwise be a simple warning about global warning.

After the first two stories however, there are more flashes between different pockets of time amongst the stories. Some of the stories are very similar to each other, but others describe the underwater city and the people inside it very differently. This seems to suggest that the stories are different adaptations of the same place, instead of being directly cohesive. This factor is also what makes the collection so interesting. We get to see many different points of view of one place. This also adds to the viability of the book, it is almost realistic enough for us to accept it is an honest document, with future writers donating their own versions of what life underwater is like. The sinister front plate of the book suggests this further: ‘People like us. A planet like ours. Where five out of every ten teenagers won’t live to see twenty-one.’ This dedication to authenticity is what makes the collection stand out from other young-adult fantasy.

Before the city is built there is chaos, yet the characters in the stories set then are much more relatable and seem far more human. Inside the city signs of an intense dystopia abound. The people are virtually psychopaths, turning on each other and pitching their children against each other in a kind of underwater Hunger Games. One of the key signs of a dystopia is the control of reproduction. For some reason it is particularly psychologically scarring for a society to be depicted as controlling the number of human pregnancies allowed. There is something about this which suggests absolute tyrannical control. The world in Mermaids covers this aspect and many others. It is truly disturbing.

However, despite the complex issues explored and the cover plate’s insistence that the book is for ‘Young Adults of all Ages’; the stories are in places fairly immature, and are certainly more suitable for a teenage or Young Adult audience, rather than being serious fiction for adults. However this works very well- the collection seems to know exactly what it is and caters for its specific audience with skill. The stories also bring to the forefront an issue that needs to be effectively expressed to young people- the issue of global warming.

Overall the book is an interesting experiment, which plays around with the concept of Young Adult fiction very effectively. The collection refuses to be run-of-the-mill and instead speaks about another universe with assurance and detail. Alone the stories are still very well written, but together they form a fascinating document of a predicted future.