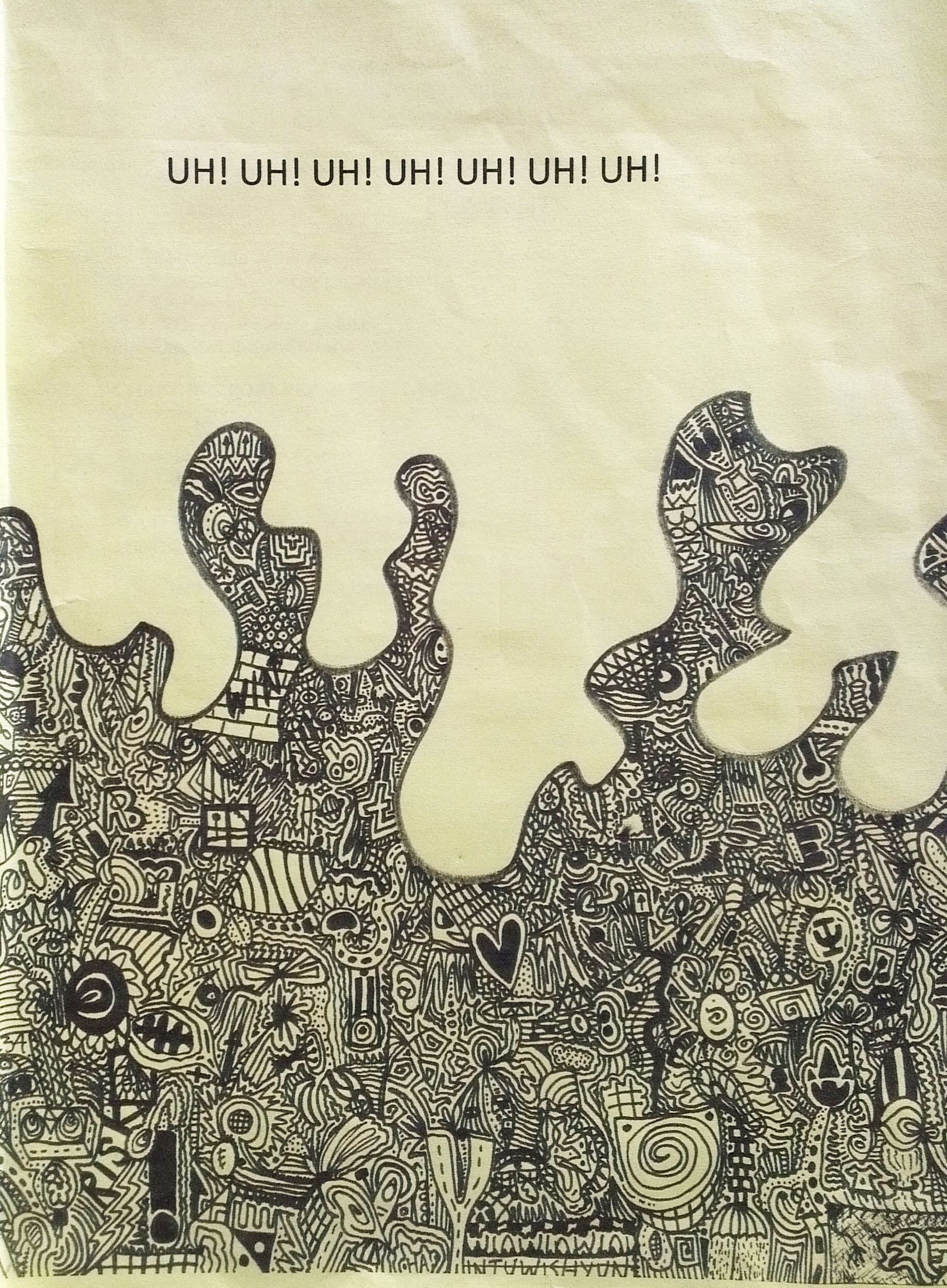 Zines! Hell yeah! ”If you don’t like zines you’re boring!” That’s what zines are saying to you. A couple of kids and a photocopier that’s all it takes to change the world. The printed version of a rally cry. Take up arms against all the tradition that keeps you down!

What colour paper? Fuck it! It doesn’t matter. I’ll print on anything. You can almost hear the cheers from the photocopy shop now, from the corner of every office that got their temp all disgruntled. Everyone should make a zine in their life, if only once. It doesn’t have to be good it’ll be great.

Review something that screams ”You can’t review me!”? Nah. Doesn’t work like that. These kids have banded together knowing they’ve got some ideas that need to be shared. Seven low quality A4 pages, all different lurid colours, crudely stapled together and it’s still the coolest thing I’ve seen all day. A mish-mash of styles, ideas, forms. 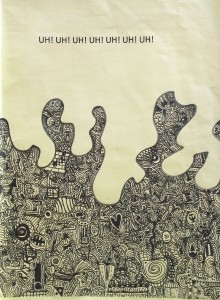 It’s hard to single anything out. The table of contents doesn’t correspond to the pages that come after. They’re in a seemingly random order. There might be a page missing, I can’t tell. Half the web addresses under writers’ names are completely fictional (examples being ‘www.brokenballet.ccccccccom’, ‘www.the-audience-might-be-corpses-but-the-dance-is-real.co.uk’, ‘www.com’ or my favourite ‘I didn’t even know we were at war until I won!’). The ones that do work show that this is a group made up of writers, poets and visual artists. After that, Mercurius Unlimited, under which they produce UH!^7 is a mystery.

It’s a shame that the zine is an uncontrolled flash in the pan of creativity because some of the writing within is well worth following up. ‘Words For Catherine’ (by any one of the authors, as the story isn’t listed in the contents) is a break-neck sprint through a London that is splattered with fizzling energy.

An actual love-riot breaks out, charity gangs throw hard cash up and down the mobbed streets, cackling balaclava’d grannies push each other in shopping trollies past the flames;

This is a love letter to a nocturnal superheroine who we try so hard to keep up with through the parties and power plants of her turbulent life. It’s a A4 punch to the face from a writer who knows just how far to push sound and description to create the story we all want to hear.

There’s some straight poetry in UH!^7 – Bridget Nkomo presents work that feels like performance poetry presented on paper – but mostly it’s experiments given form. A sketchbook for overactive brains. Oktawia Petronella composes a musical score, ‘An Ongoing Train’, that creates an everlasting riff that lumbers ever onward. She writes, as a sort of footnote, ‘Finding a sense of comfort… within… discomfort…’ and that is what emerges. You fall into the repetition and give in to the fact that it’ll keep going. (I performed it on looped piano in case you’re interested.)

One of the last entries is a page of ‘Some handy cut-out and keeps’. With sections such as an emergency poem and a list of pictures improved by soft filter lighting you remember that this whole thing, for all the shouting and near-manifesto style writing, is supposed to be fun, and it is. If only it were easier to find these masked makers and get more! Maybe you’re not supposed to get more. Maybe you should take UH!^7 as a catalyst to do something bigger. A page, untitled and unsigned has the sentence ‘Everything you thought was real was placenta for the really real.’ A little visceral, but how true. 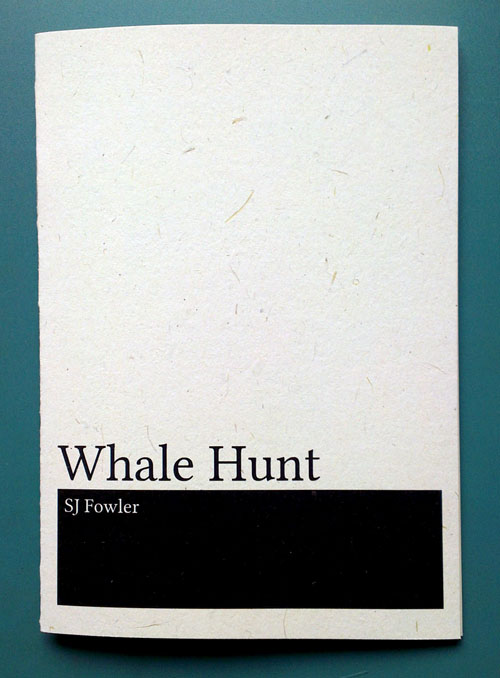