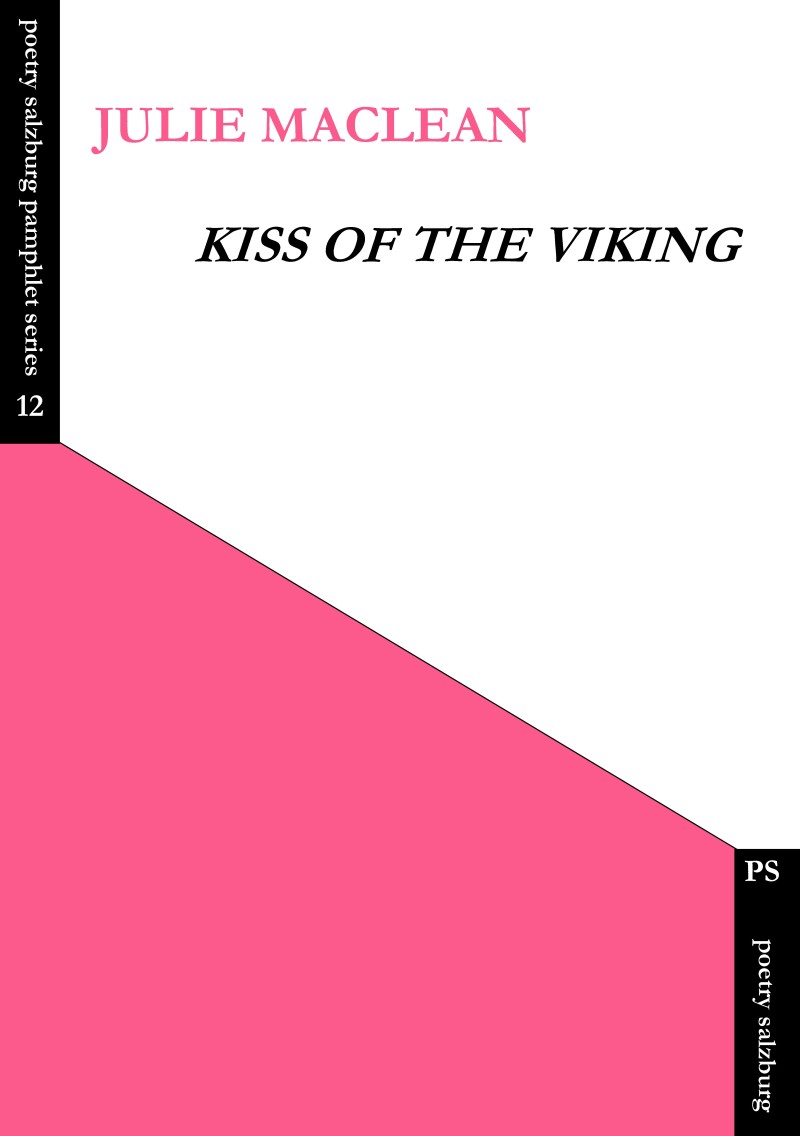 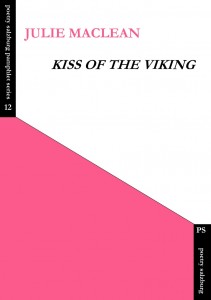 In an interview with Tania Hershman last year, Julie Maclean said that she loves ‘to feel the spirit of a place’, and in her new pamphlet, Kiss of the Viking, she manages to convey that spirit in her poems, written after a study tour of Scandinavia.

These are not ‘holiday’ poems, although they don’t shy away from touristic experience- a poem as a visit to Kronberg Castle, ‘Gawp’, being a case in point. They cover recognisably Scandinavian subjects such as mermaids, polar bears, Ikea and Norse mythology with a sidereal glance. The poem ‘Polar Bear’ explicitly deals with one of the themes of this collection: that which is unknowable. In ‘Crime Fiction’, Ophelia is a ‘Manga Moll’, while The Little Mermaid is ‘in the wrong place.’ This confounding of expectation is at once unsettling and yet recognisable- things are rarely as you expect them to be when travelling to a different country and Maclean captures this brilliantly.

The poems also tackle darker material, and offer perspectives on aspects of Scandinavian culture that make for unexpected and even uncomfortable reading. ‘Midsummer in Naziland’ skips around the maypole of tradition ‘that could have been hiding a Klan crucifix’, confronting us with the kind of ‘Volk’ Wickerman scenario that contains overtones of nationalism tipping over into extremism.

These are filmic poems, their lexical brevity allows for a spaciousness to come through them. In this sense they reminded me of Peter Doig’s noir- infused cinematic paintings. The poem Beige is full of brooding atmosphere:

A solitary yacht
with a white sail,

static as the summer sun,
slow as the London Eye,

watches for the loch
monster to appear.

Maclean’s poems are formed with the complexity of the negotiation of space – the exchange of individual human experience, of triggers to memory, while being somewhere ‘new’, of visiting a different country. The exchange between the known and the unknown, the uniqueness and sameness of the experience of the tourist, the traveller, the explorer. ‘Real Good for Free on a Stockholm Subway’ accomplishes this with its narrative of buskers, memories of:

and the ultimately recognisable experience of feeling guilty about not sparing a coin for the musician on the train.

The juxtapositions of compelling images, with lines scored beautifully on the page, ranging from the comedic to starkly serious, sometimes even from line to line, make the poems disarming, and uncanny, as well as quirky and true. Read aloud they come off the page with alliteration skilfully applied

The fantastic building rhythm towards the end of ‘In Search of Noir’, which almost reflects the Subterranean Homesick Blues riff of ‘Dylan’s Christiana, Not Yours’, on the opposite page:

Maclean’s style is distinctive but she allows each poem to express itself formally in the way that best represents it, making this pamphlet a delight to ponder over and read time and again.

The poem ‘When Roald Amundsen’ is a fine example of some of the central themes at play in Kiss of the Viking.  Maclean writes deftly about the exploits of the famous explorer whose collection of Inuit artefacts resides in Oslo’s Fram museum. In an extraordinary life Maclean has picked entrancing details with well-placed alliteration, such as “berg’s blue”, which adds to the crispness of the reading, with the line

chopped a window to feel the chill

leading the reader to a ‘window’, created out of the lines of the middle section of the poem, which shows some of the sights Amundsen saw, from his point of view. This is beautifully handled, with the window closing on

But turned away when a ten-year-old boy grasped a mother’s breast for a warm drink.

Again Maclean’s succinct story of Amundsen’s life employs the recurring themes of travel and sense of place, the local with the global. And combines this with this sense of the ‘other’, the unflinching view- this time from Amundsen’s window on the world- of the darker, sometimes unknowable side of human behaviour.

Ending with ‘Will’, Maclean makes it possible to imagine walking amongst the stones in the famous Assistenz cemetery in Copenhagen – the first stanza disarmingly concise in its recognition of the love for Copenhagen’s most famous occupants here:

If Copenhagen has a heart,
it’s with the dead
in Kierkegaard’s graveyard.

Deceptively simple, each word is weighed carefully, earning its place, evoking its subject, creating once again this sense of space created to let the reader to traverse their way through. This is particularly effective in the last lines, where a pause is created by breaking the pattern of the two former tercets and having a couplet followed by the emphatic ‘I’ of the final line, simply stated, earthing the poem in its intention, bringing the reader to a standstill.

This well-travelled collection, with its breadth of experience and diversity of subject matter had me reaching for my atlas. But I felt I gained more geographical, maybe psychogeographical, knowledge from these poems about places and their secrets, shadows, lights and histories than I ever could from looking at maps. 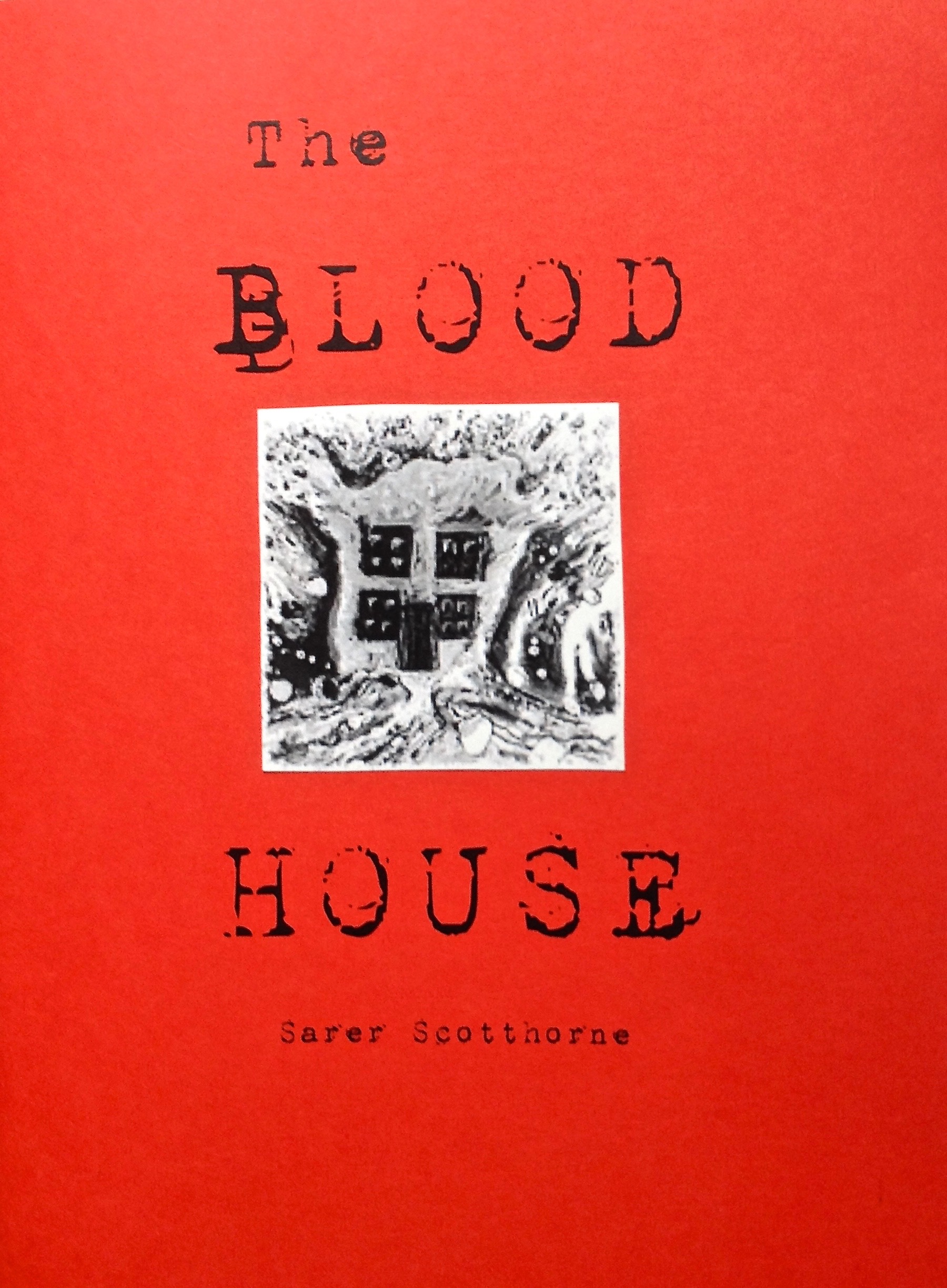