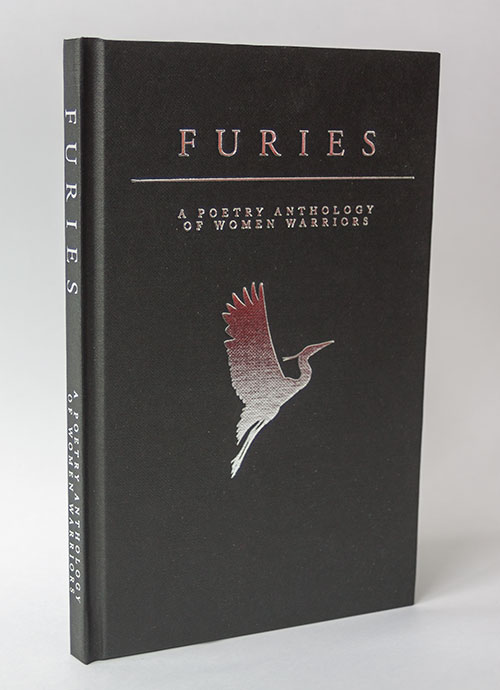 Acid attacks in Iran, Malala shot by the Taliban, abducted schoolgirls in Nigeria, Reeva Steenkamp dead in South Africa, the daily sexism that grinds down so many of us even in our countries of enormous privilege: if you are looking to get furious, where to start? Misogyny has a long tradition; misogyny is the lowest common denominator of conservative fundamentalism, no matter the denomination.

The figure of the female warrior, too, has its tradition: the Amazons, Medusa, the furies, Clytemnestra, the witches, the dark goddess Kali, and many modern day badass bitches, not to mention Margaret Thatcher. Their stories are often told, and often told by men, and they often end with the woman warrior vanquished. At the end of the day Penthiselea wanted nothing more than to get married and do Achilles’ laundry. Or so Kleist tells us. Cutting off that breast to better shoot her arrow? – just a trick to get his attention.

What is to be our weapon of choice? A woman warrior could do worse than picking up a copy of Furies the excellent and sharp new poetry anthology of women warriors, just out from For Books’ Sake, a book like a hammered dagger, good for carrying in a long sleeve.

In the beginning there was water and out of the water comes a shoal of dangerous women.

In Susan Richardson’s poem ‘Nerrivik’, the sea mother of the Inuits warns

Remember – one shrug         of my shoulders can cause
a four-day storm. I can calve bergs
from glaciers
with the smallest sneeze.

Here we have woman as a force of nature: a familiar theme which sadly can stand in the way of regarding woman as human. In these poems woman appears as mermaid, as alien creative force, as incarnation of men’s own sexual impulse, perceived as dangerous and projected on its object, the desired woman, to be contained and suppressed.

The second chapter takes place in the garden, the desire to enclose and contain woman. The Virgin Mary is the feminine ideal, both mother and virgin, the hortus conclusus is her emblematic attribute.

Helen Mort’s women mountaineers are scaling that wall and escape clean over the fence. In the poem ‘Height’, Fanny Bullock Workman (born 1859) jumps a crevasse in the Karakorum Mountains:

I seemed so light
I might not land again;
Go clear above the seracs

and the frozen scarps,
hopscotch the stars, hurdle
the amber moon by accident.

The chapter Myth leads us right to the heart of this book, into the stories of classical furies retold. Imtiaz Dharker’s ‘What goes of your father?’ takes us to the Ramayana. The sister of the demon king Ravana is wild, uncontrollable, lustful and finally spurned and punished by having her nose and ears cut off. What is the meaning of this female demon? Who, in fact, does she stand for, whose sin does she incarnate? The poet ends the poem with just this question:

So. Who is to judge, whose the sin?
I will change shape, grow myself back again.
Sharpen my wits to match my nails,
Spit on my hands, slap my thighs.

Perhaps the female demon is a projection of sexual desire itself, out of control, a dangerous impulse in man himself, and instead of castigating himself for desiring woman, desire is projected onto its object, and woman is made into a dangerous strange beast, in need of control and punishment. Of course this control can never be perfectly achieved no matter how much real, living human women are oppressed, and thus such a misguided battle never ends.

The poems in Furies are thought provoking and diverse. In form they range from tidy stanzas to playful and more experimental shapes, yet they are always accessible and musical. They are interested in the historical, mythical and sometimes outlandish. The anthology could have cast an even wider net, perhaps to include more contemporary stories, the daily battles women warriors still have to fight at the office or at home. What we are saying is: we want a sequel!