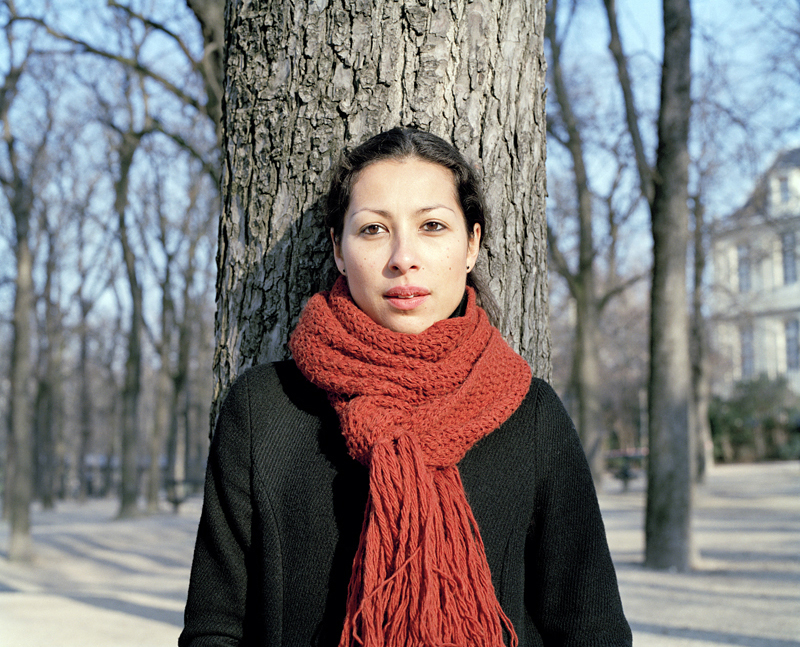 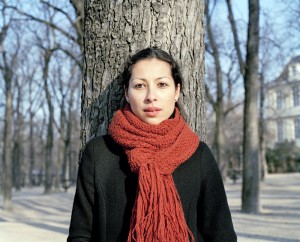 Claire Trévien You might only be 26 years old but you are among the rising stars of poetry in France with a well-received first collection, published by Cheyne, which won the prestigious Prix de la Vocation in 2010. What made you choose the slightly odd path of a poet?

Lysiane Rakotoson I fell instantaneously in love with poetry when I discovered it in college. I was very lucky that my literature teacher at the time was such an attentive reader. I haven’t stopped writing since. So it’s difficult to say what made me choose this ‘path’, if not love for writing. That answer will probably seem a bit simple, but there’s nothing else I can say. I wasn’t filled by a desire to get published; I wasn’t projecting into the future.

CT How does one become a poet in France today? Do you get the feeling that there are certain obligatory rites of passage towards that status?

LR I don’t think there are obligatory rites of passage in poetry. But if by ‘poet’ you mean being recognized as one by fellow poets, readers, and publishers, then I’ll say that even if there aren’t necessary steps, there are certain special places that allow you to be read: you have to find the publishers, read the magazines, read contemporary collections of poetry, attend public readings. On his blog, Poésie Maintenant, Pierre Maubé gives lots of great advice to those who would like to get their poems published. The general idea of this open letter to poets is this: to get your poems published, you must read and know the poetry of your contemporaries. You must also encourage poetic endeavours, by supporting audacious initiatives such as the creation of new zines for instance.

CT I agree completely, before being an author, you must be a reader! You seem to have poetic links with Paris, but also the regions beyond it. Do you find poetry well distributed and represented in France?

LR Yes, poetry seems well represented in France to me. Even if our country is well known for its centralised system and the predominance of Paris, many poets live outside of the capital and cultivate that distance. Poetry festivals also flourish far away from the Eiffel Tower: Les Lectures sous l’arbre in Haute-Loire, les Voix Vives in Sète, les Voix de la Méditerranée in Lodève… Poetry is thus represented by those who write it, but also by the publishers who deliberately install themselves in the countryside (this is the case with Cheyne for instance).

Poetry is everywhere in France, initiatives like the Printemps des Poètes prove it, but it also remains at the same time quite clandestine. I have noticed however that it still struggles to make room for young people, as well as female voices. Festivals flourish, publishers too. It seems to me that something doesn’t always circulate beyond. An undeniable spirit of seriousness continues in poetry and sadly segregation persists.

CT That’s a problem we encounter on this side of the Channel too sadly. One of the ways of democratising poetry I find is through YouTube for instance, which is playing a stronger role in the diffusion of Anglophone poetry. This seems to also be the case in France, with poets such as Laura Vasquez. Is that a fair comment? What do you think about the role of technology for communicating poetry?

LR YouTube, SoundCloud are indeed being increasingly used to share poetry. Many of us believe that orality is the body of the text. The book as an object remains still very sacred in France but poets are starting to invest in new territories. A new initiative, Appelle-moi poésie has, for instance seen the light of day. François Bon on the other hand has published online his backlist on Publie.net. It’s about creating a space of living poetry where texts are read and interpreted (I insist on that word) by poets and performers. The Internet can be a formidable bridge for poetry as she can make it live and be heard. A poem pounds, it vibrates, it sings, it rages! YouTube is a great medium to allow a poem to be heard, to offer it to the world. It’s not just about sharing poetry, but also transforming the poetic object.

As far as I’m concerned, I feel that new technologies must be used to invent new forms of communicating poetry. We can’t let the digital replace books. Instead we should invent a way of using it. Having said that, I don’t think new technologies should replace the page. A text on a page slows you down, lets you wander. It offers itself naked, without interpretation. The reader creates the poem too by reading it. It’s necessary to protect that site of freedom.

CT If you could change one thing in the world of poetry (whether the content, or the mode of publication,…) what would it be, and why ?

LR The most interesting thing for me is to improve the transmission of poetry. My passion is to make people discover poetry who are unfamiliar with it, who don’t read it. It’s vital to work at the emancipation and awakening of young people and poetry plays an important role in this. It’s a way to conquer your freedom as a reader, to approach a less linear way of reading, to feel the less intellectual dimensions of literature…. Poetry in France shouldn’t be just the domain of intellectuals and academics, and those wanting to renovate our language. Poetry can let in more people. School is where that battle is decided.

As for the content, diversity is what makes literature so rich. I would never wish that poetry were just this or that. However, I do like making a plea for more joy and lyricism in poetry, free of embarrassment. I think we confuse too often profundity and gravity, seriousness and quality. A poetry of celebration can sometimes seem naïve, can exasperate. It’s not about flat sentimentalism or wearing a stupid smile. I think that joy in poetry is still finding its place, as if one has to constantly confirm and feed its neurosis to write something of value.

CT You’ve previously mentioned Albert Camus, Clément Rosset and Michel Serres as influences. Do you have other voices, less well-known in the UK, that you would like to recommend?

LR Really hard to choose, there is a multitude of voices! I would recommend reading Déborah Heissler (some of her works have been translated into English: Près d’eux, la nuit sous la neige, Cheyne, 2005). Her website gives a beautiful glimpse of her poetry and even features some recordings of some of her texts. I would also recommend reading Franck André Jammes, especially Récitation de l’Oubli, a collection written while he was recovering from a serious accident in India.

CT In reverse now, I’d be interested to know what Anglophone poets have crossed the language barriers and are well-known in France (if any!)

LR Numerous Anglophone poets are known to French readers. Keats, Blake, Milton, Walt Whitman are amongst the most famous. Amidst the more contemporary ones, Sylvia Plath is especially well-known here. Dylan Thomas too, and Kenneth White. We have the tendency to think foreign poetry is more difficult as the original text will always be a little lost in translation. But reading English-language poets is much more frequently done today, whether in translation or in the original language. On my bookshelves, the Anglophone poet that counts the most is without a doubt Sylvia Plath. She’s left behind an incredible body of work.

Some organizations or journals such as Double Change, try to make French and American poetry meet. But these initiatives are not well known to what we call the ‘general public’.

CT At Sabotage Reviews, we are very interested in poetry magazines, I wonder if you have French magazines to recommend. What makes them special to you?

LR I particularly love two magazines. The first is called A Verse: it was created by two young women studying at the Sorbonne. This magazine is unusual because it’s been founded and edited by young people, especially women. They particularly want to publish young authors and introduce new voices to readers. It’s one of the only magazines that I know that concentrates on young authors.

The second magazine is called Aka. It’s magnificent, only 70 copies get printed and it’s hand-sewn. To subscribe you have to sign up on tumblr. Each issue of Aka is built around a theme: a phrase, a word, a reflexion.

CT Your poems often speak of frontiers, and of spatial negotiations in your descriptions of the external world… As a woman in an environment that still seems quite masculine, do you think that this is in part a way of reclaiming poetic space?

LR Personally, I always have the feeling that writing is a way of reclaiming poetic space. I sometimes feel it’s a fight. I don’t know if that’s specific to being a woman. I think of those lines by René Char, who wrote in ‘Commune Présence’:

‘You are in a rush to write
as if you were late to life
[…]
indeed, you are late to life
the inexpressible life
the only one in fact that you’ve signed up to
the one that is refused to you every day by beings and by things
from which you obtain here and there small skeletal fragments
at the end of a merciless fight.’

To answer your question, if you look at those editing or being edited it is indeed quite a masculine environment. Yet, the majority of audiences at festivals, at reading and writing workshops are women! Things are fortunately changing. Poetic heavyweights like Marie-Claire Bancquart could bear witness to being a woman and a poet in France in a different age. Today, the poetic space is open. You mentioned Laura Vasquez, I could also speak of Déborah Heissler or Blandine Merle, both edited by Cheyne. Similarly, the magazine A Verse was founded by enlightened amateurs in love with poetry!

CT What advice would you give to a poet just starting out?

LR I feel like a beginner myself in the sense that when I write I am in the state of mind of a beginner. I don’t feel more experienced as time goes on. Let’s just say I’m getting more refined! I therefore don’t feel capable of giving advice!

CT Finally, if you had to give an identity or a definition to contemporary poetry in France, what would it be to you?

LR That’s the hardest question as the poetry is so varied and diverse! From experimental poetry to lovers of poetic art-books, from minimalism to flamboyant lyricism, French poetry doesn’t have just one face. 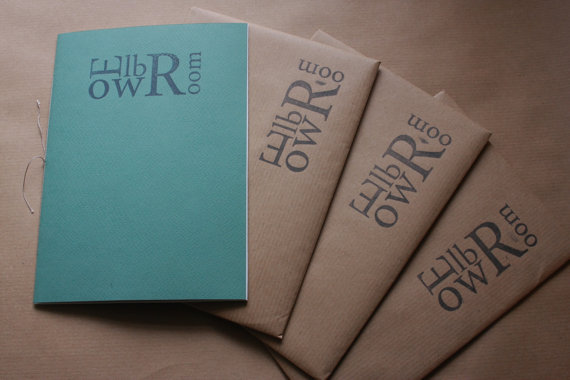