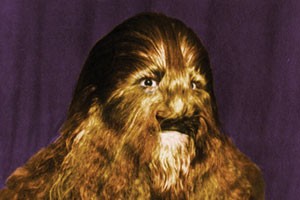 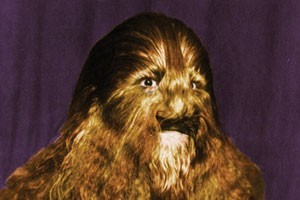 A fascinating collaboration between a poet and composer…

Full disclosure: the people behind The Lion-Faced Man (part of the Tête à Tête contemporary opera festival), composer and musician CN Lester and anarchic poet-turned-librettist Hel Gurney, are among my closest friends. You will simply have to trust that I am a terrible liar and that both they and you would be able to tell if I was making stuff up. Fortunately, I don’t need to…

Would you look at others differently if you couldn’t look away?

That’s what the tagline read, and the resulting performance is at least partly an exercise in forced empathy. Ushered into a performance room with space to sit or lie if preferred, audience members are given opera glasses-cum-Viewmasters, and asked to look into them for the duration of the performance. They show a black-and-white photo of Stephan Bibrowski, better known as sideshow act ‘Lionel the Lion-Faced Man’, wearing an embroidered matador suit and gazing directly at the viewer. As the performance starts, it’s a chaos of voices – rumours, origin myths, threats, the rolling patter of a showman summoning the curious to the carnival. The underlying effect is one of doubt and implicit tension – who gets to tell our stories, and who gets to decide what’s ‘true’?

A chaos of voices summoned by a single set of lungs…

Sung by renowned mezzo-soprano Alison Wells (in impressively varied voice here – she’s as convincing a gravelly showman as she is a frightened mother or, y’know, a soaring mezzo) this plethora of voices and discourses multiply and increase, only occasionally grounded by the tenor of Stephan himself coming through to state ‘I have never wanted to be other than what I am.’ As we stare at a single static image, Stephan’s identity seems to become fragmented by the different discourses which try to claim him – is he a horror? A miracle? A scientific phenomenon? A ‘gentle beast’ with ‘tender soul’? – and it is only the depth and lustre of ‘his’ voice that provides a sustained point of reference (‘I have always been proud of who I am.’). After a while it becomes difficult even to see his face as a face any more, and this is perhaps precisely the point the creators are making – if you objectify anyone long enough, no matter the cultural legitimacy of your paradigm, you lose track of what’s actually essential.

Giving voice to an urban legend.

Hel Gurney’s libretto is brilliantly evocative. We meet Stephan at the circus, where ‘legends stretched tight over gaudy scaffolds and you drink, delirious, of the lights,’ while Stephan’s flirtation with a career in dentistry becomes ‘study[ing]…the ways of blades sprung forth from bone’. Coupled with CN Lester’s glowing composition – poised somewhere between disquiet and transcendence, a different tone for each attempt at resolution – the effect is both beautiful and humbling, which is only enhanced by the directness of Stephan’s photographed gaze.

The Lion-Faced Man is brilliant, a profound meditation on identity construction, competing discourses of monstrosity and the dangers of othering.

Stephan’s fate, particularly in this version, is as mysterious as his existence, and what lingers after the performance is not so much the roiling rumours and the invasive fantasies of shaving and disguise (what would it mean to lose an appearance so distinctive? Should that be the case?) but the quiet certainty of Stephan himself. ‘I have never thought myself a monster…I should not like to be an ordinary man.’ He becomes both extraordinary and in some sense synecdoche for the extraordinary potential of human empathy and courage. ‘Who else in this town could know so clearly what it is to bridge two different worlds’? Well, after The Lion-Faced Man, I think we all have a slightly better idea. 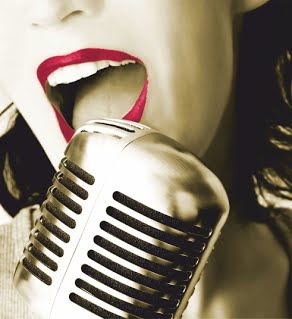 August 13, 2014 websterpoet Comments Off on Other Voices: Spoken Word Cabaret