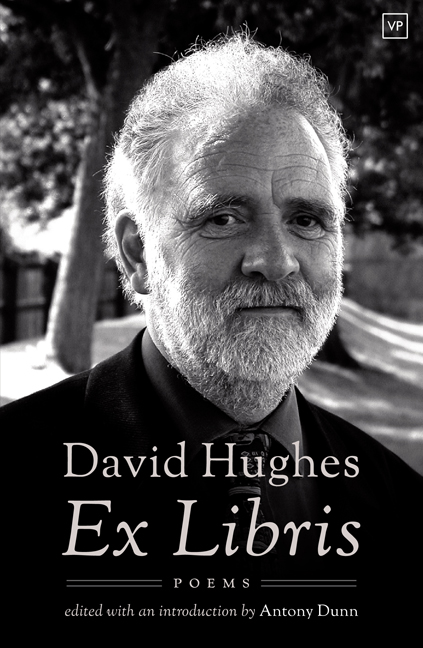 Ex Libris stands out: this is not just a good man’s life, but a testament, as few books of poetry actually are – poetry as an exemplary response. One of the events that precipitated David Hughes’ poetry was the loss of a friend on a rock-face: as with any grief, this startles and sears. Hughes’ encouragement of others in writing and poetry, as teacher, friend and support, is a life well-lived.

In his affectionate preface, Anthony Dunn writes that the process of editing felt as if it was “uncovering some important secrets”. Indeed it was, the most general being the secret of an unheralded and accomplished poet, but there are more specific secrets too.

My life has been
Cold Mountain.

The paths of my going
and of my coming
are loose on the clatter
of scree still
finding its angle.

I saw you tonight
passing like a ghost on the dark hill
in dusk hovering and into dark pouncing
to a noise beyond the wall on the far moor….

The noise was not you;
but at least I can say,
at least I saw you today.

The first secret lies in the way that Hughes’ poems are gifts to others, often dedicated to them – none more so than his climbing companion and friend, Barry Daniel, who was killed while leading an expedition of students on the Austerdalsein. Hughes’ befriending of ‘Young Dave’ – a troubled young offender who attacked him – and the prison letters and poems composed between them, are not without a down-to-earth humour that eschews sentimentality:

Perfection, where all things are fixed and true?
It doesn’t sound the kind of heaven to strike
you dumb with wonder; you’d have nowt to do

You’d much prefer a heaven where gods might hike
on sponsored walks that you could organize –
to build a climbing wall, or something like.

The skill of varied line throughout the book is testament to Hughes’ accomplishment. Contrast the long line, say in ‘East of Ypres, Sanctuary Road’ with the poems already quoted:

November night in Sanctuary Wood: the broken Old
Contemptibles
have re-assembled in the low ridge lee, where field-gun
shrapnel
tears the year’s last foliage from trees that splinter, till it
seems there’ll never be
a spring sprung green again. Soldiers, sleeping shallow
under leaf-mould

and while some may find too many s’s on the line ‘Soldiers, sleeping shallow’, consider the stresses, the musicality of consonantal cluster and internal rhyme that catches the breath, a kind of struggle to read as well as to view the clear image that sense of Ypres successfully evokes. The second secret is not just a sense of care and integrity regarding the individual, but also a sense of horror at the outrage of war upon each of us.

Seven of the players down by Armistice Day –
And even the slender boy in the Umpire’s coat,
Yes, even the Umpire lost his cheerful name
By the end of the War by being Jolly dead.

‘Edward Thomas, 5th February 1917′ is Hughes’ homage to a sensibility he clearly shared –

And poplars at the village end,
And mistletoe in a field. Snow lay
Among the railway tracks, as pale
As the cold, crimson, sunset sky.

And for that minute a field gun sang
Close by, and round it, as deadly,
Duller and duller, all the guns
Of Flanders and of Picardy.

Ex Libris is a bookplate and a word game, but also something of vital importance: it details the value of a true friendship, evocations that a reader of the poem can authentically engage with. The reader of David Hughes will hear ‘stories to tell’, accessible, lyrical and felt:

Your owl’s much more than a ‘bird of wisdom’ now:
it calls along my days like memory,
or smoke which re-assembles its solidity,
a flame that shrinks to kindling…..

It haunts those barns which crumble from neglect
back into earth, where spores spin up through beams
of light, or timber, ready to begin.

So many poets are published that we live in a wealth of talent today, richly foraged by small presses and magazines. Even so, some could be easily missed. We owe a debt to Anthony Dunn, the editor of this book, but he has yet more work to do. David Hughes’ Whitby/Scarborough poems are something for us all to look forward to, of which we have a mere taster in one poem included in this collection. There is reason why Valley Press have produced this as a first hardback in their catalogue. This is a quality collection, to be heralded and appreciated for its deftness of line, musicality of ear and sensibility addressing major themes. From the climbing peaks of Wales, Iceland and Norway Hughes dug in his crampons, lauded the values of being which climbing seems to nurture:

my own life
at the cwm’s rim
or on the steep
escarpment’s sudden edge.

Becoming competent, having the scenery mapped,
began to guide others.

There is his offer. David guided many when alive; he is doing so still. 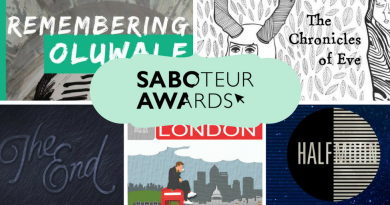 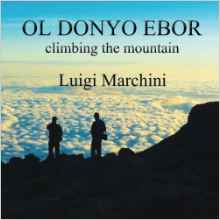