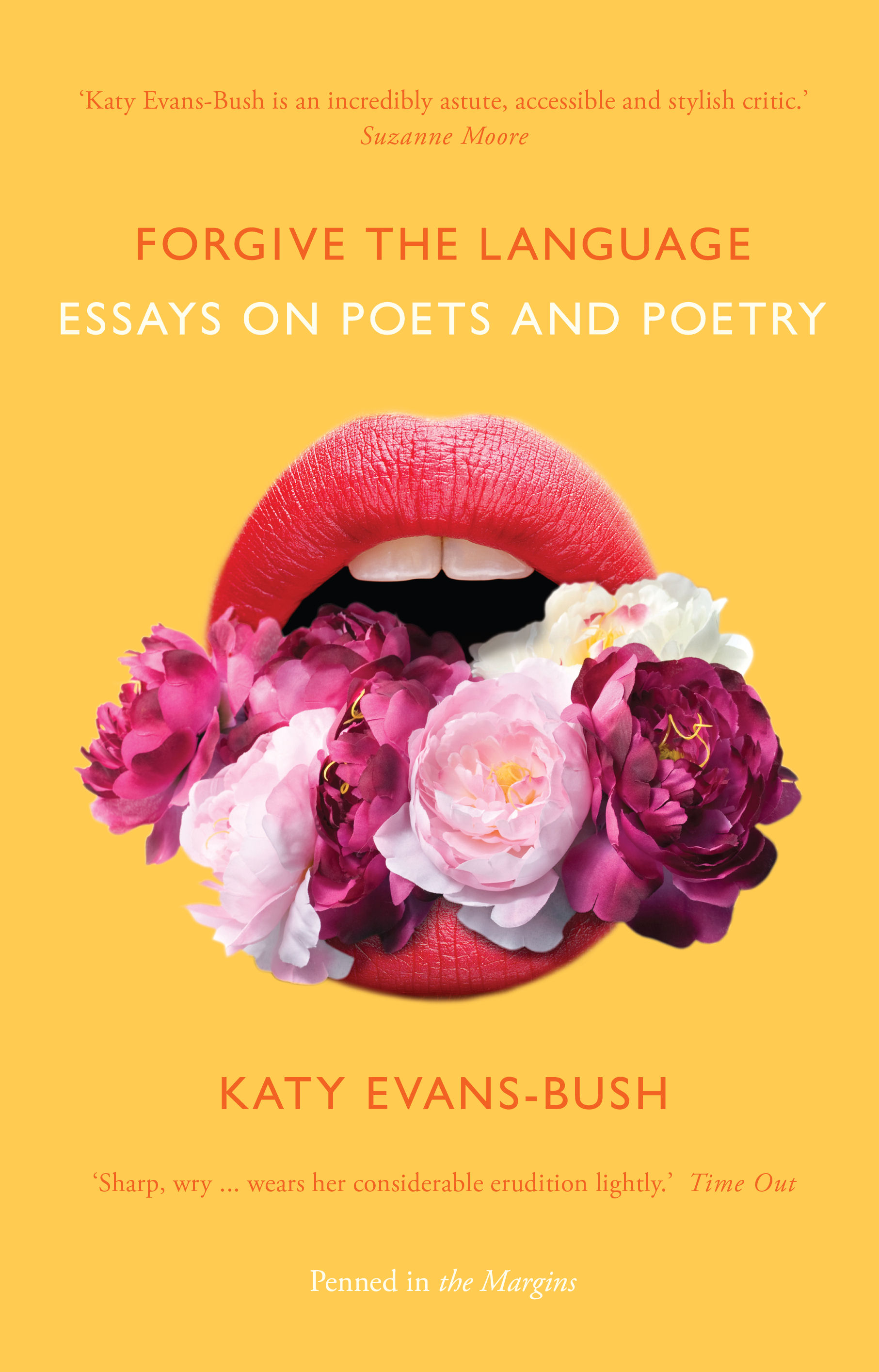 Katy Evans-Bush’s collection of essays, Forgive the Language, is wide-ranging. Essays generally fall into three categories: reviews, homages to (unsung) heroes of poetry, and writing guides, although these categorisations are, of course, too reductive. She opens with one of the shortest essays, ‘The Hidden Life of Poets’, in which she charts our relationship with poetry:

At first it’s all around us, in nursery rhymes, ‘children’s poems’, at primary school, even in some form on children’s television. We learn to speak in rhyme.

The essay moves from an almost biographical account of a developing love for poetry to guidance on writing it. Evans-Bush provides advice that should be included in poetry-writing seminars up and down the country:

Make sure the reader can see what you’re holding up; make it come into their space a little…Let it ask them something, not just tell them all about you […] This means making sure it’s clear what the poem is about. Putting specific images in, not just Big Ideas. Not bombarding them with how you feel, but creating a space where they can feel it with you.

Form and rhyme are often mentioned in the essays because, as Evans-Bush states, ‘we’re long overdue a serious consideration of form…that looks beyond the tired saw of rhyming / metrical vs not rhyming / metrical.’ She manages to do this in ‘Compendium in Time’ by comparing Tom Chivers’ Adventures in Form and Glyn Maxwell’s On Poetry. This essay not only identifies a variety of forms, but indicates that form should not simply be a set of arbitrarily imposed rules; the ‘poem has to outlast the trick of it’. The essay quickly raises key concerns in the discussion of form, introducing potential further reading.

One of the main strengths of Evans-Bush’s essays is their ability to introduce a topic thoroughly. One of the strongest essays, ‘Gifts of the Earth’, an exploration of Faber’s Letters of Ted Hughes (edited by Christopher Reid), addresses the anxiety of obscurity:

Letters, though most people aren’t around to see them published, are the make-or-break part of a modern poet’s career, crystallising him or her in our minds and solidifying the mythos of the poet.

What Evans-Bush doesn’t say, but leaves space for the reader to wonder is: What will happen now that letter-writing is a dying art? Will we see the collected blog posts of poets, or selected tweets? The essay is, in fact, a brief exploration of the letters and life of Hughes, providing an insight into his darkest moments and his own writerly advice.

The strength of this essay is that it is almost review-like: it provides the reader with enough detail to pique their interest and decide to do some research of their own. The essays are not theses, but accessible and digestible arguments. Evans-Bush states at the end of this essay that Letters of Ted Hughes is a book that ‘everybody who’s interested in interesting things should read’. This is also an apt description of her own book.

There is an occasional fly-on-the-wall feeling when reading some of the essays; Evans-Bush introduces the reader to issues dividing the poetry world. In ‘Now I’m a Real Boy: Poetry’s Plagiarism Problem’, Evans-Bush reveals that the ‘poetry world is riven’ with plagiarism, using Sheree Mack’s case as illustration. The essay works through ideas around the importance of authenticity, and plagiarism as a ‘self-harming activity’: ‘every time a plagiarist publishes a poem and all their friends compliment them on it, it just confirms them in their own conviction that a poem is the very thing they can’t write.’

Many of the essays in the collection seem to be in conversation with one another. Ted Hughes’s discussion of word processing appears in ‘Gifts of the Earth’ and ‘My Life in Typewriters’; forgotten poet Eloise Robinson appears in the beginning of ‘An Earnest Chestnut for Remembrance Day’, then has an essay of her own immediately after. In this way, the reader gains an insight into the way Evans-Bush’s mind works. It is as though we are able to see the connections between avenues of research: how a quote from one poet has made her think of another’s work, or how the meeting of two poets means that a mystery must be solved.

This collection attempts to grant poets their wish: not to fade into obscurity. By selecting a wide range of topics for her essays, Evans-Bush provides an overview of areas of the poetry world, and invites her readers to partake in reading and research of their own.