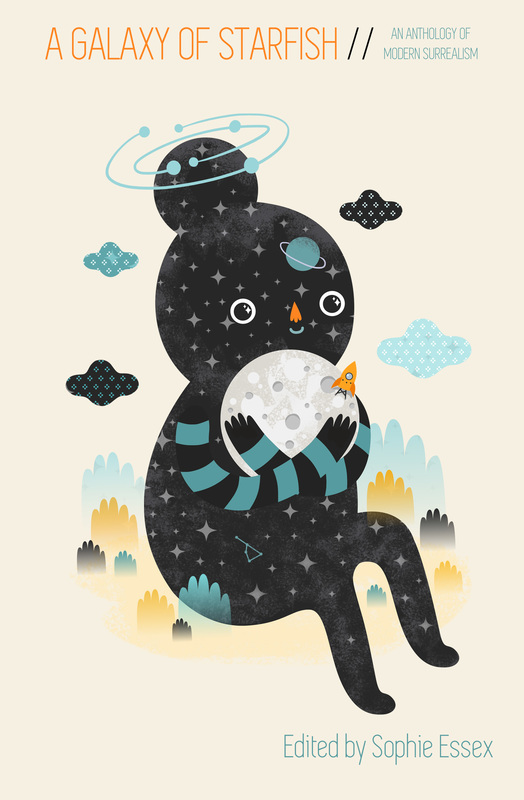 In her introduction to A Galaxy of Starfish, editor Sophie Essex states: ‘Whilst our definitions of surrealism vary they are glorious in their fluidity, are movement of ideas & passion, are valid in every interpretation.’ It’s true: this anthology showcases a varied approach, thereby proving that Modern Surrealism has multiple facets. There is experimental Surrealism, linear, plot-driven Surrealism, image-based Surrealism, translation-based Surrealism.

The anthology opens with Dalton Day’s ‘A Short Play in Which Ash is Never Mentioned’, in which two characters, Me and You, tell a story they are both familiar with:

Language is the focus of this poem: the characters repeat the story as if to gain comfort from it, to affirm their beliefs in one another. However, language is fallible: You states that they have ‘lost the word for sleep’, and You also seems to assume a different voice: ‘me I ain’t ever fell asleep once’. Due to the lack of punctuation, we can’t be sure if You’s utterance is addressed to Me, or is entirely self-referential.

Day’s next poem, ‘A Short Play in Which Warm Air Rises’, revolves around a cloud ‘floating approximately twelve feet above the stage’ where ‘everyone in the audience is playing the what shape does that cloud look like game’. The game seems to make the audience focus on themselves:

We overhear a woman behind us say it looks like her, but she doesn’t seem surprised about it. […] This goes on for hours. People change their minds, even though the cloud doesn’t change at all. […] A map of all the places I almost started to cry, but didn’t! I hope this never ends!

The poem seems to focus on how, even faced with extraordinary circumstances, the people turn inwards, reflecting on themselves and their experiences, making the cloud personal to them. Day’s Surrealism is, then, grounded: he focusses on the human element of Surrealism.

There are more experimental poems in the anthology, such as Travis MacDonald’s sequence, which is formed in the following way:

These pieces are composed solely of language borrowed in direct sequential and numerical order from The Book of Genesis, Charles Darwin’s The Origin of Species (Chapter 8 – Hybridism) and Albert Einstein’s Special and General Theory of Relativity. Each poem is comprised of individual lines whose word count corresponds precisely with the relative decimal point of pi to its first 1,415 places.

Esther Greenleaf Murer’s contributions include a ‘Haikoum’ (a hybrid haiku/ pantoum) and a homophonic translation of lines from Arthur Rimbaud’s ‘Le bateau ivre’. In the latter, this creates a set of strange images:

While this certainly has a surreal result, it is often difficult to imagine what Murer is creating. The images lack concreteness, and so the poem tends to become an exercise, or an apparent play with language in which the meaning is unclear.

Translation might also be an influence on Katherine Osborne and Bob Schofield’s collaboration. Their short, sparse poems give the impression of something slightly mistranslated, since a series of bizarre images unfold:

Never swim to
the lighthouse during a party

Or could you dream in a beam of silk

Of Joel Allegretti’s poems, ‘The Amphisbaena Reconsidered as Architectural Template’ is the most successful. In this prose poem, Allegretti describes a house that is the only one standing between ‘Blueberry Half Moon East’ and ‘Blueberry Half Moon Lane West’; the house is a ‘two-story gingerbread structure’. The reader might consider this description whimsical, but Allegretti is aware of the artifice, describing the house as ‘an architect’s simulacrum of a watercolor plate from a Victorian-era children’s book’; by highlighting the childlike nature of the house, the whimsy is undermined.

The house has two porches, and Allegretti provides a tour of the East and West sides, which are almost identical, except that key details are inverted. On the East side, the foyer is beige and the parlour is forest-green; on the West side, the foyer is forest-green and the parlour is beige. Allegretti highlights the circular nature of Surrealism: by only half repeating the final line (‘The ambience here is that of a quaint bed and breakfast’ becomes ‘The ambience here is that of a quaint…’) Allegretti suggests that the similarities will always continue, as will the differences, and the comparisons might never end.

Allegretti’s other poems deal with creation and destruction. One poem is written in a style reminiscent of Gilbert Sorrentino’s Lunar Follies, as a review of an exhibition which ‘runs through 5 p.m. tomorrow, at which time Σ and a team of his students will destroy it in the presence of museum visitors’. In another, the subject is the construction of a ‘house in the shape of water’. The poem has a wry tone, as the speaker notes that the architect should ‘recognise that you’ll have to fund the construction, since no one will commission it.’

One way that this anthology makes Surrealism ‘modern’ is by bringing modern approaches to poetry to the forefront. One of Logan Ellis’s poems is created from a Google search:

This results in a modern take on the love poem, the speaker suggesting: ‘maybe we have met before/ in my bathwater reflection.’

Scherezade Siobhan also writes a modern love poem, using repetition of the phrase ‘be my’ to introduce increasingly odd images and comparisons:

be my scuba stroll, my guardian angel aqualung,
be my matrix of the great barrier reef,
my octopus spread out like sea wrack
my mussel mystery
my continental aphrodisiac

Some of the contributions, such Jake Hostetter’s ‘The Valise’, are disturbing. Hostetter’s short story opens with the narrator having created a scenario he calls ‘The Grotesquerie For Dinner’. The reader is drawn into the situation, becoming part of a ‘mystery’ that needs to be solved. The narrator then tells a story of an almost sadomasochistic relationship with his employer, Mr Furr, who constantly wears a black wool balaclava and orders the narrator around like a dog:

No hands allowed. Stand. Pick banana up with mouth. Face the door. Squat. Now on my knees. Drop banana in dog bowl on the pelt on the floor. Beg Master help Puppy peel banana.

What is most impressive about Hostetter’s piece is its implementation of a world-logic. There is plenty that is zany and disturbing in the story, but as the strange scenario unfolds, it is believable. Hostetter ensures that the plot is not confusing, and that when something strange happens, the reader is prepared for it and will accept it. It is therefore possible to become absorbed into the world, made to feel uncomfortable.

A Galaxy of Starfish certainly offers a diverse selection of Surrealist works. Those that are firm in their logic – that create a world or situation that is believable and concrete – work best. At times, the Surrealist techniques utilised can alienate with constantly shifting images, but this does, of course, capture a dream-like state which is often the subject matter (as in Murer’s poems). Whatever your surreal preferences, this anthology is bound to appeal to a variety of tastes. 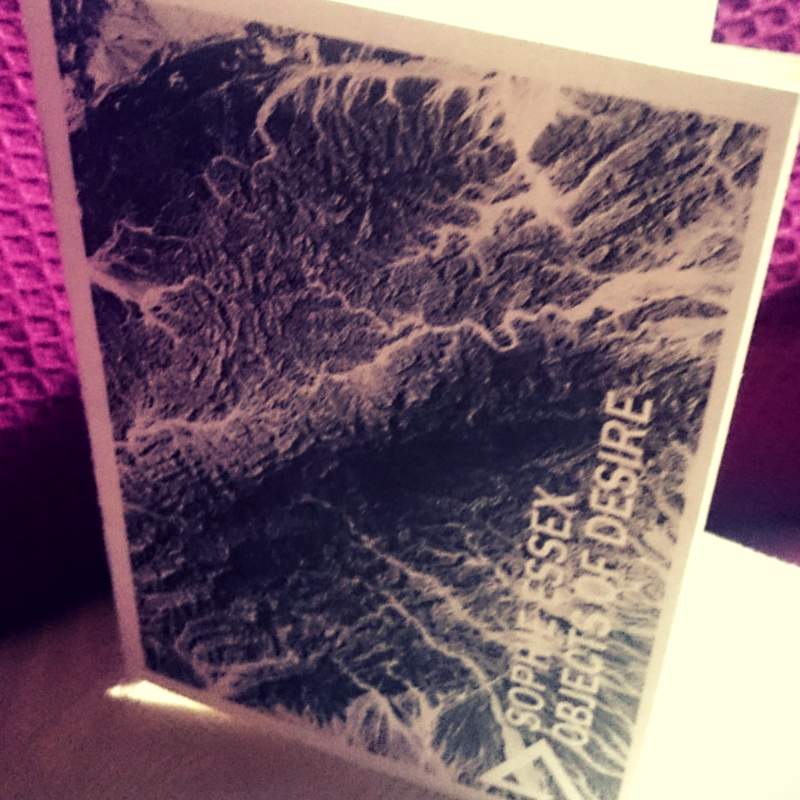 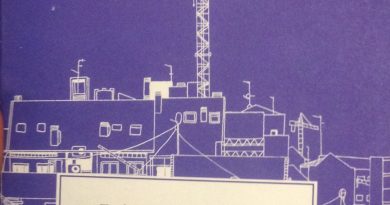