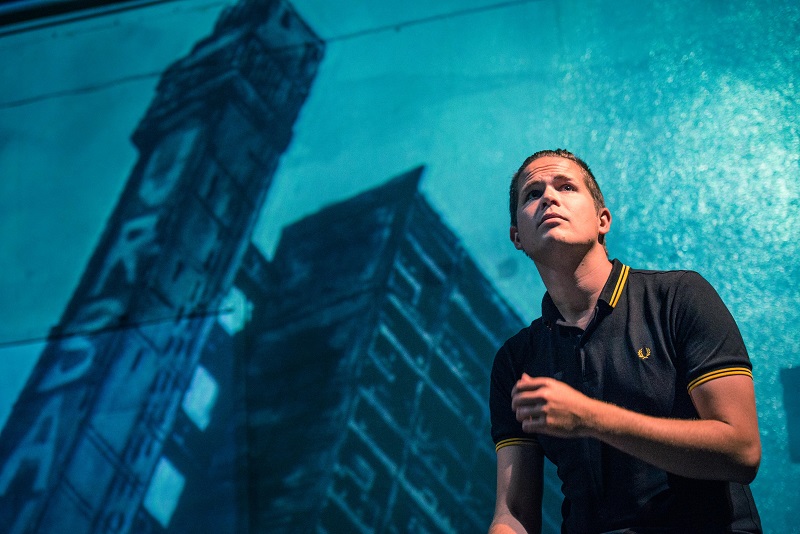 An excuse for even more pizza. At this rate, I am going to become pizza. Can’t think of anything more exciting 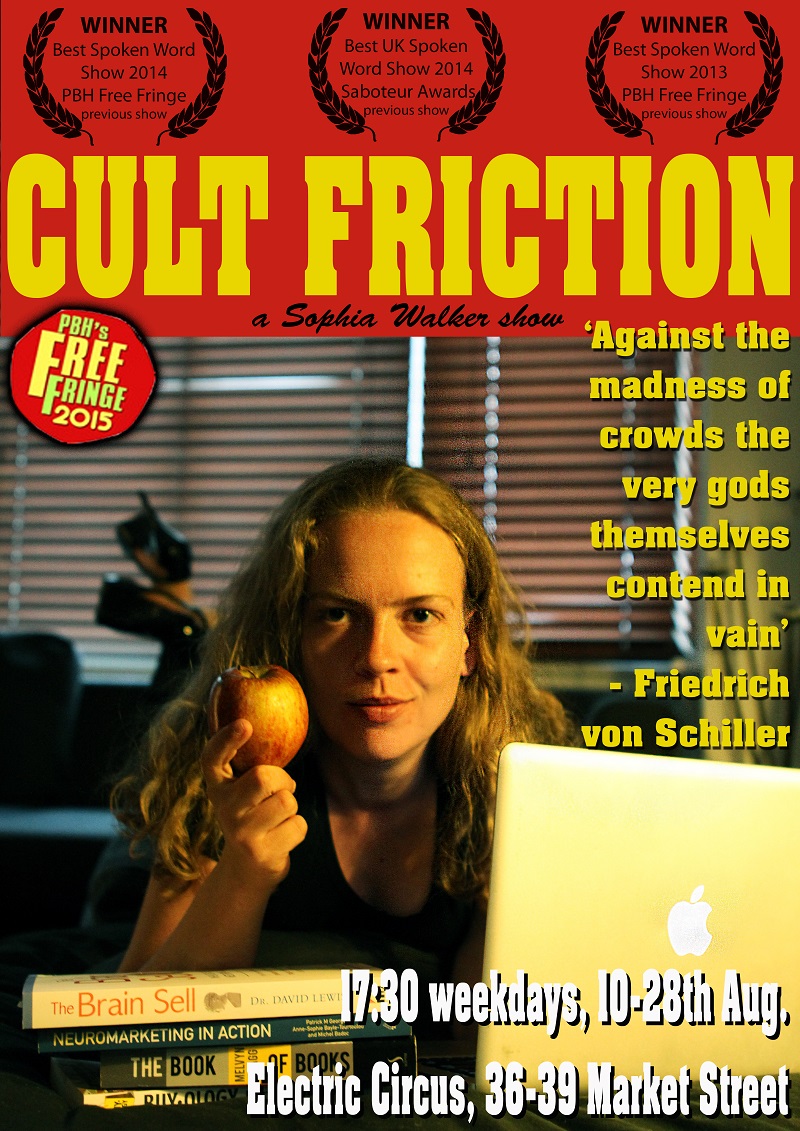 Cult Friction is a show about how corporations and neuro-scientists have started working together to better sell us things. It’s a six-character comedy featuring me in a spandex celestial onesie. It’s a protest against people being used. It’s an attempt to show people some dodgy behind-the-scenes exploitative tactics that are now being used in elections. It’s an excuse for one person to put on and take off a ridiculous number of costumes while doing high-intensity aerobics. It’s many things, but what it really is is someone standing in a room going “hey, you’re being exploited. here’s why, here’s how, and here’s how you stop it”

Had me in stitches with very funny and well-researched material. I see many spoken word shows, but Sophia Walker is a head above the competition.

One of the most lateral and therefore alarmingly prescient takes on the “technology cults” of our lives. Blisteringly delivered, too – with lots of great physical theatre.

This show was a fantastic exploration of neuromarketing and the modern world, delivered in the typical style and panache that Sophia brings to all her shows.

God Save the Teen by Andrew Graves AKA The Mulletproof Poet

I was gob smacked when I found out I’d made the shortlist. The show has been a really personal experience for me, so I’m made up that other people have been able to relate to it so readily, hopefully laughing and crying in all the right places 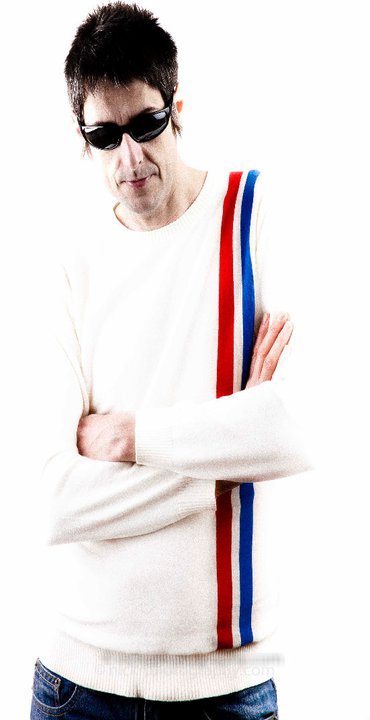 It’s all about growing up and getting it wrong. Acclaimed poet and ex-youth worker Andrew Graves recalls his turbulent council estate beginnings and shares his many professional experiences, offering tales of drugs, parental break ups, starry-eyed punks and disappearing Goths. Interwoven through this hilarious and heartbreaking narrative are his own childhood stories about trying to come to terms with an aloof and difficult single father, who is unsympathetic towards his ‘poncey’ rock n, roll aspirations. Favoured by comic book legend Alan Moore, Andrew Graves has also featured on 6 Music and BBC 4’s Evidently John Cooper Clarke.

Because it made me cry *real* man-tears in public; touching, gritty, wry, painfully accurately-observed vignette of growing up in the 80s.

Raw, gritty, funny and powerful, this performance made me laugh and cry. One of the best things I’ve seen in a very long time.

It is funny , it is clever and it impressed everybody. Gob-smackingly brilliant. Spent an hour after watching it trying to decipher exactly how he had us all spell-bound. It was a combination of wit, humour and excellent poetry. The story is painted scene by scene, a childhood laid bare in sepia-tinted technicolor. An absolute marvel in terms of story-telling; poetic original content and engaging gripping delivery. Had us hanging on in wonder until the very last syllable.

I am extremely excited that ‘If You’re Happy’ has been shortlisted. This was a one-woman writing, producing, and performance mission on zero budget – and I am so humbled that it touched so many people. I knew when I premiered the show, and people shared in the crying and the laughing, or came up to hug me after, that this show was something special. That it wasn’t just about me and my journey through joys and challenges – but that it spoke to other people’s journeys too. 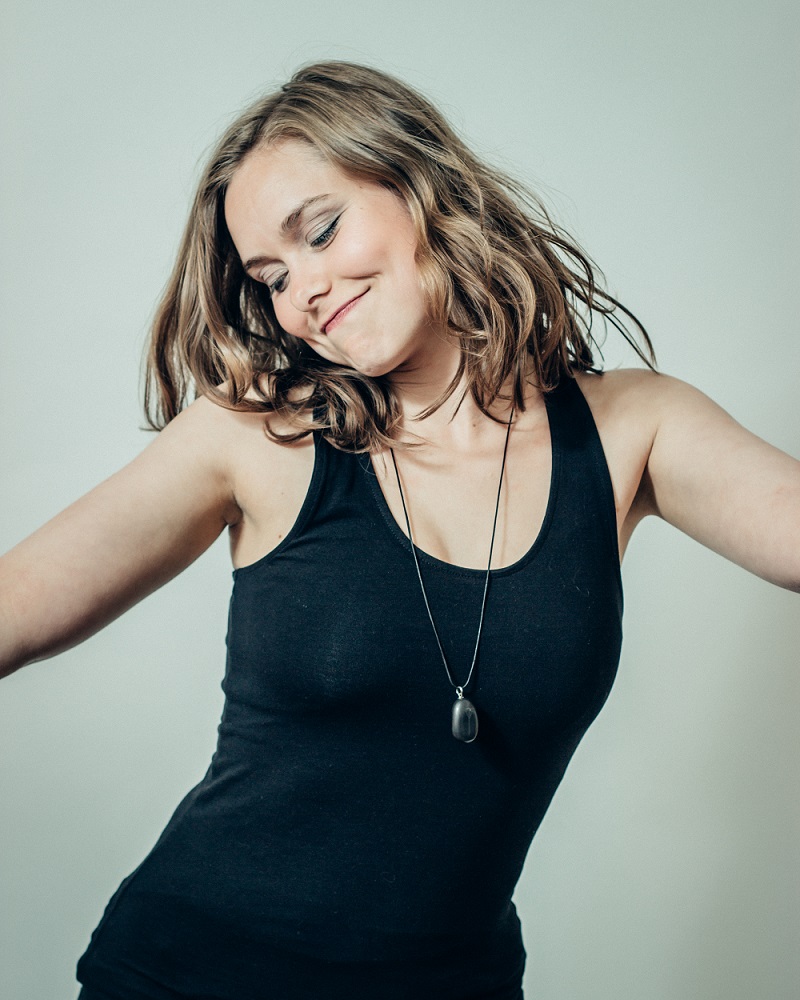 Agnes Török is a Swedish/Scottish spoken word poet and TED speaker. ‘If You’re Happy and You Know It – Take This Survey’ is the story of how she spent a year living according to current happiness research. About what she learned, unlearned, and thinks you might want to know too. It is a personal show. A political show. A show about searching for happiness in strange and scientific places, it is a story about all of us. About joys and challenges, mental health and ill-health. About what matters. About what would happen if, as a species, we took happiness seriously.

It’s a joyful show that takes political realities and shows a way forward instead of just declaring that things are bad.

Just fabulous – a beautifully crafted, balanced show which comfortably lead the audience to question something so often not considered, which is so central to the way we live our lives. We came away not only happy, but happy with the happy that that was. And I’m still happy with that.

Török’s poetry is a joy to witness, full of energy, wit and technical flair. Her show is a vital investigation, in concrete, well-researched terms, of mental health and self-care. One of the best poetry shows I’ve seen.

Melody by Jemima Foxtrot, co-written and directed by Lucy Allan

I’m completely overwhelmed about Melody making the shortlist for best spoken word show. Lucy Allan and I worked really hard and had lots of fun making it together with no funding and with the help of free space from  the wonderful Clapham Omnibus. We’re so happy that it’s touched so many people 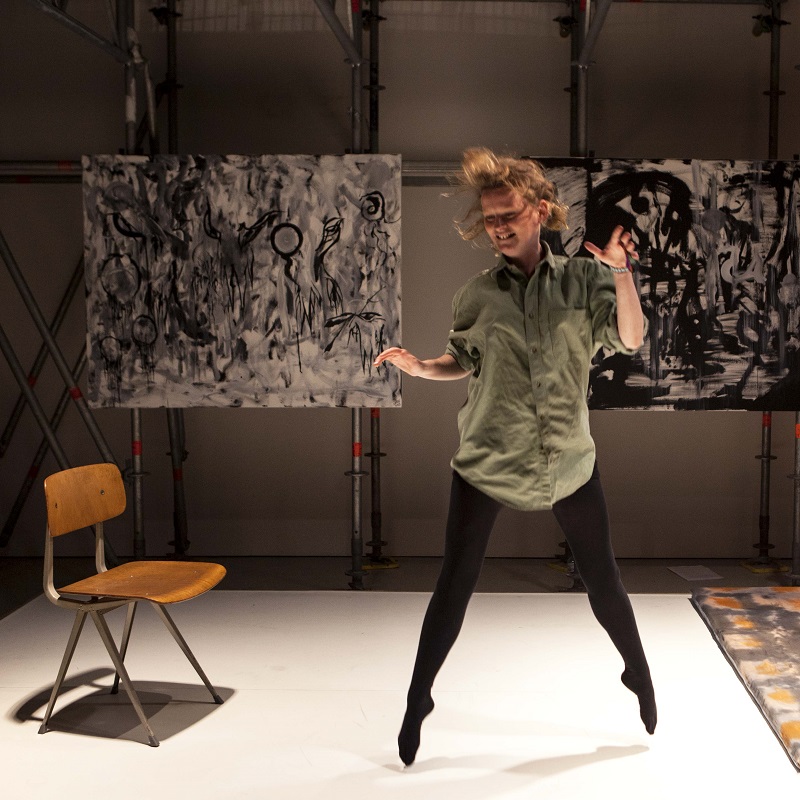 A lyrical exploration of music and memory told through a journey home from work. Jemima fuses spoken word and song to explore how music attaches itself to memories, people and places. From funk and soul to folk music, jemima tells a funny, poignant, story of childhood, displacement, growing up, love, migration, heart-break and joy.

“A glittering show, a gem in every sense, a shining thing” – Natasha Tripney, The Stage

She is groundbreaking. Gutsy and heartbreaking and a has a memorable voice and presence.

A major new performer on the scene. Melody was funny, poignant and absorbing in equal measure – but more than anything I’ve seen in years, it was really well crafted. This is not just an anthology or an easy storyline – it’s a proper dramatic arc, serving both poet and audience well. Truly memorable and truly uncategorisable.

In ‘Melody’ Jemima Foxtrot finds a way of combining a true density of poetic image with both narrative and the magnetic charismatic presence associated with performance poetry.

What I learned from Johnny Bevan by Luke Wright

Thank-you to everyone who nominated Johnny Bevan. It’s wonderful to have be work acknowledged in this way. I love this poem (can I say that?) I’m cock-a-hoop so many of you do too.

A story of shattered friendship, class ceilings, and the hollow reality of the New Labour dream.

At university the whip-smart, mercurial Johnny Bevan saves Nick, smashing his comfortable, middle class bubble and firing him up about politics, music and literature. Twenty years later, as their youthful dreams disintegrate with the social justice they hoped for, can Nick save Johnny from himself?

Luke Wright delivers a multi award winning hurricane of a performance. With humour and humanity he takes British politics head on, challenging the rise of New Labour and David Cameron, and the abandonment of those left behind.

A fantastic political poetry monologue, Luke has arrived as a playwright with this engaging hour of cutting, humorous and touching play, or comedy, or is it a poem?!

Luke’s performance of what I learned from Johnny Bevan is truly brilliant, a wonderful performance beautiful poetry, you are so emotionally involved in the story, it moved me to tears, has to be seen to be believed. Truly wonderful, Luke is an amazing performer

Luke Wright has morphed from a damn good (and humorous) poet into something completely different. ‘What I Learnt’ was the best thing I have seen in years…absolutely stormed it. There were women in the queue in the toilets afterwards crying! I had to have a stiff gin. Brilliant just totally amazingly brilliant, if this doesn’t win there is something seriously wrong with the world. 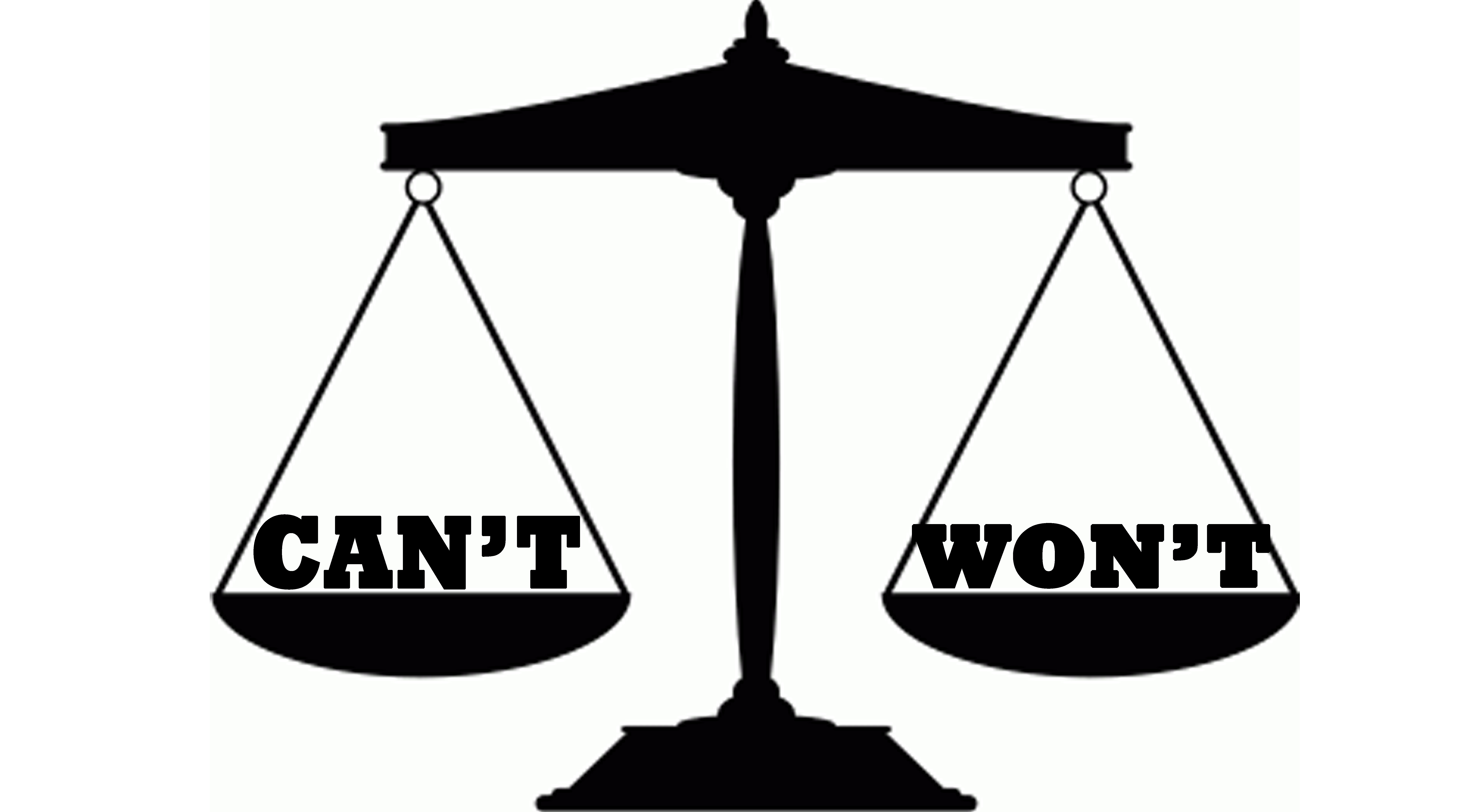