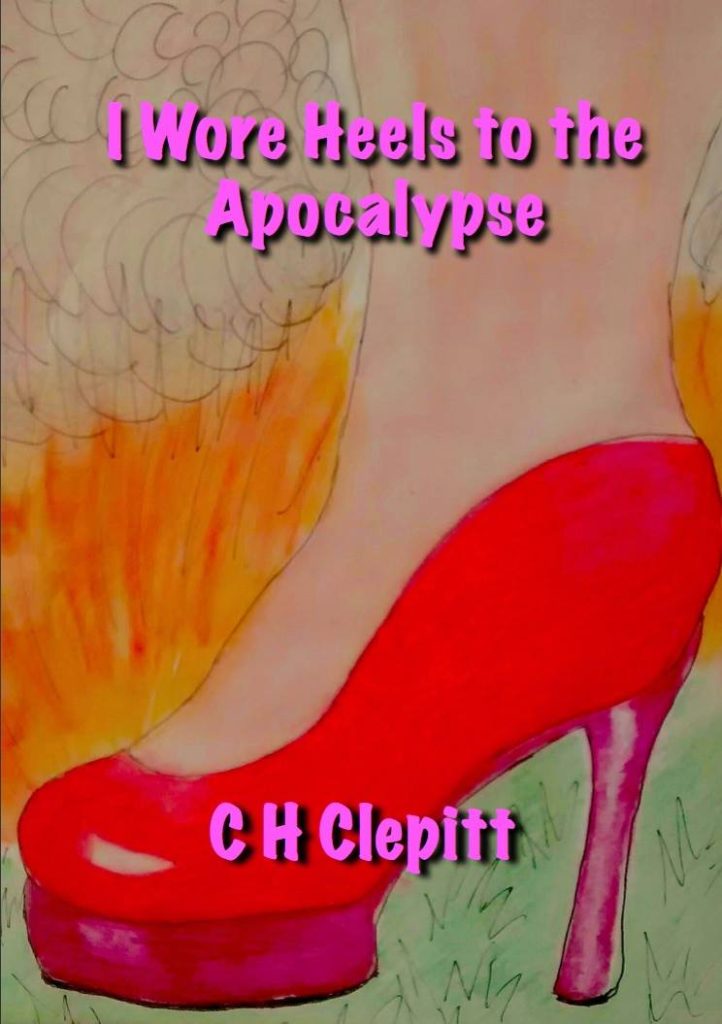 C.H Clepitt’s absorbing novella, I Wore Heels To The Apocalypse, was published earlier this year. Eccentric, comical, yet filled with romance, I Wore Heels To The Apocalypse reveals the adventures of web designer Kerry, who is oblivious to the upcoming infestation waiting to emerge. Alongside her three companions – a personal trainer, an undercover spy and a retired girl guide – Kerry learns to survive in unexpected catastrophe. 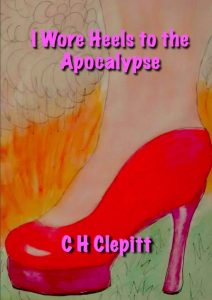 I Wore Heels To The Apocalypse successfully manages to bring an unexpected annihilation to life; an elegant blend of humour and horror. The characters inhabit a tortured, desolate environment which Clepitt depicts through the use of her enchanting descriptions. Each piece of scenery is described with haunting detail, so as to create a vivid image in the mind of the reader, catapulting them into the novella. The characters are left questioning how many survivors remain, generating a thrilling atmosphere: ‘“Well, um, it could mean that we’re the only ones left, at least in this area, er, in um, theory…” he rubbed the back of his head awkwardly as he spoke.’

Additionally, the use of the whimsical, yet refined dialogue enables the realism in the novella to come to life; her language is articulate and precise establishing an intimate bond between the narrator and the reader, which is one of the most impressive aspects of the novella.

The title I Wore Heels To The Apocalypse immediately reveals Clepitt’s desire to explore the abnormal, allowing her imagination to grow, exploring the breadths of fantasy: ‘I never actually expected the apocalypse to happen, and if it did, I did not expect to be wearing heels and a skirt which ensured that fleeing in terror was an impossibility.’ The contrasting elements combine together to place the novella into a comedy genre, with aspects of horror and romance seeping through.

The novella itself is endlessly intriguing and managed to capture my attention throughout, especially when Clepitt gives human traits to the talking badgers, which added a magical theme to the text:

‘“I got this,” the badger spoke determinedly. “Let’s see how his ninja senses stand up to this.”
“Badger…” I began, but stopped. I didn’t want Sam to think I was nuts.’

Due to the unexpected twists throughout the duration of the novella, I found myself rereading fragments, discovering intricate details I may have missed on first read which is always a pleasure.

The only fault in I Wore Heels To The Apocalypse is that the dialogue can be a little unconvincing at times. The characters are often very understated or nonchalant when speaking, something which can sometimes undermine the perilous situation they are in. Although Clepitt definitely intended for her novella to have comedic value, it can feel slightly disappointing to have the thick and suspenseful atmosphere she so richly portrays diminished by the exaggerated and humorous exchanges between the characters.

The novella itself is a remarkable, yet mysterious read and I would definitely recommend it to anyone interested in a gripping fantasy story. Clepitt flourishingly makes an apocalyptic illusion become a reality, definitely a memorable read.

August 13, 2016 dj4twinx Comments Off on Girl & Flame by Melissa Reddish