Next in our spotlight feature of all the categories in the Saboteur Awards: the Best Spoken Word Performer shortlist. Check them out and don’t forget to vote before 30th April.

Thrilled to have this honour. Nice one. Makes each and every one of my queer vegan atoms buzz with a glittery whoosh 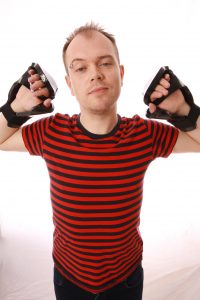 Dominic Berry is an internationally award winning performance poet. He works with children and adults and has toured his verse across USA, Canada, India, New Zealand, Australia and Europe . His awards include winning New York’s Nuyorican Poetry Cafe Slam, UK Superheroes of Slam and, as of 2017, seven Arts Council England Grants for the Arts awards.

He is currently touring two shows, his adult verse ‘No Tigers’, and a family retelling of ‘The Boy Who Cried Wolf’, in collaboration with Big Imaginations, Action Transport Theatre and Arts Council England. Dominic has performed his poetry on BBC’s Greg and Celia’s Festivals Highlights, Channel 4′s My Daughter The Teenage Nudist and BBC’s Rhyme Rocket.

Poet and author of literary memoir Springfield Road (Unbound) and poetry books Fishing In The Aftermath Poems 1994-2014 (Burning Eye) and Under The Pier (Nasty Little Press) Salena Godden was shortlisted for this years Ted Hughes Award for new work in poetry with her spoken word album LIVEwire released with independent spoken word label Nymphs and Thugs. She has been shortlisted for ‘Best Spoken Word Performer’ in the Saboteur Awards 2017. The short-fiction Blue Cornflowers was shortlisted for the 4th Estate and Guardian short story prize in 2016, this work will be published in The Bare Lit anthology with Brainmill Press in April 2017. Her essay Shade was published in The Good Immigrant, which was championed by JK Rowling and crowd funded and published with Unbound. It featured as a Radio 4 ‘Book of the Week’ and won the Readers Choice Book Of The Year Award. Most recently The Good Immigrant has been shortlisted in the non-fiction category of The British Book Awards.  www.salenagodden.co.uk

Seeing my name shortlisted alongside artists that I respect so deeply is absolute life force. What a boost it gives! I’m stoked to witness the public engaging in the arts like this too, and sharing in dialogue about what resonates with them.

Lisa Luxx is a poet and performer concerned with spiritual and political activism. She has collaborated with brands like Selfridges, and The Numinous, plus written the voice over for a short film starring Sean Penn.

Her poetry has been published worldwide by Tribe de Mama, New River Press and the Society Club, plus her articles have been featured in i-D, Sunday Times, Telegraph, Elle, Tank, Diva and so on.

Her latest book & live show, The 4th Brain, is a collection of poems and essays about a millennial finding identity and spirituality in the internet – illustrated by Elizabeth Clough, with live accompanying music by Rico.

She was shortlisted for Poetry Peace Prize and her stage style has been likened to Kate Tempest by BBC Arts.

“Her writing is revolutionary” – Guru Jagat, in Well + Good NYC

Hollie McNish aka Hollie Poetry, is a spoken word poet, who recently won the Ted Hughes Award. Her poems have a tendency to go viral. You can buy her debut collection CherryPie from Burning Eye Books, or her more recent one Plum here.

‘She writes with honesty, conviction, humour and love. She points out the absurdities we’ve grown too used to and lets us see the world with fresh eyes’ Kate Tempest

‘Her rhymes have a driving quality, urgent words pinning down fleeting feelings’ Observer 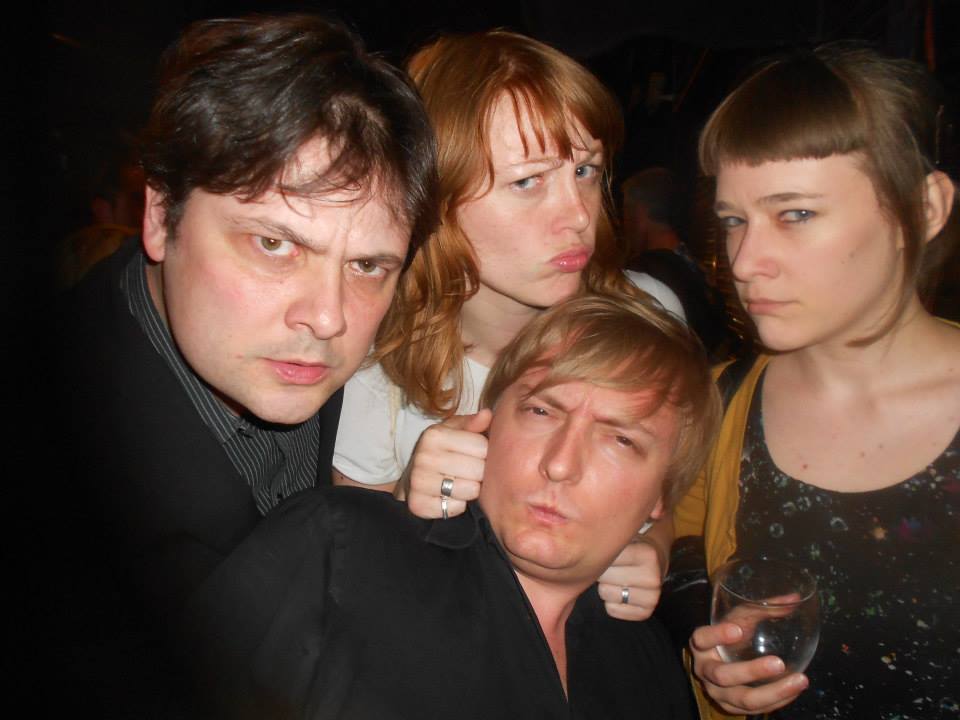