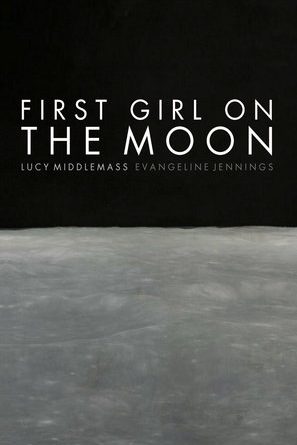 First Girl on the Moon is a collection of short stories by two authors. Why these two strands are in the same book is a puzzle. It does neither of the writers any favours, forcing the reader into a compare and contrast. 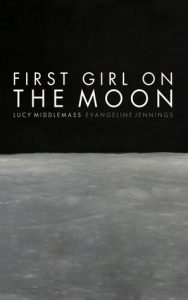 Jennings’ stories are linked and essential form the tale of a three year on-off romantic liaison begun on a holiday between two fifteen-year-old girls: the un-named narrator and Alex, who is a manipulative little madam, to whom I took a great dislike.

Normally with a collection there is an invitation to dip in and out, but the rigid one-from-each-writer implies an intention that they be read in this order, which leads to Jennings’ episodic novella being repeatedly interrupted by the Middlemass stories and looking, by comparison, increasingly shoddy, dull and unimaginative in the writing. In a paper book I would have read them separately, but I lost patience with navigating the ‘who wrote which, where’s the next story’, from the contents, and ploughed on.

I read a lot of YA material, I get that young adults hit a certain point in their lives where they are desperate for anything that will feed their fascination with sex and death. I remember the books in the school library that fell open at particular pages, but if they want this now, they’ve got the internet (unfortunately). I would hope that writers aiming at this market would take a bit of responsibility for writing well and not offer sleazy Skype sex as an option.

At its most basic, Jennings’ story hits all the pitfalls of really seriously old-fashioned writing about lesbians and made me angry. They spend most of their time apart (tick), they make each other unhappy (tick), they sleep with other people (tick), one of them ends up dead (tick). Apart from the lack of holds barred, it could have been written in the 1920s. The only moment that raised a wan smile was when the unnamed girl is almost picked up by an older woman in a Parisian café and makes her escape.

Middlemass, on the other hand, has a light touch (most of the time), an interesting almost-alternative universe, and a cast of believable characters in realistic but dramatic (in a subdued way) situations.

I particularly enjoyed the first of her stories, ‘Furious’, in which a girl child and her slightly older brother take on a rather misguided bit of animal rights direct action, which is funny, engaging and tense. I sweated every inch of that bike ride with them, and laughed out loud at their ineffectiveness and the girl’s determination to see through her act of sabotage in the face of her brother’s cowardice.

It is precisely what goes unsaid in Middlemass’ work that is so effective – the crucial action of ‘Girl Crush’ happens off stage while the protagonist is waiting aimlessly on a car park wall, watching the petrol-panicked traffic fail to pass. The delay in discovering who has done what to whom, is excruciatingly good. Another way in which Middlemass outshines Jennings is that she keeps her young women in the context of their real lives – their prickly relationships with their mothers, their not wanting to go to school, whereas Jennings’ girls float off to other countries at far too young an age, and no one blinks. I know I shouldn’t be tutting about parental responsibility and I’m sure young readers won’t, but it bothered me!

I look forward to more from Lucy Middlemass, but she should have the self-belief to strike out on her own. 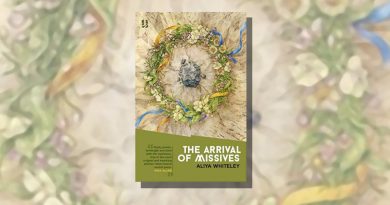