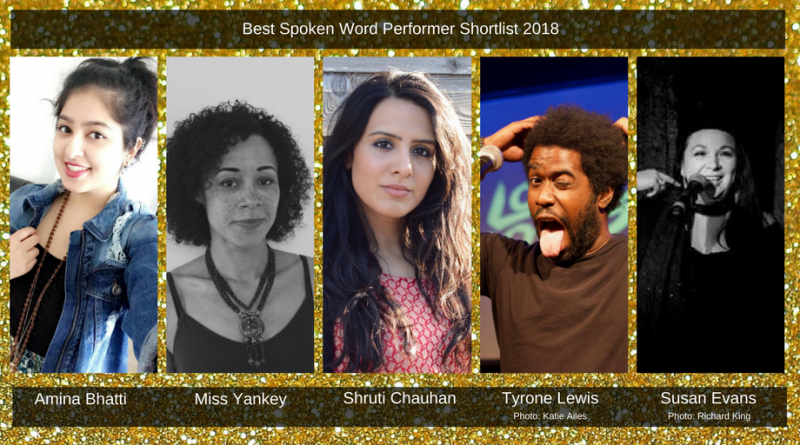 You have until 9th May to make your choice. With this in mind, we aim to showcase each category so you can get to know your shortlist better. Next up, the Best Spoken Word Performer Category! Don’t forget to vote here before 9th May!

Her voice is truthful and mesmerising and her message is always thought provoking and authentic.

Because what she deliver it directly reaches to heart…

Shruti Chauhan is a poet and performer based in Leicester. She has won slams internationally in Chicago and Mumbai, and has performed at Royal Albert Hall, Southbank Centre, Rich Mix, the US Embassy’s American Centre in New Delhi, the Green Mill in Chicago, and at poetry festivals and events across the UK. In 2015 she toured Three the Hard Way – Part 2 nationally with Jean Binta Breeze MBE and Lydia Towsey.

Shruti sits on the Board of Writing East Midlands, the region’s writer development agency, is an MGCfutures bursary recipient, a participant on Curve Theatre’s BAME Cultural Leadership programme and one of 200 British BAME writers featured in Speaking Volumes’ Breaking Grounds publication. Shruti is currently developing her debut solo show, The Sky Diaries, at Curve. She has a pamphlet forthcoming with Burning Eye Books.

I come from the oral traditions of story-telling, though am widely published, too. My debut poetry collection: Shift Happens is coming soon… I mostly write about my relationships with people, places & politics. Facebook recently sent me tips: `If your target audience is mostly women of a certain age, you’ll want to publish posts that will appeal specifically to them.’ So I’ve chosen to share this video, as it features cake, though granted, shame I’m not wearing more pink… Seriously, I am a working-class writer/performer, raised on an East end council estate, of Anglo Indian & Irish parentage. Ben Okri, in his poem: Grenfell Tower:  June  2017, acknowledges: “poverty is its own colour; its own race…” I have worked full-time with the marginalised from a place of being marginalised, for over twenty years. They say where there’s humour there’s hope, which you will find in much of my work.

So contemporary and relevant and funny, with edge.

Tyrone has worked across England with poetry in a variety of ways, including performing, teaching and peer mentoring. Based in London, Tyrone is a regular on the scene there and is one of the co-hosts of a monthly Open Mic Night, Boomerang Club.

I like his style. His work feels authentic and he is a good performer who gives you a jolt and makes you think.

Miss Yankey is a British/Ghanaian Performance Poet; Founder of Poetry Prescribed; Co-host and Resident Poet at The Chocolate Poetry Club; Open Mic Host at Mind Over Matter; and milli-tasking mother of twins.

As a performance Poet Miss Yankey has graced stages at The Royal Albert Hall, The Tate Modern Gallery, Althorp Literary Festival, Leefest, The Lambeth Country Show, and many more. A regular on the open mic at poetry nights including Word On The Street, Well Versed, and Flovortex, she captivates audiences with her honest and heartfelt poetry; often speaking up on behalf of the oppressed and silenced.

Having began writing poetry as a child, Miss Yankey carried her love of writing into adulthood. Upon learning more about the therapeutic benefits of poetry and creative writing, she realised that she had been unknowingly using poetry as a therapy for many, many years. Combining her love of poetry, with her knowledge of holistic therapy, and passion for mental health awareness Esi founded Poetry Prescribed in 2017, with the primary aim of improving people’s mental health and well being using poetry and creative writing. 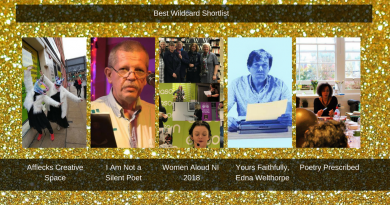