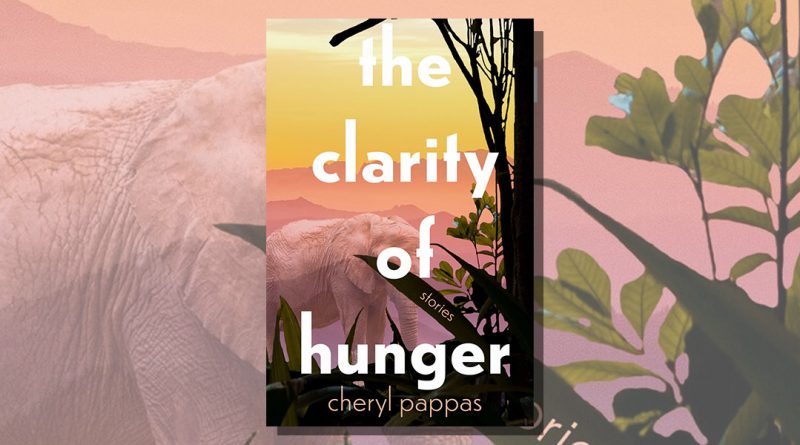 Cheryl Pappas’ debut collection, The Clarity of Hunger (word west press), contains sixteen pieces of mostly experimental flash fiction. The stories take the form of hermit crab flash, prose poetry, hybrid, as well as more traditional realist and magical realist narratives, and often read like distorted fables. Whatever form each story takes, they all have something in common: a craving, a need.

Everything in this fearless short collection is symbolic, including the title; we all hunger for something. Robert Olen Butler promotes a compelling theory on this: he insists a story must have yearning. Kurt Vonnegut once put it another way: ‘Every character should want something, even if it is only a glass of water.’ They’re both absolutely right. And Pappas is on to that. Magic — often dark — and allegory abound: the collection begins with a frozen old woman in a factory of women. She has been bent over, immobilised, for 24 hours, yet not one person has noticed. It’s only when the manager, a man, looks into the old woman’s eyes that he sees the problem. Inside each eye is a frozen lake. Immediately, he warms her in the fires of a basement furnace so that work in the factory above can continue. A metaphor for 21st century existence in the shape of a dark fable.

The two stand-out stories, for me, are ‘Tending the Elephant‘ and ‘Stranger‘. ‘Tending the Elephant‘ is in traditional form but has a magical realist narrative. A woman washes one side of a circus elephant, wondering if the man who washes the animal’s other side will arrive in time for them to work together.

The movement of the narrative, the passage of time is represented by a background Ferris wheel. It’s a magnificent embodiment of a natural clock.

The man arrives, staying “on the other side of 30,000 pounds of flesh.” In fact, the woman has never once seen him, though their work together tending the elephant is a shared physical experience. From either side, they talk while washing the elephant with lavender-scented soap. Alas, the immediate smell of her husband’s coffee calls her back to her realist duties, and her life. Reluctantly she leaves the unseen man to return to the obligations of marriage, the duties of motherhood.

The elephant is primarily a prop, an ocean, a land mass between two individuals who operate in different time zones. Their passion for the tending of the elephant is singular, but shared, yet they never get to see each other in the flesh. Everything is implied — it’s symbolic of the modern age, the internet, Twitter, Facebook, yet it’s delivered via magical realism.

‘Stranger‘ is beautifully written realist short fiction. Claire lives in Paris. Jacques lives in Orlando. She is married. He is not. They begin corresponding through short messages and photographs that zoom in on only specific parts of their bodies. Here, again, two people deeply connect from a distance, across time zones. The story magnifies the power of even the smallest exchanges — a reoccurring theme in Pappas’ work. Claire takes a flight to Paris to meet Jacques in person. In a restaurant they sit facing each other. “This was a mistake,” she said. Jacques sees things differently:

“But we are together. Do not take your hands away. It was you who invited me to sit here with you. I have come; I am here.”

It ends like a Paul Bowles tale and is flawlessly written — as poignant, as true, as any writer specialising in that genre.

‘Profile‘ reads like the melding of a prose poem and vignette: “curvy highways littered with plastic keychains”, and it is this clashing of forms — this hybridization — that Pappas does so well. If you’re a fan of Kathy Fish, and who isn’t?, then you’ll love this. Like Fish, Pappas is also absolutely fearless with form. The final story ‘Homework‘ is hermit crab flash in the shape of a multiple-choice questionnaire.  It begins:

A: Is it: a) a door closing slowly b) a meadow flush with golden buttercups, a rejoicing?”

The cold, objective delivery of the question, followed by the choice of striking imagery allows for the emotional response. And it does so indirectly, creating a greatly enhanced effect for the reader.

Clever. For students of flash this is a must.

Find out more about The Clarity of Hunger on the word west press website and visit Cheryl Pappas’ author website.

Reviewed by Peter Jordan — Peter is a short story writer from Belfast. He has won numerous bursaries and awards, including three Arts Council Grants. In 2018, he was nominated for Best Small Fictions and Best of Net. In 2017, he won the Bare Fiction prize, came second in the Fish and was shortlisted for the Bridport. He has also been shortlisted for the Bath flash and short story awards on three occasions as well as receiving a Pushcart nomination. Over 50 of his stories have appeared in literary magazines and journals. His award-winning short story collection, Calls to Distant Places, was published in 2019. A new short story is being produced by BBC radio. He is currently working on his second collection and a novel. You will find him on Twitter @pm_jordan. 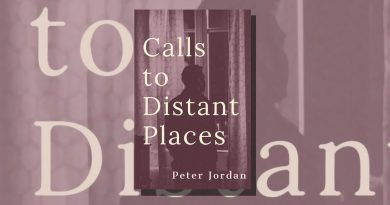 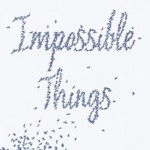