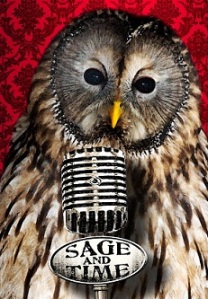 Perhaps it was the weather that kept this night to an intimate gig of fewer people than usual, which is a shame, as it was another event of the fantastic standard that we are used to with Sage and Time.

The hosts opened each half with their own poems, setting the tone of the evening with effusive introductions to both the open mic poets and the excellent features.

There will indeed be more, coming up soon on the 28th of March! – Ed