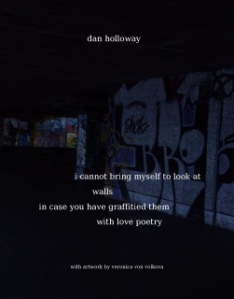 Dan Holloway is something of a phenomenon: poet, novelist, publisher, commentator, event organiser and promoter; there isn’t much connected with literature that he doesn’t do, and do with gusto and a probing desire to experiment.

His latest chapbook of poems and short prose pieces, i cannot bring myself to look at walls in case you have graffitied them with love poetry, exemplifies much of this seemingly boundless energy. Published by his own 79 rats press, it includes, according to Holloway’s own newsletter, ‘pieces I have been performing at shows and slams for the past year, and the material from my new show “Some of These Things Are Beautiful.”’ The booklet comprises thirteen poems and two short prose fictions presented in what is, to me at least, a very conducive format, a saddle-stitched A5 chapbook reminiscent of the golfball typewriter and photocopier output of so many 1970s small presses, artisanal but with the higher quality print and finish that computers and laser printers allow. This technological leap is most evident in the very appealing cover art by Veronika von Volkova; we only dreamed of colour like that back then!

Some of Holloway’s verse betrays its performance orientation in the use of a kind of variant Skeltonics; short irregular but heavily accented lines with the same rhyme running over multiple line-endings.

‘We were making fairytales.
We were Bonnie and Clyde.
We were Jekyll and Hyde.
We were the moon and tide.
We were a skin that only had one side.
Fuck it, we were Park and Ride.’

The form, which is very close to rapping, suits performance well and Holloway uses it to great effect. He is, however, too good a poet not to realise that the reader can have too much of a good thing, and the poems here display his ability across a range of formal devices, especially unrhymed free verse. The poem ‘Strangers’ is a good example of this, as well as being one of the most fully achieved pieces in the pamphlet.

Like many younger urban poets, Holloway seems drawn towards what is often termed the transgressive, a kind of nostalgie de la boue revelling in the sordid aspects of life that echoes Rimbaud, the Beats and Charles Bukowski. In the newsletter that I quoted above, he says that the pieces in ‘i cannot bring myself…’ are meditations on the themes of ‘lost friendship’, and this is, to a point, true. However, this tendency towards the transgressive in many of the poems tends limit the range of friendships available for examination. Take, for instance, the opening lines of ‘Her Body’:

Her body
Was the canvas where you painted your myths
In come and similes and piss,
The focal point of all your bliss,
The only part of her you’ll ever miss.

The sentiment here is not entirely untypical of the kind of mutual exploitation that underpins the relationships is a number of the poems.

For me, at least, the most successful piece, certainly in terms of Holloway’s stated intention, is the wonderful short story ‘The Present Fallen From the Sky’. This is a classic ‘boy meets girl, girl makes surprising revelation about herself, boy loses girl but finds himself’ tale. Nobody gets smashed, throws up or engages in a bout of fisting; in fact, the protagonists don’t even physically touch in any meaningful way. Rather we are presented with an entirely engaging depiction of the redemptory powers of friendship and of art. At the end of the story, the narrator is wondering what will happen when his last concrete tie with the girl is no longer available. His conclusion is ‘But I don’t wonder too hard.’ This seems a fitting note on which to close this review.

Dan Holloway is a writer of great gifts and the temptation for him and for his readers is probably to wonder where he’s going to go next. We should maybe take his advice and not wonder to hard but just enjoy the trip, wherever it takes us. 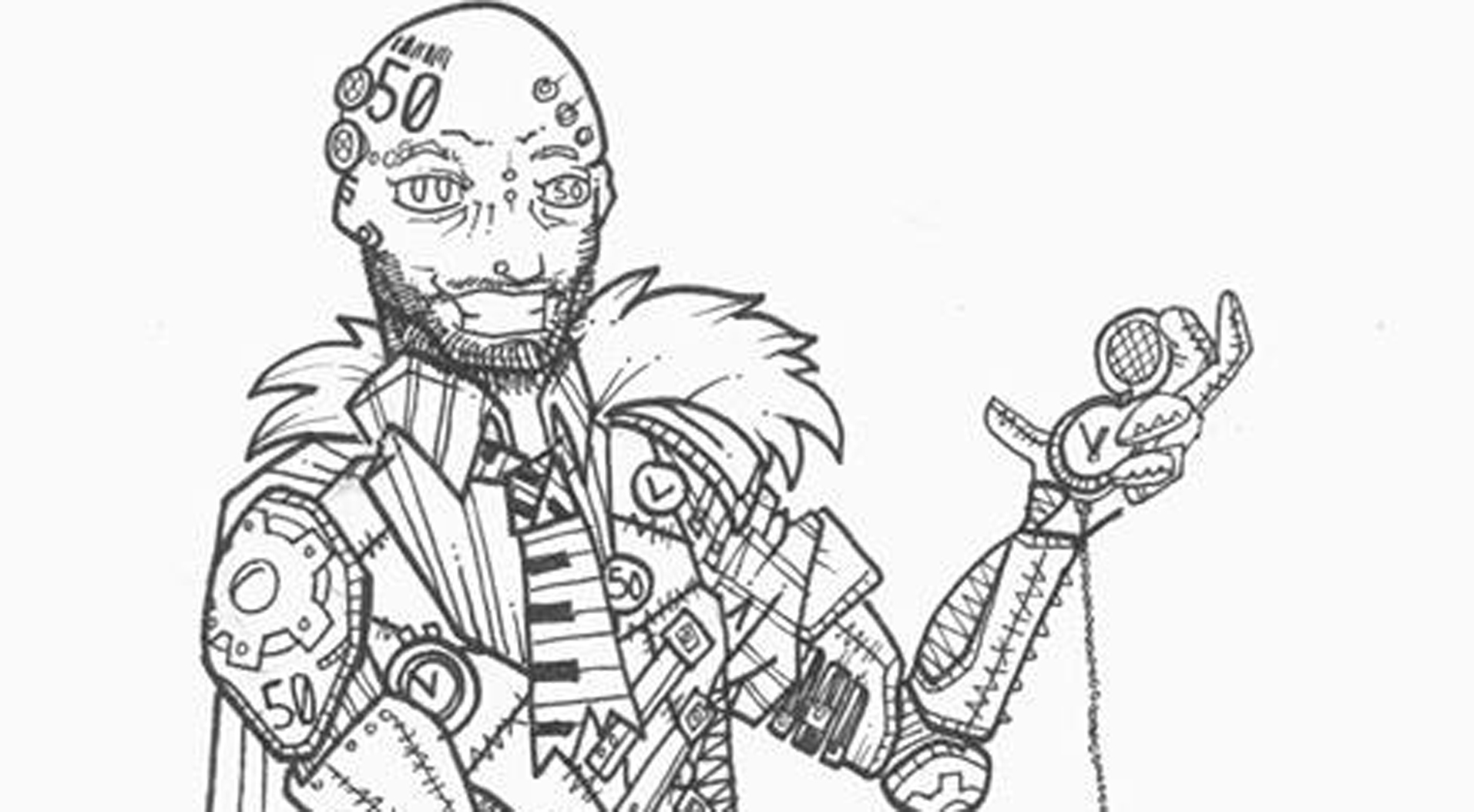