XZ is a new online fiction project from Annexe, whose aim is ‘to dissect various genres of writing, film and drama by reconstructing them from the ground up’. This first issue looks at the genre of noir, featuring a six-part collaboration between Eley Williams, John Boursnell, Akiho Schilz, Komal Verma, Jack Swain, and Ben Gwalchmai. According to editor Nick Murray, the writers were given ‘only the bare essentials needed to keep the story cohesive’. While it is possible to extrapolate which elements or details were specified for the writers, I think it might have been useful if these had also been made available to readers of XZ. 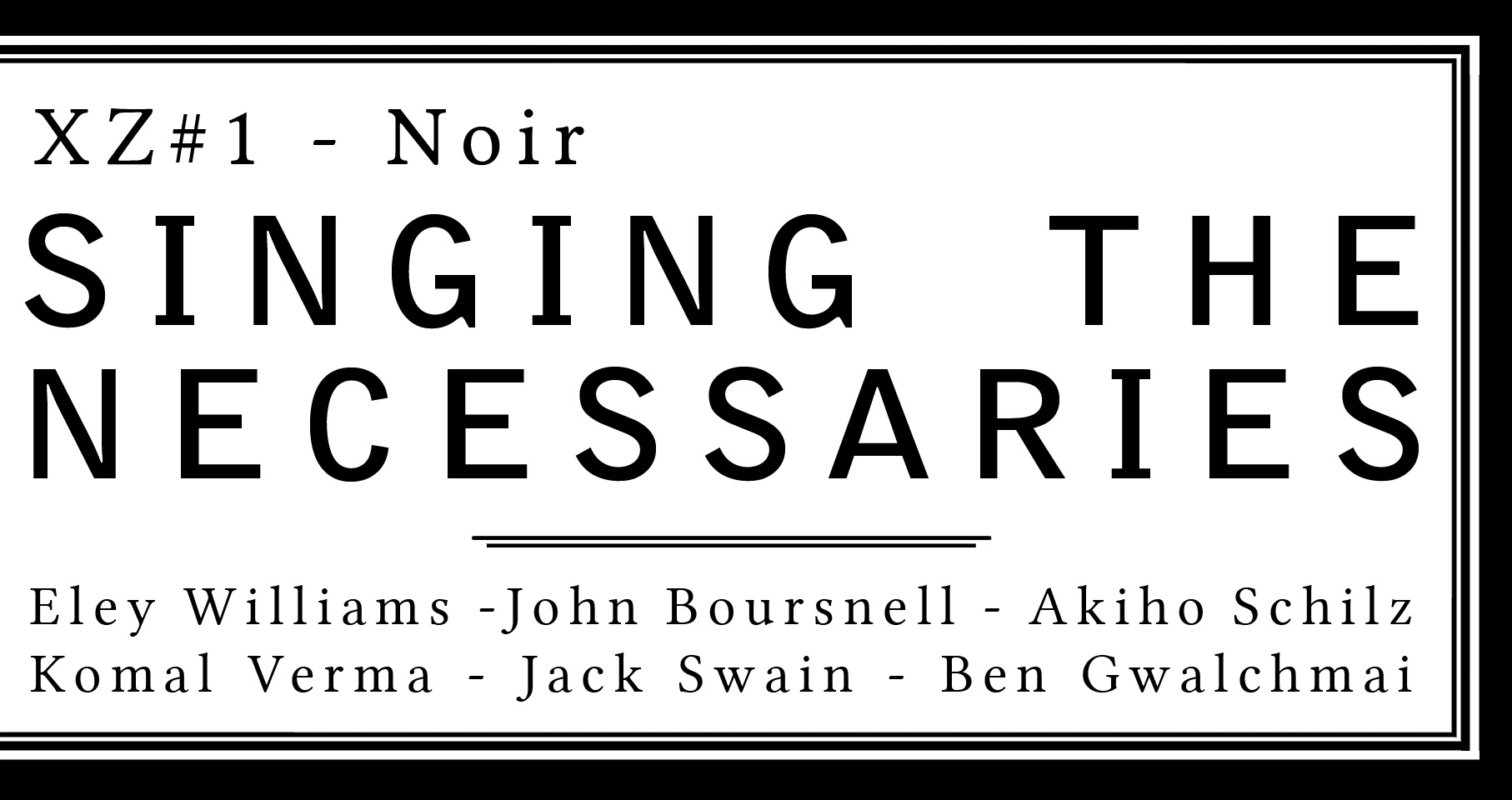 Of the six writers, Williams, Schilz and Verma are the ones whose sections most closely tread the path laid out by the noir genre. Williams has the responsibility of laying the groundwork for the story, and does so admirably with an opening paragraph written in the second person, where the reader merges perspectives with the protagonist in a series of instructions for a routine concerning a bottle of whiskey and a glass. So by the end of this section, we have our detective, Sam Grayle, our mysterious woman, Eve Butler, and a murder to solve. Schilz’s section then gives us our detective’s confrontation with his narrative nemesis, Eric Strathray, which winds up with Sam trapped in a fishing boat in the next section, written by Verma.

These three segments of perfectly serviceable noir are complemented by slightly more experimental takes on the genre. Boursnell’s section bridges Williams’s and Schilz’s, as our detective travels from his office to a club licensed to a certain Strathray. What is striking about it is the filmic quality of the writing. Laid out like a free verse poem, this section is divided into three stanzas, each consisting of a series of actions. One can almost imagine how the camera would pan and zoom in a film version of Boursnell’s section, and the effect is to inject a sense of constant movement into the narrative. Swain’s section then forms a sort of coda to the main narrative that ended in Verma’s portion, taking the form of an ‘Extract of debrief of Acting Agent in Charge Michael Banner’. It helps to clarify how and why our detective was double-crossed, which Gwalchmai’s concluding segment also does in the form of a poem, containing moments of humour (‘a Grayle of Butlers’), self-reference (‘You should have warned me / reader’), and enjoyable wordplay (‘you should have warmed me / to the killing by flagging / the flogging that follows’).

On the whole, XZ #1 comes across as an interesting dissection of the noir genre, a sort of variation on the game of exquisite corpse. I am keen to see what this method will produce when it is brought to bear on other genres (the next issue will explore Gothic horror). Having said that, I personally found myself feeling ever so slightly cheated by the end of the story, due to its brevity. Certainly, as Murray notes in his afterword, the characters in Singing The Necessaries ‘have been given lives and motives, both written and implied’. Yet there is perhaps too much that has been left oblique, or at the very least, a lengthier story would have helped to create more reader investment in these promising characters.