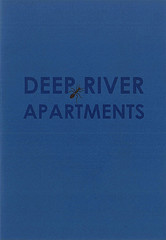 Having already published chapbook anthologies tackling Twin Peaks and Mulholland Drive, The Private Press have now delved further back into David Lynch’s oeuvre to his 1986 noir thriller Blue Velvet (what’s the statute of limitations on spoiler warnings, by the way?). As Alvarez says in her introduction “It is not easy to leave a mystery alone”, which neatly explains why Lynch’s film has endured for so long, with its enigmatic mixture of black humour, Lynchian surrealism, strikingly grisly imagery and quotability. This also makes it a pretty ripe subject for poetry.

The eight poets involved have come at the film in a variety of ways. Shann Palmer’s opener ‘In five minutes’ uses only dialogue from the film, but with a brevity and subtle employment of rhyme that make for an arresting opening. J.L. Thompson and Dionisio Velasco both tackle the scene of Jeffrey as voyeur, hiding in Dorothy Vallens’s closet (within the titular Deep River Apartments). Thompson takes a straightforward descriptive approach, but Velasco writes from the first person and mirrors the film in making us complicit in the act: “Dark shadow/slats line my face. O/to get an eye full/of you, baby”, going on to subtly conjure up the erotic and illicit thrill from what is witnessed.

Later, back in the same room, Elaine Borthwick’s ‘Bullet from a Gun’ focuses in on the grisly fate of the Yellow Man and his gravity defying post-mortem posture: “The miracle is I’m still standing, fuckers!” It’s brief, but succinctly conjures the bizarre horror of the scene as we hear the “disembodied voices” from the police radio in the dead man’s jacket.

The image that is perhaps most often associated with the film, is that of the ant covered ear Jeffrey finds in the grass, and it’s unsurprisingly referenced by a number of the poets. In her second contribution, J.L. Thompson again opts for a more straightforward, but strikingly descriptive approach in ‘A Decidedly Undomesticated Appendage’, as it crouches “crablike and belligerent…a turncoat clad in mold”. Sam Rasnake approaches and investigates the ear in A Fable, but with a keen sense of the subtext of the image as he shows us: “a single ear lost in a field,/unable to translate the ants/marching through”, observing that this ear is no longer able to hear the “screams/of desire from the dark/throttle of bodies”. It’s an evocative poem that impressively manages to encompass the themes of the film in an economical 14 lines, and as the chapbook’s closing poem, makes for a strong finale.

Jennie Cole’s ‘An Ear for Music’ also makes reference to the stray lobe, but uses it more as a springboard to explore fragments of image and dialogue from the film. This is the chapbook’s most stylistically fractured poem, elliptical and heavily tabulated and not overly concerned with a comprehensible narrative. In this sense you could argue it is the closest in tone to the film itself, throwing in seeming non sequiturs, refrains, things that almost make sense but don’t really, back stories never fully filled in. Appearing mid-way it provides a pleasing tonal and stylistic shift and it takes in a much broader view of the film as a whole.

Another poem that takes more of an overview is Angela Readman’s ‘After the Robins’, starting with the film’s conclusion: “We’ll end it there, with birdsong at a window,/opening bone envelopes that can only hold love” then widening out to an interrogation of Jeffrey and Sandy’s bizarre courtship throughout the film. The poem’s strength is in its ability to conjure up Lynch’s imagery of the “fences painted porcelain white” then to puncture that picture of suburban perfection with the darkness that lurks behind and beneath it: “Because all it could take is an oldie between stations,/to snip the neat seams of our street, hand me back/naked to a brunette asking ‘if I was a bad man, who wanted/to do bad things?’” Readman then returns to that concluding image, but using it, as Lynch does, to unsettle us: “But we’ll just end it there, with a robin at our window,/say nothing of beetles spilling blackly from its beak”.

The ear crops up once more in Kirsten Irving’s standout poem ‘Suave Ben’s Panic Box’, this time extrapolating on how it came to become detached: “Clean off/with Frank’s blade, the bound man/screaming like a she-cat”. Irving’s approach is to fill in the potential back story of Dean Stockwell’s enigmatic cameo as Suave Ben. Surprisingly, it’s the one poem in the book that really touches on the horror that is Frank Booth and the fear he provokes in those around him. Irving speculates how Ben might truly feel whenever Booth decides to visit: “You do not flinch. As gassed as he always is,/at the first sniff of fear or dissent,/Frank is a trapdoor spider”.

Irving’s confident language puts us, trembling, into Suave Ben’s position and gives us a glimpse into the inner life of those caught up in this psychotic whirlwind. In Frank’s absence: “Ben screams, snots and cries/into the soft lining” but, as survival dictates, upon his arrival: “the deathmask back on,/he obediently boots a dying man in the groin”.

Irving leaves us with the final queasy image of Ben “miming Orbison’s In Dreams/swaying with clownish sorrow/as Frank claps, listens like a child,/tears running freely down his face” highlighting the contradictions within them both. It’s a strange world, indeed, and just as Lynch does, Irving puts us right in the centre of it, horrified, but unable to look away.

For any poetry loving David Lynch fans – and I’m guessing that particular Venn crossover section is reasonably well populated – this is a smartly produced chapbook that pleasingly compliments the film, but also stands confidently on its own and gives us an opportunity to glide through this disconcerting world from a number of different perspectives. Can we have Eraserhead, Wild at Heart and Lost Highway now, please? 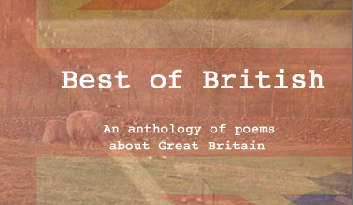