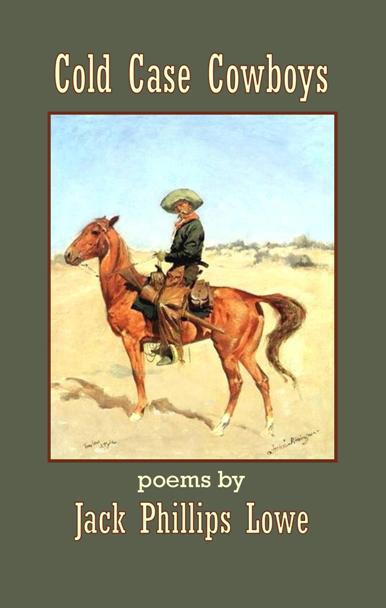 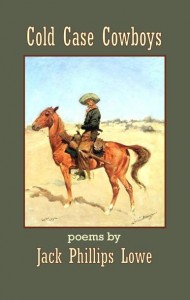 It’s clear from the title of this collection and the Frederic Remington image on the front-cover that we, as readers, are entering a frontier land of the imagination that is half high-brow and half pulp-fiction. The sort of territory where Charles Bukowski meets Ambrose Bierce or some cowpuncher poet like James Dickey rubs shoulders with Sam Elliot’s philosopher cum cowboy in ‘The Big Lebowski’. For sure, many of these poems shoot from the hip and are written in a strong, silent, man-of-few-words style. Yet there are other poems that are crammed with top-drawer pop culture references to Gram Parsons and Richard Brautigan, to name only a couple. Brautigan has a cameo in the poem ‘Preventative Measures’ where the speaker, having bought a rather crummy old copy of Brautigan’s The Tokyo-Montana Express, fears it might be infested with mites and so blasts the book for two minutes in the microwave:

‘When I pulled it out of the oven, the book was hot,

I anxiously cracked open
the now-hygenic book to a mid-volume page.
It was the first page of a story
titled “Something Cooking.”
Someplace far away,
Richard Brautigan pissed himself laughing.’

There are other funny, playful and irreverent takes on figures such as J. D. Salinger, whose ‘secret vault’ of unpublished work might actually just turn out to be a pile of old completed crossword puzzles. Lowe’s poems seem to be opposed to any ideas of literary preciousness, and rightly so, yet at times the reader is left wishing the poet could be a bit more of a taciturn cowboy poet. Certain poems, such as ‘A Rare and Singular Quality’ often over-explain or over-stretch themselves. The speaker piques our interest by mentioning Gram Parsons only to say that this poem shall be about an anonymous young girl in one of Parson’s graduation pictures. The poem works on a fascinating concept, yet after a point the poem loses its novelty and becomes a re-tread of Parson’s last few weeks at the Joshua Tree Inn. Similarly in ‘Unscathed’, the poem is set up extremely well, a person in a book shop wants two books yet can only afford one, which does he choose? It transpires both are Raymond Carver related, one by his first wife, the other a collection of Carver’s poems. In the end, the browser instead buys something completely different, however it is this quandary which makes the poem:

‘Which one would I choose?
The words of a man
who inspired me to write my own poems
or the words of the woman
who enabled him to write this?’

This poem would have been very effective if it ended on this dilemma, yet the speaker tries too hard to put an even deeper spin on the event, and in doing so over-explains again:

‘I may have slighted a literary god,
but at least my karma was unscathed.’

I had this feeling recurrently while reading ‘Cold Case Cowboys’, that all of these are good and often moving and entertaining poems but the poet always seems to want to put a punch-line at the end to wrap things up when the poems are arguably much more open-ended than that. For instance in ‘Important Too’ the speaker is reading a book, loafing about in his back garden drinking beer until he notices a hornet trying to pollenate a flower printed onto his umbrella. After debating whether or not to flick the hornet away, the poem ends:

‘Instead, I crack open a fresh beer
and turn a page of my book.
After all, everyone has dreams –
even a dumbass hornet –
and those are important too.’

Often poems can gain great power from ‘things not declared’ and this applies to a number of Lowe’s poems, such as ‘Him Alone’ which imagines tightrope-walker extraordinaire Philippe Petit’s reaction to the September the 11th attacks on the World Trade Centre. This again is a striking idea for a poem, yet Lowe can only refer to the 11th as ‘that horrific day’. The word ‘horrific’, which is repeated twice in the poem, is surely tautological, simply ‘that day’ would suffice in being much more powerful. In fact, looking beyond the pop-culture poems, the witty poems and the cowboy-posture poems, there are two poems here that posit themselves as unconventional elegies for a dead father. These two poems ‘Final Notice’ and in particular ‘The Satisfaction’ in many ways outperform anything else in this collection. ‘The Satisfaction’ imagines ‘my father’ watching endless ‘John Wayne movies on TV’ in ‘God’s kingdom’. The poem guides us through this father’s domestic history and humility, how he is happy to continue in the afterlife in a ‘divorced dad hovel’. In this poem Lowe’s cowboy pose drops and we glimpse something more vulnerable but also much more moving and profound, the ending of this poem is more than worth quoting in its entirety:

My father could’ve had the phone removed, too.
But he didn’t. He left it there,
even though he never calls anybody.
He never answers it either,
though the phone rings constantly.

My father always said
a man must make his own way in life
and should expect help from no one –
not even the angels.

That’s why my father sits and listens
to that heavenly phone ring.
He does it to prove his point,
to deny me the guidance I pray for
and to give himself the satisfaction
of knowing that I keep calling.’