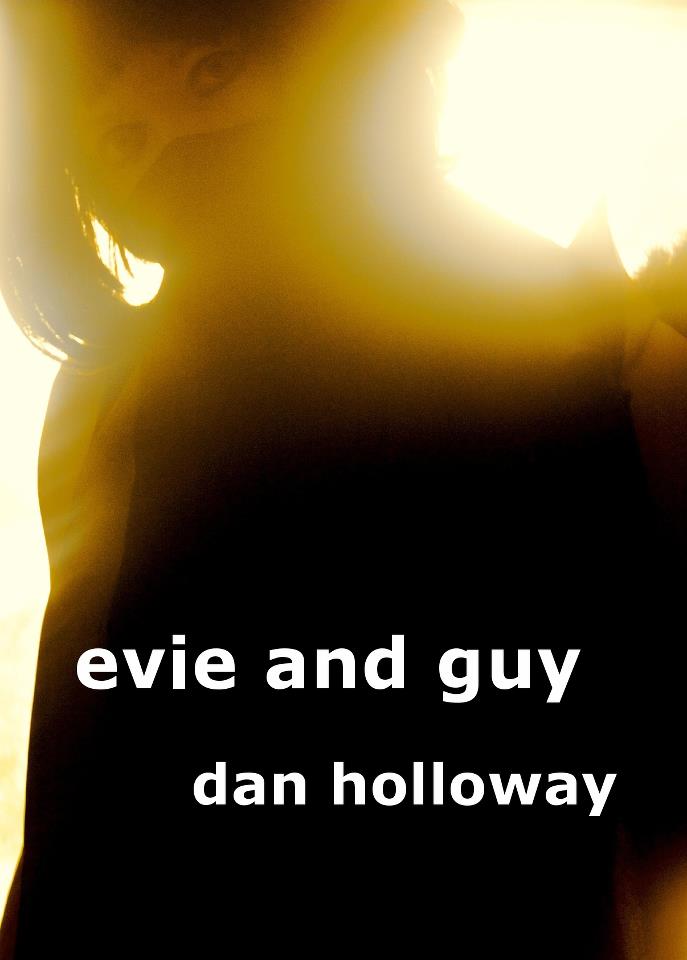 In one interview, Dan Holloway revels in the moment when a member of his reading group told him: ‘the emperor has no clothes’ – because that’s what people always say about conceptual art. He concludes, therefore, that he must be doing something right with Evie and Guy, his numbers-only ‘novel’.

Evie and Guy claims to be a story told through numbers. And that’s why in this review, I absolutely will not be telling you what the numbers stand for. This is an edge case of experimental storytelling, and I want you to try the experiment. Skip the foreword, skip the introduction, and read the numbers as they’re written. Then tell me what the story was.

I’m going to buy into the concept of the book, at least for now. But even as I do, it’s got its problems. For one, it’s not an easy read, and not always for the right reasons. The numbers are arranged by year (that’s clear from the formatting), but unfortunately, presented as a page-wide and simply-wrapped column of data, extracting information from Evie and Guy is like reading one of those spy codes formed by spotting what letters are missing from a sentence. It requires painstaking concentration, and when you do notice patterns, realisation often comes more by chance than a feeling of design.

It’s also strange that the two datasets are presented sequentially, as Part 1/Part 2, rather than side-by-side, since a lot of the work’s ‘meanings’ are best found by comparing the two.

To be fair, these are understandable teething problems of experimental storytelling. Future works of the same type might be expected to remedy them. But these problems do hamper the work in hand. Perhaps the difficulty of parsing the data is meant to force the reader to savour each individual moment, to live for a time with the characters. For me it just felt a bit like counting grains of sand. Columns are the punctuation we use to make numbers readable, and I don’t think they would have harmed the purity of the experiment.

Anyway, once you’ve had a glance, read the foreword and afterword. Yeah. That’s what you’ve been reading.

I have theoretical-paradigm disagreements with the author here. Following Lacan and the ‘fall from jouissance‘ (see here for the least technical explanation it’s possible to give on the subject, but be warned: it’s still highly technical), Holloway wants to show us how a story can be told without words. Because language itself is a social construct, and it’s empowering to do without it sometimes.

That’s a good point. There are many occasions in life when we’d far rather hug, or fuck, or laugh or climb a tree or punch someone in the mouth than express those feelings in words. Being forced to use language for the sake of social convention can be frustrating, especially in the face of vile incivility designed to silence. I’d like to vehemently disagree with the idea that language is fundamentally and problematically destructive to the emotional content of experience – but insofar as much art exists at the periphery of ordinary methods of expression, it’s absolutely worth the experiment.

Except for in his foreword, Holloway claims that he wants the reader to tell their own story. That’s fine; one reviewer compares it to a choose-your-own-adventure book, while others talk about the thought-provoking nature of conceptual art (some, tellingly, also propose that it be presented differently). But Holloway hasn’t told a story in numbers: he’s displaced his storytelling into his foreword and afterword. Until I allowed myself to think in the terms laid out in the accompanying metadata, there was no story there, no emotion, and no relevance. Nothing within the work tells the reader that this isn’t an account of its protagonists’ games of patience. Nothing within the work tells you that it’s an account of anything at all. Without the accompaniment of forbidden words, you’re looking at hieroglyphics before Champollion.

It’s hardly uncommon for conceptual artworks to require external explanation, and Holloway cites influences like Emin and Rothko, artists who create boundary-markers at the edge of art (see also the second of this year’s Reith Lectures!). But me, I take issue with the idea that the best way to tell the story in his head was to disparage language – the uniquely human tool designed for telling stories – and then go ahead and use it anyway. It admits the failure of the experimental form even before it’s begun.

Once you buy into the project as it is – a sketchy outline of a story presented as a foreword and a dataset relating to that sketchy outline – you can start to chisel your own emotions into the data. Spot the dates and times that stand out. Wonder to yourself why Evie is doing what she’s doing on Christmas morning 1980, and why her routine barely changes when Guy all-but stops for two-and-a-half years. Glimpse the ordinary, domestic tragedy which blights the lives of women everywhere. Check the afterword’s references.

I’m not ignorant. I know exactly what this project’s about, and I agree with its socio-political aims. Holloway seems to have the best interests of women, feminists and otherwise, at heart. But its severe technical difficulties condemn it to failure as anything more than an exhibition piece. Numbers, and only numbers, are exactly not how to tell a story.

In his afterword, Holloway says that the cover image let him feel Evie’s eyes looking right into him. If only he’d given her a mouth to speak with, I might have felt anything at all.

One thought on “Evie and Guy by Dan Holloway”