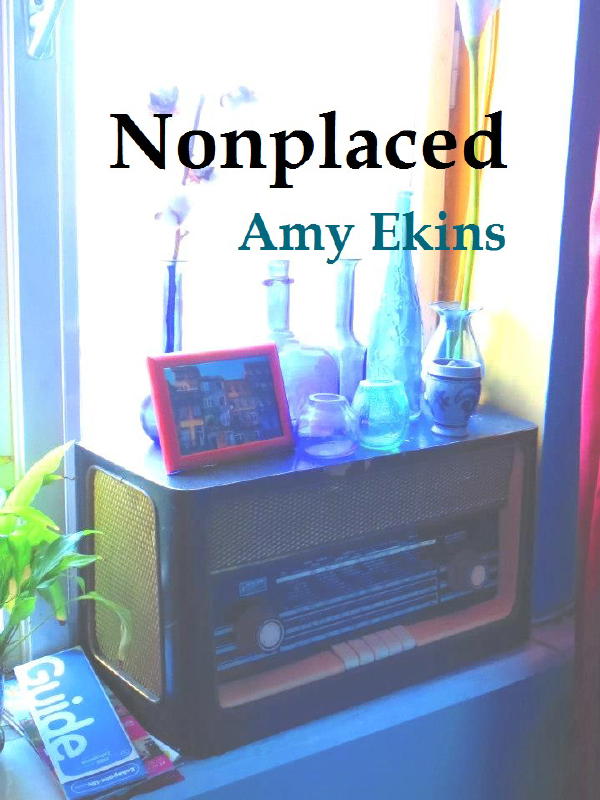 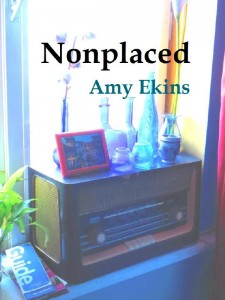 Amy Ekins’ debut pamphlet is unusual in that, rather than presenting a range of discrete works showcasing the poet feeling out their voice, it’s a lengthy and coherent project: 29 five-line poems, each titled after a domestic object, beginning with “You are not here”, and describing the object’s emotional resonances in the absence of a long-gone lover. The voice is direct, tragic and bitterly witty, and the effect is a gut-punch: the mourning for a lost relationship is so accurate and relatable as to be devastating. This is a pamphlet I would give to a friend going through a hard break-up, because self-recognition is so important to grief. Unlike a money-note power ballad, though, these poems refuse catharsis and are never self-aggrandising in their sadness: they resist a tragic mythological narrative in favour of the bald simplicity of loss.

Despite being sparse on visual detail, they also seem to be highly descriptive poems – I feel like I can picture the narrator’s flat with some accuracy, but in leafing through the pamphlet now I can’t work out how that happened. In imbuing a purse, a pillow or a washing-up bowl with rich emotional resonance, Ekins summons the objects into being. The result is a kind of domestic nature poetry, where the inventory of a lonely flat is treated as carefully as birdsong. Despite Ekins not assigning it a single adjective, I know this microwave:

You are not here.
This does not surprise me.
Microwave meals are the conserve
of the lonely, the partial,
whereas you are whole, a sphere of heat in and of yourself.

This fresh, clear language is used throughout the pamphlet. For me, Ekins’ writing is at its weakest when it collapses into poetic conceit (“Stubs of trips worn to slips”, “creased with kisses passed” from Purse) and at its strongest when it moves easily between quietly described moments. Ekins also uses contemporary language forms (“FYI”, “#location”, and so on) in a natural and entirely unshowy way; rather than demonstrating a grand poetic point by using them, she is simply showing us that they are an ordinary part of contemporary vernacular and thus a poetic resource. The effect of this voice is frequently tragically funny, when the flat tone reveals a deeper wound:

You are not here.
I lift the receiver, checking
you aren’t trying, failing
meeting with a dial tone
(no).

Though I loved the poetry, I found myself unsatisfied with the pamphlet form for its presentation. While the copious white space around each poem slows down the reader and gives each poem its necessary breath, for an expansive sequence the briefness of the format feels constraining. This isn’t helped by the cheap presentation – characterless paper stock, unconvincing typesetting and a slightly pixelated cover – which sells the poems short. A project of this ambition and scope deserves more innovative presentation – how else could a long sequence of very short poems be refreshingly presented? A box of notecards? A tiny pocketbook? A twitter stream? Something unthought of? I also felt that the content of the work hadn’t been fully exhausted by 29 poems – I felt like there was more of the flat to explore, more of the grief to inventory, more to hold and to mourn. Could the work have been extended further if it were given something other than a pamphlet to live in, and would it have found a different format if the pamphlet-prize-collection career arc weren’t so suffocatingly established?

Similarly, I was disappointed by the final poem, Fin. I didn’t want the pamphlet to end – not just in the usual way, when you want great poems to keep going and going, but also because I didn’t want the loss so carefully documented to be cut off with a neat “Fin”. Although the pamphlet ends with “here I was confused”, the final poem still aims at resolution, and I felt dissatisfied not just with the conclusion but with the idea itself of the poems concluding. I didn’t want to end on a note, even a hanging note – I wanted the obsessive inventorying to keep going and trying and failing to resolve into new life. On the other hand, the poet’s first duty is to themselves, and certainly not to me, so as much as I want an expansive compendium of break-up poems for mourners to share, perhaps, in the end, it was time for Ekins to move on.

The Lightfoot Letters by Angela Topping

February 4, 2014 Editor Comments Off on The Lightfoot Letters by Angela Topping

66 thoughts on “Nonplaced by Amy Ekins”