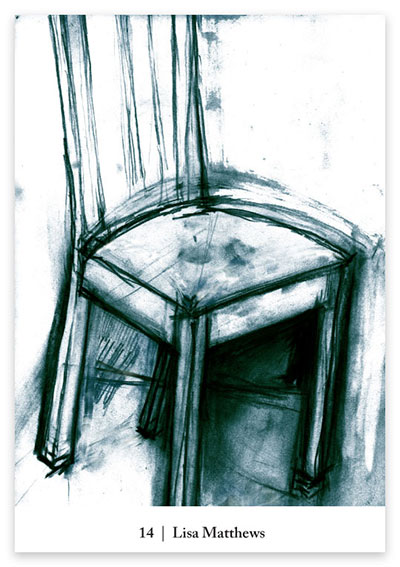 Vertebrae spinning towards you,
the meat and matter of me intent
on finding their own dark star. 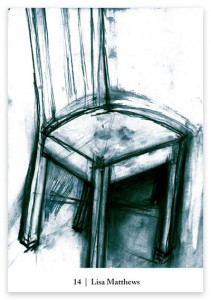 Lisa Matthews’ chapbook features selected poems from her up-coming collection La Quatorzième. Published by LiteralFish, it is a short but sinewy blast of fluid yet ultimately focussed poems that revel in playing with themes of perspective, inter-personal connection and belonging.  Matthews’ poems often dance around the issue at hand, the ‘meat and matter’ tantalisingly out-of-reach until the deftly timed delivery of knock-out realisation just at the end.

‘There has always been a delicate balance’, the opener, presents a yin-yang outlook, where the “door ajar” is complimented by the light that trickles from that empty space. A circular poem, it introduces us to Matthews’ playful take on the cyclical and inter-dependent nature of things.  She goes on to explore this more deeply in ‘The eternally collapsing object’, where the narrative voice is torn apart by the pressure of memory, ultimately too drawn to the darkness of familiarity. The one-stanza piece provides one of the stand-out lines of the collection; she is wonderfully blasé as she struggles to describe

the sense of my own spine as it peels
itself free from the skein of muscles
in my back.

Matthews is not limited in the scope of her thematic adventures here, however. ‘Lifeguard’ scythes through the concept of altruism, whilst ‘Afterwards’ celebrates individuality against the “incomplete” state of leaving one’s dreams in the hands of another.

The ocean or sea is a recurring motif within this finely-balanced selection, often standing as a symbol for the ‘endless other’, the vast and all-consuming void to which ‘Arrhythmia’ is drawn, once again, from the chaos of “these hands/this throat” and “The wrist through glass”. And again, Matthews is remarkably calm in her delivery of these lines, assimilating the tumult and fury of relationships as something to be routine and yet no less emotionally potent.

To read this sublime selection of poems is to marvel at Matthews’ ability to create defined characters through her assured, simple phrasing and unique imagery, demonstrated most masterfully in poems like ‘Everyone’s gone to Ruth’s’ and ‘Helena’.  One cannot fail to be moved by lines such as ‘Ortolan’s “my hands are wings, your skin the sky”. Possibly the jewel of this collection though, is ‘Come’, a vast emotional canvas that recalls themes first introduced in ‘The eternally collapsing object’; perspective toyed with from the enormity of a black hole to the domestic confines of “your living room”. It is this ethereal mix of the everyday with the barely comprehensible pull of emotional gravity that defines this fine batch of poems.

‘Red doe on the hill’ follows this tour-de-force with a reticent yet filmic examination of idiosyncrasies and small details, while ‘Lighthouse’ and ‘Abandonment’ close off the collection with another reminder of the poignant and yet often transient, destabilising nature of love and commitment. Emotions are exposed as cyclical: “Everyone comes back,/everyone leaves”.

That these 14 pieces are part of something bigger yet to come (La Quatorzième is currently in its editorial phase) is as impressive as it is typical of a poet that always leaves the reader with an intangible sense of something bigger. 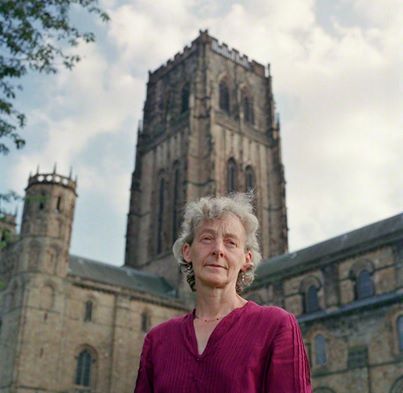