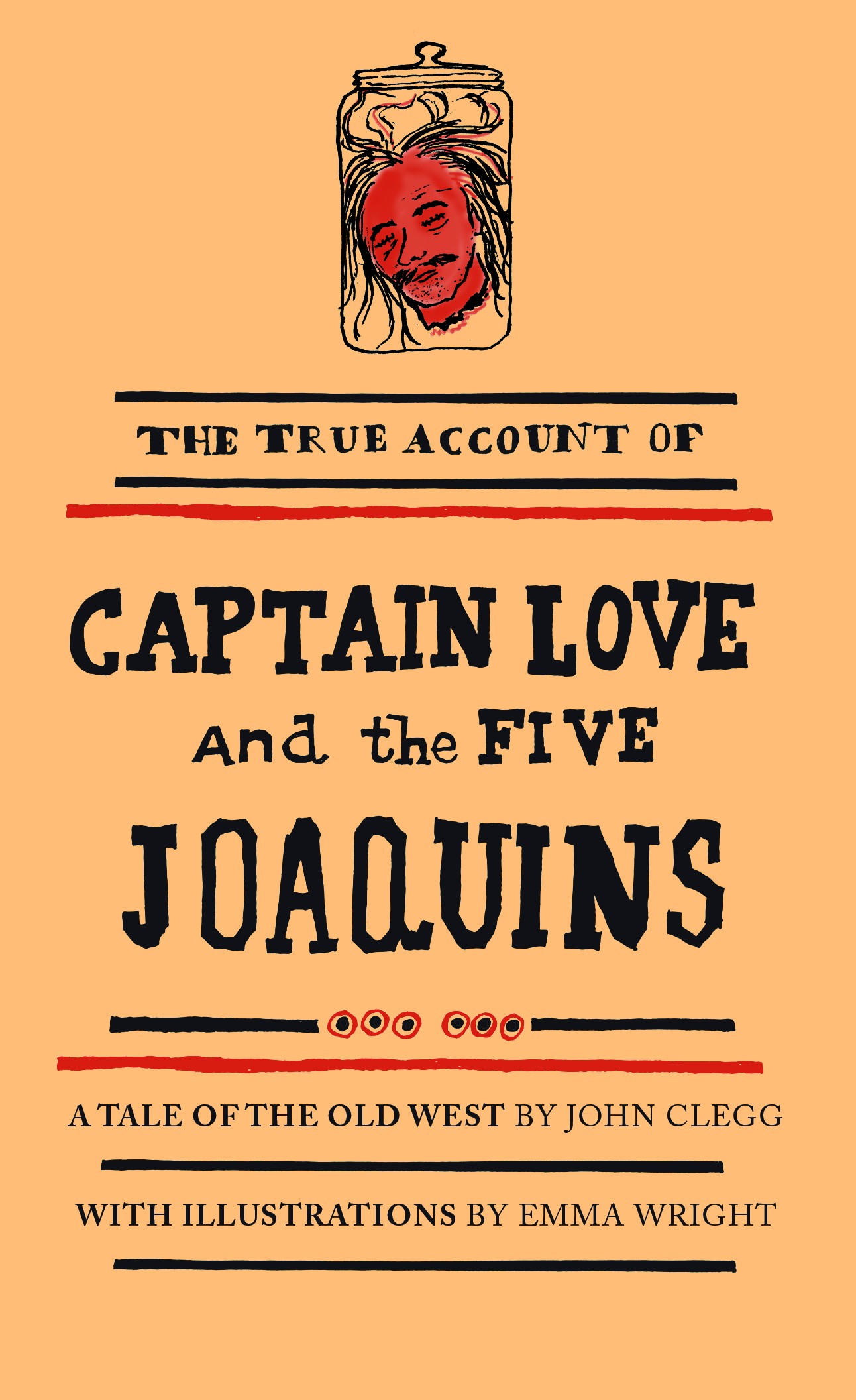 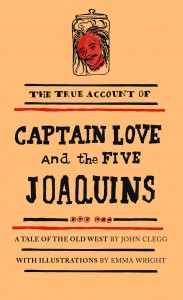 On 23rd July 2014, Sabotage Reviews’ editor Claire Trévien led a Poetry School workshop titled Poetic Tripadvisor – how to review poetry. One of the outcomes of this workshop was to decide on terms equivalent to a Tripadvisor review (location, room comfort, food, …) from which to judge poetry. They had to be as playfully objective as possible (thus, a low score in ‘unsettlement’ is not necessarily a negative for everyone) in order to use a multi-part star system. Each participant was given one (sometimes two) of these labels and asked to interpret them in 500 words or less. Thanks to the Emma Press’s generosity, each reviewer was given a copy of John Clegg’s The True Account of Captain Love and the Five Joaquins. A Tale of the Old West . Here is the result of this collaboration:

Glancing across the poetry display in your local bookshop, it would be hard not to pick up and open this book for a closer look. Its quirky ‘Old West’ cover design, lettering and gruesome illustration hint at the playful poetic narrative contained within, and this is confirmed by a quick flick through the pages. For such a small volume, the layouts are surprisingly spacious and varied; the book looks both intriguing and accessible.

Although I’m not usually a fan of illustrations in poetry publications (especially literal ones), in this case I very much enjoyed the intricate line drawings; they add to the sense of a story, perhaps a tall tale, and leave room for the narrative’s more open-ended metaphorical potential.

One design element I was’t so sure about was the use of a small flower motif to separate sections of the text. I like the idea of a structuring device, but why flowers? At times I found them intrusive, not always in tune with the tone of the poetry (for instance, where Captain Love is thinking through his options, eventually arriving at the fear that ‘the head would testify…’ The little flower inserted just before this thought is a distraction where there’s already plenty of intentional distraction in the text itself). But this is a minor point; on the whole, the decorative aspects of the book do add to its charm.

Interviewed in 2013, editor Emma Wright mentioned that she wants books from The Emma Press to be ‘gorgeous and covetable,’ easy to carry around and read anywhere. This one fulfils those promises. Beautifully produced, it’s portable but not flimsy. Rummaging in a pocket or bag, it’s just what you’d hope might come to hand.

Clear Intentions/Living up to its Statement *****
by Alice Allen

Captain Love and the Five Joaquins is elaborately upfront about its intentions. The colourful and descriptive title proclaims the poem to be a ‘True Account’ and there is even a substantial ‘Historical Note’ setting out the background to this ‘Tale of the Old West’. What follows is indeed a fabulous tale of the American Wild West featuring a pickled head in a jar, a bounty wrongfully claimed by a neurotic villain, the expedient murder of a cowhand and a final dramatic showdown set against the rugged scenery of the California desert. But as befits a good ‘True Account’, Clegg’s telling of the story is riddled with tricks and literary chicanery from the start as different strands of the Zorro legend emerge and entwine.

There are unfinished citations, footnotes in stanza form referencing Wikipedia and, hiding out in the assertion of moral rights that writers are entitled to make under copyright law at the very front of the book, the author refers to himself as “[hereafter the fox so cunning and free]” thereby laying claim to Zorro’s identity (‘zorro’ means fox in Spanish). We are being taken for a ride.

John Clegg’s latest pamphlet, The True Account of Captain Love and the Five Joaquins: A Tale of the Old West (The Emma Press) invites a certain kind of playfulness with language and form. The poet’s inclusion of a historical note about Captain Love and the bandit, Joaquin Murrieta undermines the authenticity of this true account and this is where the poet’s strength lies. Clegg recognizes the playfulness between truth and conjecture or history and myth. This approach is apparent in his debut collection, Antler(Salt publishing) where he moves with ease between historical and mythological worlds. The same is true here where Clegg creates the landscape of Fresno which was not a city at this point.

There are moments where Clegg revels in language which brings forth a new interpretation of form:

Then Santa Anna’s waxwork mouth
creaked open, coughed: “I fought alongside this man Murrieta
at Chapultepec; I should be glad
to see his coward’s face again before I die. Please fetch the head.’

The core of Clegg’s work is an unexpected and refreshing approach to retelling an account of Captain Love and Joaquin Murrieta, and for this reason alone is well worth re-reading.

John Clegg’s opening note tells us about the book’s eponymous anti-hero. The name of Captain Love is a gift to any story. Is it true? Perhaps in part, but I was being carried along by the flavours of the narrative and did not care. There’s the tale of the head in the jar, eyes widening in death, needing to be sewn shut against its decay – reminding me of the films Bring me the Head of Alfredo Garcia and The Three Burials of Melquiades Estrada, both set in similar regions.

There is the pull of a countdown too, at least with the Joaquins, who reduce in number as the tale progresses.

But despite its sketches of cowboy life in the desert sun, and filmic references- we even get a cross-dressing Zorro- this is a book of poems, and here, the humour and language lifts the reader out of the gory subject of a murderer carrying a pickled head.

round the bed
until it latches

on the new note,
its precise directions –

I knew this was just a story with a beginning, middle and perhaps an end (this is poetry after all). But if found myself stopping to go back, to re-read again, before finding out how things would pan out on the last pages. I mean this as a good thing, as something to be savoured, slowly. Years ago, I had passed through this region of California.  Clegg’s sparse and beautiful words of deadpan death called up that same sparse, beautiful and deadly Californian desert I had once seen.

Anybody who has watched a Western, and most of us have, could enjoy this poem, a mixture of realism and fantasy which extends our vision of the Old West.

John Clegg in choosing a story where his central character is named Captain Love plays a winning stroke. Calling the poem ‘a true account’ is a masterful one immediately bringing to mind the tabloids, our celebrity culture and our present grab for oil which differs little from the Californian Gold Rush.

Accentuating the impression of a newspaper hype some of the action is written in prose columns. Black and white illustrations, several of them quite gruesome, take the place of photographs.

Captain Love, recently appointed California State Ranger needs to bring in Murrieta the leader of the five Joaquins. The poem plunges into the story honing in on the harshness and pervading greed of life in the Old West.

With one week left to claim commission Love
rode into town, jarred head jolting in his
parfleche saddlebag, the head he would ‘exhibit to
the curious’ on payment of a small administration
charge;

The poem is written in a mixture of blocks of prose and well-spaced rhythmical but non rhyming couplets bringing another dimension to the poem giving it a spoofy, conversational tone

the testament of Murrieta’s sister
who reports Joaquin

alive and well (though much the worse for drink)
a full week after his decapitation.

This humorous description of Old West low life draws you in but there is a sense of deprivation. There is nothing in life but an unrealised dream of gold.

And lastly, Murrieta
facedown in a lemon orchard

in a Tijuana cathouse.
When he heard he’d died

he had the bright idea to bum to Fresno
and collect the bounty on himself.

The story itself moves from legend to fantasy and as it does so it picks up pace. Revelation is piled on revelation, reality is pushed away as the dream of gold takes over.

The power of the poem is felt in the last line which in a ‘Western’ would describe a heroic gesture. InsteadCaptain Loves’ journey is shown as a futile one and we are left with a feeling of despair:

Then he rode alone into the great cease

Value for money *****
by Lily Blacksell

Although casting a pecuniary eye over this pamphlet was a little odd for me, I feel Captain Love would have approved, spurred on as he was by the $1000 dollar bounty for the head of Joaquin Murrieta. Rather than the ‘ten hundred-dollar bills, Love’s bounty’ at stake in the tale, this pamphlet asks just five one-pound coins from its readers, and I would rather have poetry than a pickled bonce.

The detail in Clegg’s poetry is delightful, from the gruesome to the incidental, the strictly ‘true’ to the leniently imaginative. In just over twenty pages, he offers us a self-contained adventure, replete with characters and misunderstanding, and ending with our Captain riding alone ‘into the great cease’. It can, therefore, be treated like a Western at the cinema, with all the necessary masks, rattlesnakes, ‘outlawry and depredations’. You close the book, the lights come on and, brushing popcorn from your lap, you leave. £5 is a very reasonable price for a cinema ticket.

Crucially, there is further value to be found in the return visits to The True Account of Captain Love and the Five Joaquins. Clegg’s phrasing rings out in lines like ‘His split nib pools ink’ and words like ‘whumpf’ prove particularly satisfying to say aloud. Emma Wright’s illustrations and cover design add further bang to buck, deserving more than one glance too. Horses descended from similar lineage to Rocinante, and Captain Love’s eyebrows (sometimes raised, sometimes furrowed) add detail just as delightful as the text.

If we had to put the pamphlet in a supermarket aisle, we could, because Clegg’s poetic doubleness provides a ‘2 for 1’ offer. With a protagonist called Love, he would be forgiven a pun or two. He avoids this however, choosing profundity instead. When the severed head’s eyelids come unstitched, we are told of ‘Love’s impression, seared against each retina’. When the Captain is concerned, we read ‘Love’s worry feeds on worry’. So accustomed are we to love poetry, that to hear echoes of it in ‘Love’ poetry is pleasing and worth every peso. 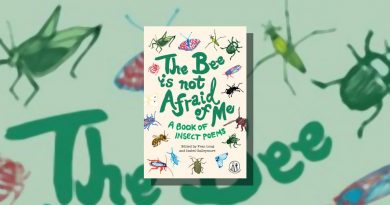 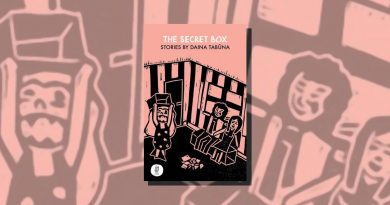 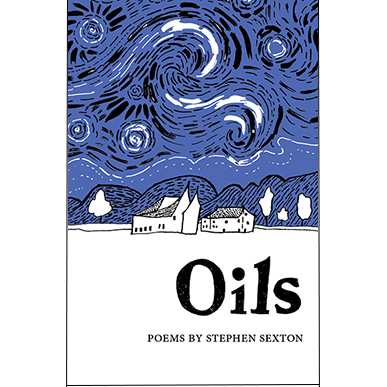