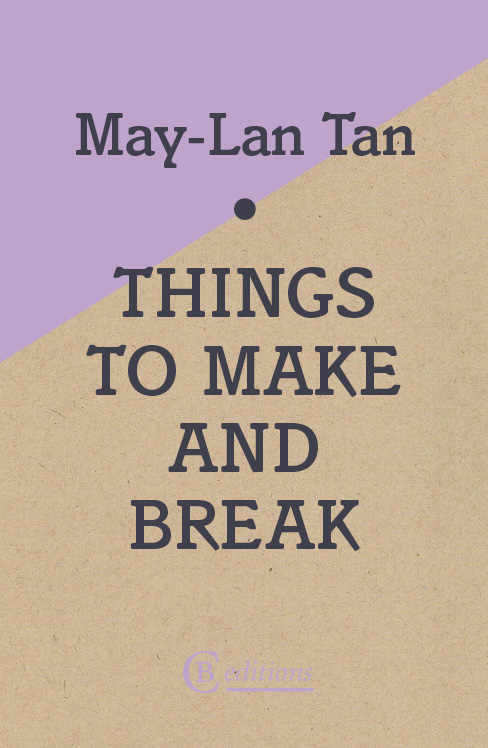 Things To Make And Break by May-Lan Tan is one of the most perfect collections of short stories I have ever come across. From an unforgettable abortion to a young girl’s abuse, the stories are each unique but with a certain, unpinnable similarity that makes them work perfectly together as a collection. 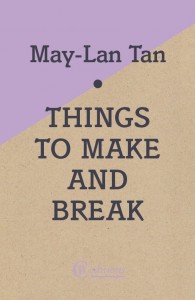 Each story hosts a new narrator, a different character to tell us the tale. The strongest narrator is the first, in ‘Legendary’. Perhaps it was the unusual obsession for her boyfriend’s exes, or perhaps it was the way in which she viewed them as women as if she herself were not one, but something about the storyteller drew me in. Not to say the other narrators were weak, far from it. Just this one caught hold of me the most and stayed with me the longest after reading.

I was surprised to find when starting ‘101’ that the narrator was addressing me, using ‘you’. Usually I hate this, it feels like I’m being accused and shouted at, but here it was done well. It made a nice contrast to the previous stories and made me feel as if it were a letter written to the real ‘you’. However, using this in a second story overdid it and took away the novelty. It became hard to read and I found myself wishing to be me once more, rather than the narrator’s lover.

The point of views are forever changing throughout the stories, with no two being alike. The writer even manages to write convincingly from both a male and female point of view, from a variety of different ages. May-Lan Tan’s ability to write from these perspectives impresses me to the extent that I even believe she could write a story from the point of view of an elderly cat (which I would very much like to see).

The stories differ in layout as well as narration, with one even being a script. Although when I first saw this I thought it was perhaps there merely to force a change upon me, I soon realised that it was more. The narrator is an actress and all the dialogue and scene changes are written in script format, with her thoughts in prose between. This is done so cleverly that it feels natural and we believe we’re seeing things through her eyes. So not only does this provide another distinction between this story and all the others, but it also brings us closer to the character.

Don’t for a second though think that this collection of stories will brighten your day. It won’t. Although the stories are all really sad, they all have some sort of meaning and make a point about something important in life, about an issue that needs to be faced. One story in particular is about a man who has had a sex change to become a woman. Although she is perfectly happy with being a woman, she doesn’t like that everyone in her life knows about her past, so to get away from this she wants to leave everything and everyone behind and start fresh to be ‘normal’. But to her ‘normal’ seems to be where no one knows her struggles or who she really is, where she has to deny the fact she loves girls so she can marry a man and be ‘normal’. This highlights the fact that even now, in our most accepting of times, we still have a long way to go to help everyone to feel comfortable and accepted in their own skin.

Despite this though, May-Lan Tan uses some of the most beautiful and poetic language in her stories, like ‘you kissed me with the green apple taste of the pool on your tongue’. I find this not only poetic but unique, a new way of describing things, and it’s very refreshing. And then of course there are the small hints of humour, like when one female narrator says ‘people say the first one is the one you’ll love forever, so I pop my cherry with a coke bottle’. By far one of my favourite lines in any short story. It says so much with so few words.

But not everything makes you laugh. The writer seems to have a skill of being able to make you think hard with just one sentence. One story about a woman who has an abortion around the same time her sister announces her own pregnancy has a very thoughtful line filled with sadness. When the narrator sees her sister’s baby for the first time, a baby who has the same DNA as her own would have had, she says ‘I think I’m lucky. Most people never know exactly what they’ve missed’. Wow.

Things To Make And Break is a collection of stories definitely worth reading. It’s one of the best collections I’ve seen for a very long time and is full of fresh ideas with hard-hitting storylines that invite you in to the trials of life. May-Lan Tan is a very talented writer, and I just can’t wait for her next book to come out. 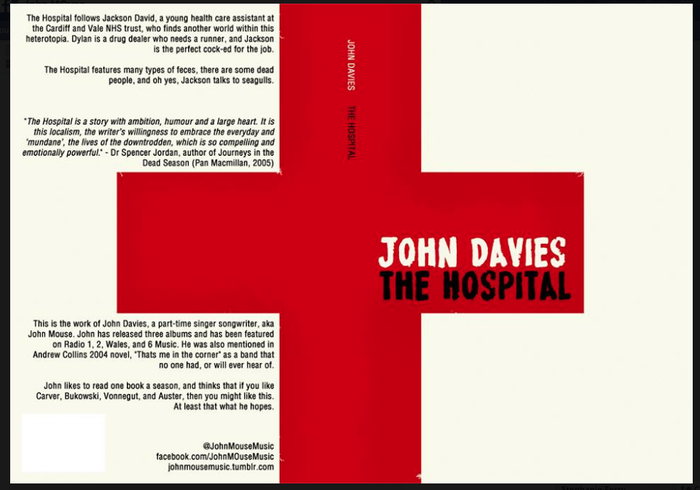