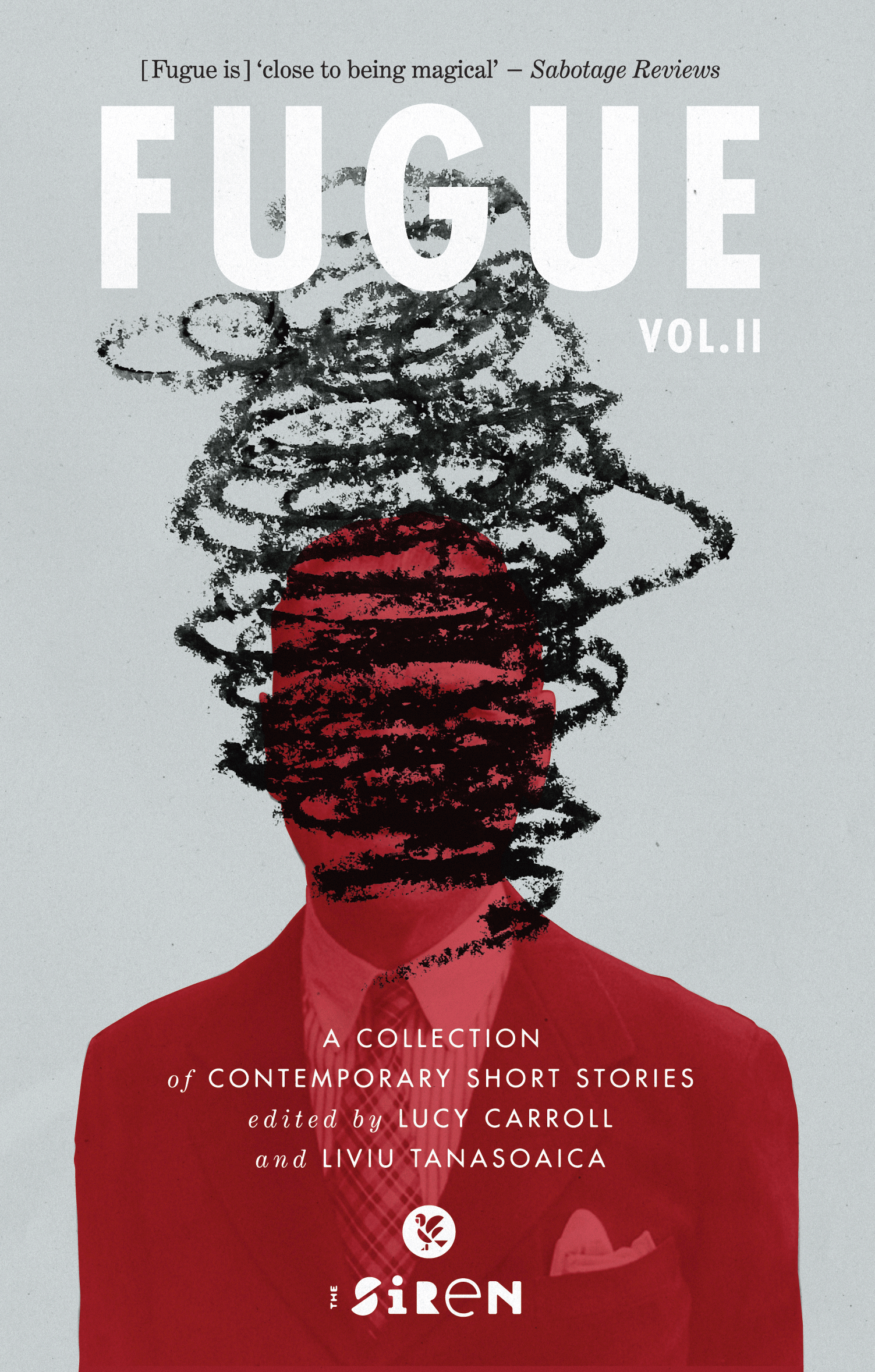 Writers of short stories have the wonderful freedom to give them any ending they like. They can also combine everyday and fantastical realities. For me the best short stories are those which show these different levels of existence – what lies behind or alongside the apparent – and this is something which the eight stories in the second Fugue collection from The Siren Press all do. 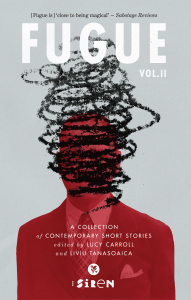 ‘Three Days in Hong Kong’ by Catherine McNamara pulls you strongly into the place where the code-named Philomena M. waits for her lover. She is suspended in a glass box – almost as New York magician David Blain once was – in a hotel room above the city of Hong Kong, trapped and yet in the end not so. In that place of heightened sensuality she upends the power balance in the relationship. This is a well-paced story, a good choice to open this collection by its (uncredited) editor.

Sally Oliver’s ‘Hole in the Wall’ is located in a domestic environment, but one which is far from cosy. The house which Emily and Michael are shown round by their estate agent is one with a palpable history. Apart from one room:

Every other part of the house seemed to carry the weight of old words and voices, the stead tread of feet and the peculiar aggressive trace of people who lived without wanting to believe for a second they might die.

The couple discover a hole in the wall to that different room, a hole which serves as access for each of them to parts of themselves which they have not allowed into consciousness. Michael identifies the hole as ‘a sort of apocalyptic symbol’ and so, sadly, it turns out to be.

This Fugue collection encompasses huge variety of expression. Domestic life is also the subject of C G Menon’s ‘Spring Tides’, but here the dominant feeling is one of poignancy as Betty, now elderly, revisits a place of childhood magic and dreams. This is a lovely story of what is lost and found and, most of all, of recognition of what matters most.

Dreams and memories feature too in Alyson Hallett’s richly layered ‘Happy Birthday Edward Munch’, while blood swirls literally and metaphorically through L D Lapinski’s ‘Scarlett Streets’. Both of these stories are rich in language and evocation of internal lives and repay repeated reading.

Two stories firmly grounded in present-day reality are ‘The Lesson’ by Brandon Robshaw, a darkly humorous tale of an apparently over-confident teacher who Goes Too Far, and Clare Fisher’s salutary tale of how the internet can lead us badly astray, ‘You Are Not Sorry’.

My favourite story in Fugue II is one which I thought at first I was not going to enjoy. I am not naturally drawn to stories about zombies, but I quickly discovered that Darren Lee’s ‘On The House’ is subtly layered, bringing to mind the stories of T C Boyle. Dwight, the would-be ‘Domestic Zombie Proofer’ is visiting Connie, a potential client, who turns out to be stock-piling cat food for herself and her daughter to eat, come the apocalypse. As Dwight is beginning to feel out of his depth there is a foreshadowing of impending doom:

…Dwight became acutely aware of the lack of real noise in the neighbourhood; there was only the sounds of Connie’s daughter singing to herself outside and the continuous soundtrack of next door’s dog keeping time like a metronome.

Domesticity and apocalypse – two words which kept coming up in my reflections on Fugue II. A heady mix underlying some excellent story-telling. 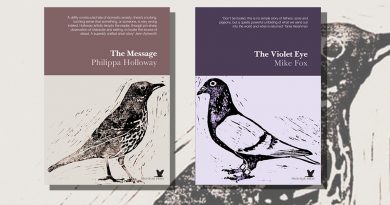