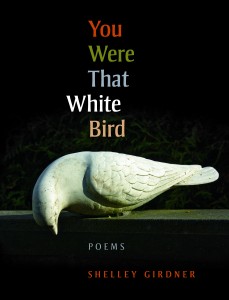 The blurb for You Were That White Bird states that this collection “looks at the lifespan of a relationship – from the beginning of love until its end, and how different it can look with time and distance.” I found this seriously misleading: there is no overall sense of one developing relationship, or even a specific beloved person, in this pamphlet. Instead, love is written from the perspective of a woman experiencing many phases of attraction, commitment and loss as she grows up.

Desire takes many forms in this collection: the teenage crush she has on Albrecht Durer,

the almost indiscriminate randiness of teenage girls, out for kicks rather than relationships,

we kissed and kissed them more
then slunk through back doors to meet up and laugh again.

and the late adolescent period, always in love with somebody, in a constant whirl of lust and emotion.

Then there are other poems, less physical, more detached, in which love is experienced as an extended failure to thrive, in an atmosphere of incomprehension, imbalance, estrangement and dominance. There is tension between the desire to be open and reveal oneself to the beloved, and the fear of being hurt or rejected.

Mostly two is temporary. On the way to becoming more or less. Even that moment with the two on the bed – one is already rolling away.

Other poems respond to death, bereavement and grief. The second section, The Blue Hood, deals with problems of gender separation, birth and death from a biblical perspective which implies that all of these are consequences of the Fall, hence Eve’s fault. Girdner moves beyond this:

The moral of my scandal is the same as the seed pod,
as Adam’s rib: wholeness must be broken

to find itself again.

Love emerges in family ties – for a parent, for a child – and finally in the long commitment that lasts through

the death still safely tucked in your living body now.

Bird images recur, indicating something to life more than mere survival, needs met. They are images of love and hope, freedom, flight and rebirth. The white bird of the title poem represents something fleeting, longed-for but elusive:

All love is really crumbs
to be scattered and retrieved.

This strikes me as a typical first collection, in that the poet wants to put EVERYTHING in it – the whole love-birth- death gamut of emotion, the whole box of tricks – villanelle, triolet, prose poem. The triolet, unexpectedly, is one of the stronger pieces, but not all the poems in the collection pull their weight. However, there are many gems here – ‘My matryoshas’, ‘Abandoned Mine’, ‘The first birth, ‘willow tree in snow’. Shelley Girdner has made a bold, thoughtful start, with plenty of promise. 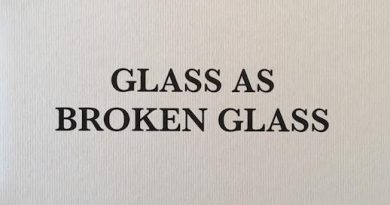