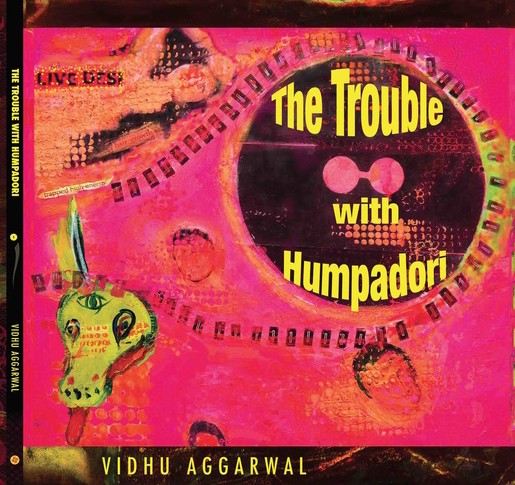 The Trouble with Humpadori, from The (Great) Indian Poetry Collective, was an Editor’s Choice Award Winner, described as “a screwball experiment in empire building starring a racialized monstrous entity called Hump [… who] morphs across commodity forms, genders, and origin stories.” The definition of the Humpadori is “A performing cosmic deformity, singular and/or plural, male and/or female, taking on the shape of damaged icons and global commodities”, and the potential origins of the word ranges from “hum”, meaning “a disagreeable smell”, to “Humpty Dumpty”, or a portmanteau of “hump (‘a protuberance’ in English) and aidoru (‘idol’ in Japanese …)” His and/or her story is made up of open form poems, interviews, ghazals, pseudo-lists and graphics that use the typeface as paint, creating patterns on the page that swirl and embody the rush and rhythms of the collection.

All this variousness of form, definition, origin, pluthering [Ed: new word!] from the language, is a great ride:

I marvel at your quivering surface—your skin, a hoopla
of zooing climates! You’re a captive

of the miasma of your age,
the errant plumage, the multifold

it’s time to Dark
Continent with me:
I’ll get you off
to another taxonomy.

The scope of the collection is equally plural, with cultural references from Bollywood to Marlene Dietrich, fairy tales to psychoanalysis, Zeus and the Sphinx to Deep Space Nine. What these elements share is storytelling, but this interest in stories rarely results in familiar plots and characters being remade or even subverted, more exploded into glittering particles that constellate on the page, leaving a fragmented, (often) first-person voice that feels intensely, uneasily, woods-for-the-trees close up. Perhaps taking a step back, to see the collection as a whole, might make for a clearer image, a more comfortable point of view, but there’s a thrill in such proximity. Even in lines more narrative, tangible, experience seems more urgent than understanding. In ‘Eve Loves Hump’, for example, Eve’s relationship to the fruit, to the earth, preoccupies her monologue:

In fruit season, I must take off my pretty hot pink

rubber gloves, and graze my bare fingers upon the ground to check that no fruit has fallen. Delicately,
because fruit is so easily damaged.

The best way to find the fruit on the ground is by sniffing. The fruit has a scent
that’s impossibly faint. So during fruit season, I’m often sticking my nose into the ground.

Sometimes, I lick the dirt

to test it, to make sure that there is not even the faintest residue of fruit
on the ground. I spit out the dirt immediately.

Yes, the fruit is in love with the ground. …

It’s like a tick box for the senses, laying the body out against the soil, explorative, shameless, delicate: “ That’s why I’m here // just picking and tending. // The work is never-ending”. “That’s why I’m here” is one of the reasons why this collection holds together, centred in the nature of being, the self. In ‘Humpadori East & West, Twinkle Twinkle’: “My self’s a cursor—a little pulse […] // I begin to flirt // with disorientation. // For a moment, I disappear entirely—” Such tenuousness of self, the layers of the title connoting both a Georgian nursery rhyme and a 1970 Bollywood hit, as well as the plurality of the collection overall, speak to its underpinning post-(post)-colonialism. This is a clever, funny dance of a book, but there are moments of quiet vulnerability in which The Trouble with Humpadori becomes more than a great ride, political jive and dynamic experiment in language and form. All this energy revolves around something quite tender, and that’s what will make me go back to it. 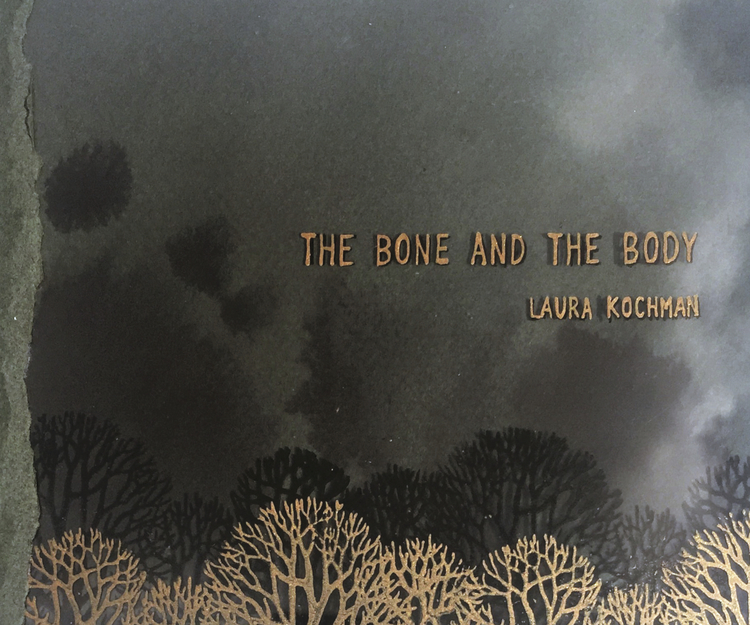 The Bone and the Body by Laura Kochman

June 20, 2015 Becky Varley-Winter Comments Off on The Bone and the Body by Laura Kochman

April 17, 2014 Editor Comments Off on Rain Rider by David Briggs