In no bad way, I want to hear Pétroleuse spoken: the strong rhymes in poems like “The Grass is Greener” feel like the linguistic equivalent of the power chords of punk rock, and often borrow from their language. “We are pussies and we riot” ends the first poem in the collection, “We will not be deodorised.” It is irreverent but assertive; lines like “take your fashion, your body fascism” operate through a kind of acoustic logic that feels abandoned on the page.

Beginning the collection, I read several voices before I encountered Steph Pike’s work. Two pages of endorsements then a forward by Rosie Garland precede an intro providing context for the title: Les Pétroleuses was an insult reappropriated by the revolutionary women key to the establishment of the Paris Commune. These endorsements and prefaces give a sense of the contemporary context of creative and politically charged feminine activity that Steph Pike champions. It makes the collection feel more than endorsed, instead it gives the sense that it speaks to, and with, the community the poet is part of.

The collection often plays with depletion of normative mainstream language. “Amstetten” blasts hypocritical shock at the Joseph Fritzl Case, a picture-postcard stereotype of Austria giving way to a description of brutally sexist culture in the UK. “Civil Partnerships and All That Jazz” has a mock-celebratory atmosphere highlighting the perils of the LGBT adoption of heteronormative behavioural patterns. This exposure of sinister dynamics concealed by casual language often has the shock of a snap cut in film:

This fatigue and Pike’s turn to a frank simplicity feels like a crucial act at this moment, in which exhaustion with British (parliamentary) political culture and language seems so widespread (I’m writing this shortly after the independence referendum). Strong voices articulate discontent from a perspective and with a worldview that is not heteronormative, nationalised or racialised. This is crucial to constructing a positive and productive narrative in the face of uncertainty and change.

Amid this take-no-prisoners attitude, some of the more affirmative images— “Thousand diamante stars,” “Feminism is a phoenix”—seem a little sentimental. At least for me they don’t match the strength of the rest of the work without the tonal guidance of a spoken voice. By contrast, more humorous poems, such as “I Want to Fuck David Cameron”, work to hilarious effect. Some of the poems (usually Pike’s more personal work) feel more centred on the page. Erotically driven, the rhymes are more elusive and metres more irregular—speech-like rather than chant like. “Spanish River” stands out as an honestly tender and compelling piece. “Kettled”, a deeply unsettling poem about the policing tactic of hemming protestors in, motors with a sense of unrest and agitation from syncopated internal rhymes.

Flapjack Press describes itself as “exploring the synergy between performance and the page,” but there’s little exploration apparent here; the poems are presented normatively and with no differentiation of approach between the varied styles Pike employs. This is not detrimental to the poems; they contain the space in them for performance, and it’d be exciting to experience some suggestion of that.

Pétroleuse collects straightforward and strong poems that address the world with both rage and humour. Good poems to read right now. 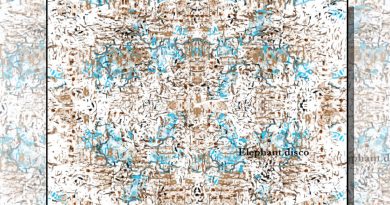 ‘Livid Among The Ghostings’ by Anna Percy

August 22, 2013 Editor Comments Off on ‘Livid Among The Ghostings’ by Anna Percy