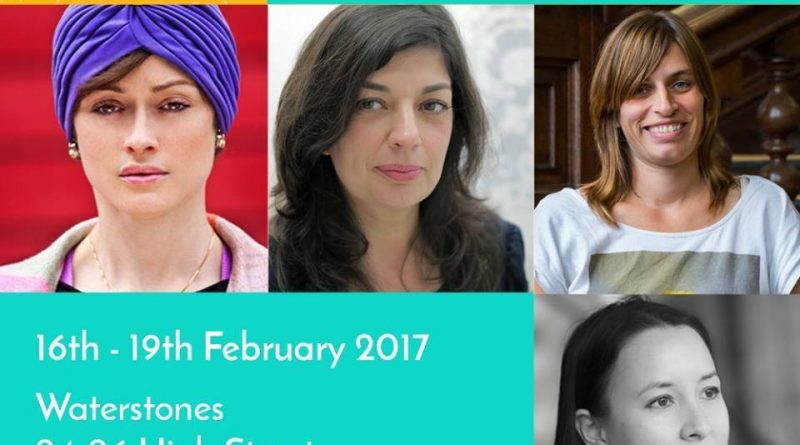 I love poetry festivals, this new one promised a marked difference. One of the leading principles of Verve was combining Spoken Word and Poetry, they proved it can be done. The team wanted to encourage new audience, break down the barriers and expose both art forms to each other’s stage. They succeeded in achieving these objectives.

Amazing that an achievement on this scale could have started with an innocent tweet. Full credit to the team: Stuart Bartholomew, Cynthia Miller, Emma Press (Emma Wright & Richard O’Brien) Bohdan Piasecki (Apples & Snakes), with support from Roz Goddard and Jonathan Davidson.

It was great to see so many events sell out and audience attending as well as those already on the circuit. 39 Poets and 36 events over the 4 days and lots of diversity in the programme. Visitors came from all over the UK, many didn’t realise this was the inaugural year for VERVE. 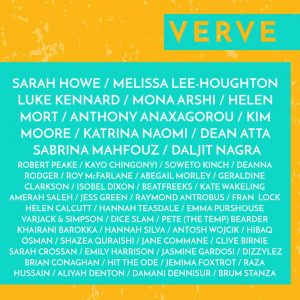 The event which created the most buzz was The Outspoken Press Showcase with Anthony Anaxagorou, Sabrina Mahfouz, Fran Lock, Hibaq Osman and Raymond Antrobus. I was in Sarah Howe’s ‘The Heart’s Archaeology’ workshop and missed the knock-out readings and one of the biggest hits of the festival.

Friday night’s reading with Kim Moore, Mona Arshi & Katrina Naomi. All three read from their collections and chose to share immensely personal poems. Powerful performances followed by a Q&A with Jonathan Davidson (Writing West Midlands). It was particularly interesting to hear how they felt about poetry and their access into writing. An exceptionally insightful reading to attend.

Saturday’s reading with Sarah Howe, Kayo Chingonyi and Helen Mort was a brilliant showcase. This event was sponsored by Wolverhampton University and was a pleasure to watch. It was the first time I had seen Helen Mort in action, despite her being on my radar for years and I had not discovered the work of Kayo Chingonyi before this event.  ‘No Map Could Show Them’, Helen Mort’s second collection and ‘Some Bright Elegance’ by Kayo Chingonyi now sit on my bookshelf next to Sarah Howe’s ‘Loop of Jade’. Proof of a good show when you souvenir yourself every book. (I bought Sarah’s last year.)

Saturday night’s headline spoken word event Come Rhyme with Me Special with Dean Atta and Deanna Rodger. Deanna announced that the Caribbean food mentioned on the programme was not metaphoric and we were treated to a feast of food and words. Their energy was on fire and no-one in that room would have guessed Dean Atta had attended 6 hours of workshops, fuelled by poetry. The Appetisers were Open Mics, the Starter Bethany Slinn, the Main course was Dean Atta who treated us to one of his Kim Moore workshop poems, the winner of the Verve Poetry Competition, Susannah Dickie also performed, followed by the dessert, Deanna Rodger. Although a fair few of us had mentioned cake by then. Cake was a highlight for many at Verve: Guinness Cake and Earl Grey cake were best-sellers in the café.

My final highlight has to be the Dice Slam. A wonderful concept pioneered by Bernhard Christianssen in the Netherlands. Until Verve only one competition of its kind had happened in the UK. It was hosted by Apples & Snakes, Amerah Saleh and the dice were rolled by Bohdan Piasecki. The judges, Luke Kennard, Dan Simpson and Anna Freeman had to perform first to ‘humanise themselves’, then in two halves the contestants Toby Campion, Vanessa Kisuule, Skye Hawkins, Charley Genever and Kareem Parkins-Brown slammed for a brow raising 12 minutes. The dice decided the scores and judges had to justify the numbers with hilarious consequences. Dan Simpson used a book and audience participation to comment on each performance. The whole night had high voltage excitement and was great fun.

Things that stood out: the sheer organisation of an eight storey working bookshop hosting a festival across four levels. The team of volunteers and staff were incredibly helpful. The staff continued to sell books throughout the weekend. Whether it was part of the plan or not, the poetry section remained open.

The urban setting is perfect for transport links, just minutes from three main train stations. It is also ideal to have all the events in one place. Especially as the programming was back to back. No chance of getting lost either.

The ethos of bringing Spoken Word and Poetry together and attracting a new audience for both. The sense of barrier breaking throughout the weekend and the pleasure of this achievement was evident. Verve certainly captured the city’s spirit and energy and harvested a real sense of community.

The amazing National and International talent the festival was able to book and top quality events and workshops on offer, including an entire programme dedicated to young writers and children.

Another objective was accessibility and this was managed with very reasonably priced tickets. My festival pass meant I attended readings that I may have otherwise missed. A whole new world was opened up for many this weekend. People are already booking next year off work.

There were plenty of questionnaires handed out and I know the team have analysed the response. I suggest keeping the branding, especially the hot pink, keep the reasonably priced tickets and festival passes, keep the amazing blend of spoken word and poetry. Lose the uncomfortable folding chairs (unless this impacts too much on ticket prices) and schedule some breaks for people who are attempting to squeeze as much participation out of the festival programme as possible.

I would also suggest workshops not clash with major events. However, I have never come across a poetry festival where clashes do not occur. At least they have stopped clashing with each other. 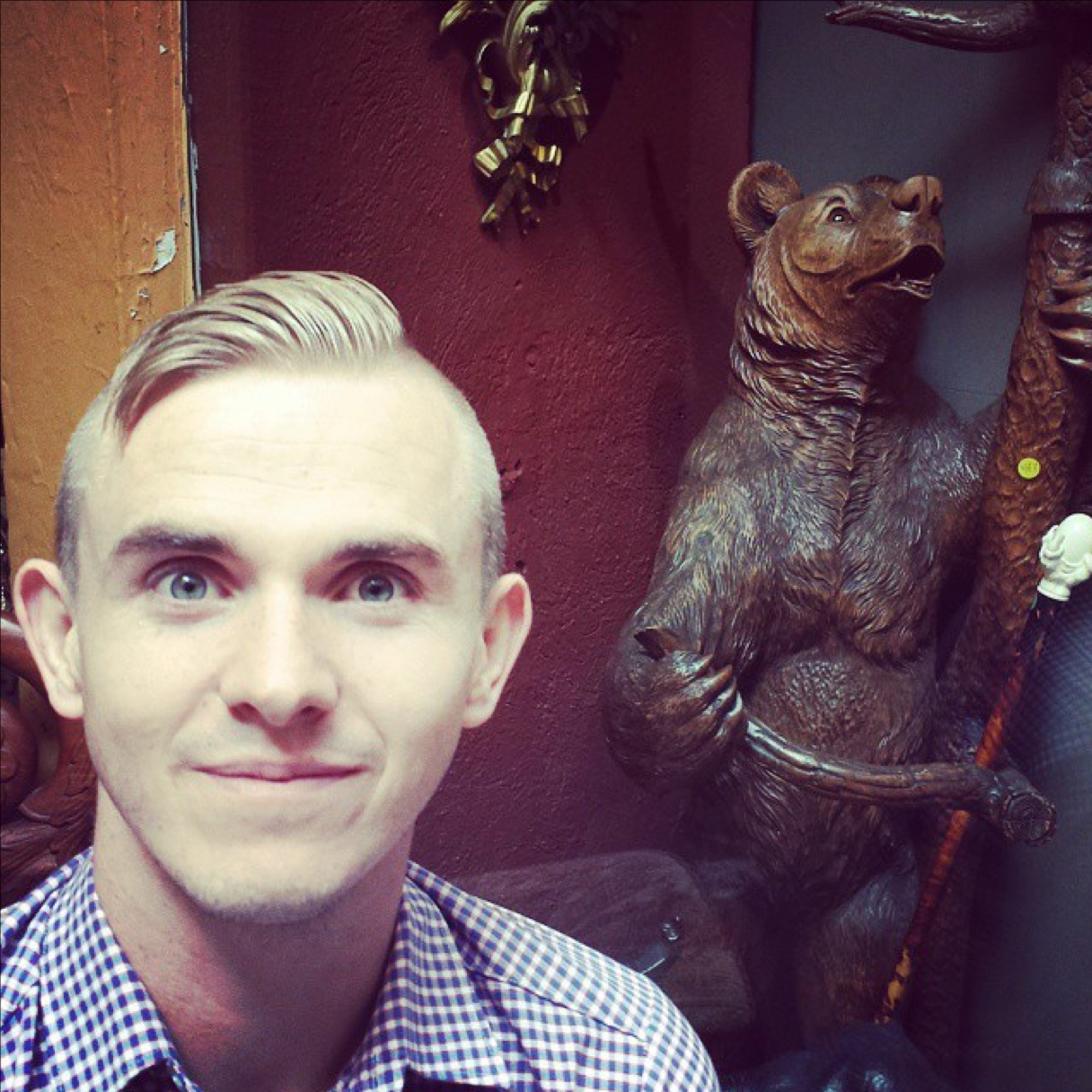