This month, we will showcase each of the works shortlisted in the Saboteur Awards by category. Next up: best spoken word show! If you’d like to have your say in the awards, don’t forget to vote!

I am so thrilled to be on a list with such amazing talent. It’s an honour make the short list, but to do with such a limited run short, I’m in awe of my audiences.

‘2001: a space ode and ditty’ is account of Colin’s life growing up as a geek. From his earliest memories of watching Doctor Who to the death of his father in 2001 where he had his own Monolith moment; the show mixes anecdotes with poetry of different forms to build up picture of life as a fan of all thing horror, sci-fi and fantasy; games, TV and films. The show was very much designed to appeal to fans of spoken word as well as bringing in new audiences from the world of fandom.

Witty and intelligent – warm and nostalgic. His timing and delivery are wonderful!

A brilliant hour of geekdom writ large. It’s so dense with pop cultural references that one wonders how he managed to fit any other words in.

For a show which is about sci-fi, it manages to include non-fans and not alienate them (pun not intended …. or should it have been?)

Some People Have Too Many Legs, by Jackie Hagan

The last thing I won was a blue peter badge and that was for a bring’n’buy sale that I never actually put on. I wouldn’t mind winning this, come ‘ead, vote for me, I’ve only got one leg. And my fridge is broke. Nah, being honest it’d mean the world.

“Last Summer I got a commission to write a show for 13yr olds+, then I got sick, faced death and lost a leg. From then on everyone I met said I could be a paralympian “Aye mate, and you could be an Olympian, I’ve got stuff to do…” My stump was a dead weird shape… you know the blonde one from Birds of a Feather? It looked like her miserable gob, so I drew some eyes on it, and now I dress it up as celebrities and let the kids guess who it is …”

A NRTF/Contact Commission, ‘Some People Have Too Many Legs’ is a bizarre, upbeat, inspiring and true story that has attracted national media attention. Featuring bedsit-special-effects and gritty optimism, populated by the sort of folk you meet in hospital – an old woman who looks like a threadbare tennis ball with eyes, a boy who grips the ends of his sleeves so his feelings won’t fall out and a forgotten Dad who holds the key to coping with all of this.

A difficult subject almost publicly taboo described with humour, honesty, laughter and tears. A one woman show which is an utter joy to watch.

It’s hilarious, moving, inspirational, and she drinks cava out of her prosthetic leg and recreates a morphine – induced hallucination terrifyingly vividly.

Cos its fucking awesome. Clever. Funny. Poetic. Sexy. Sad and a dancing unicorn

I’m excited that Schlock! is on the shortlist, happy to be in such good company, and surprised in a very good way that people have voted for me.

In the grand tradition of literary terrorism, Hannah has ripped up her copy of Fifty Shades of Grey and now, surrounded by the crumpled pages and with the help of radical punk-pirate Kathy Acker, she attempts to put the female body back together. Schlock! is a meditation on pain, the body and the self, consent, complicity and ownership, performed using innovative soundscapes, poetry and British Sign language. In a performance as strange as it is beautiful, we discover there are no safe words. http://hannahsilva.co.uk

Saw this at Aldeburgh. Really takes you out of your comfort zone. Silva is a stunning performer, entrancing, and the material is truly thought-provoking

This show made me reassess the boundaries of spoken word performance and what it can be. Also, it induced a definite altered state of consciousness in me at one point so y’know, that needs rewarding.

Because it’s unique in content and performance: shocking, controversial, darkly funny, revelatory and risk-taking with absolutely no safety net. Hannah Silva takes the art of live multi-media performance to a whole and extraordinarily memorable new level.

Standby for Tape Back up, by Ross Sutherland

It’s an honour to be nominated, along with such great company.

Using nothing but found-footage from one of his granddad’s old videotapes, Ross Sutherland weaves together old films and TV shows to tell the story of his life. Ross tells the story of his grandfather’s death and his battles with depression, showing how fragments of pop culture can be used to create a channel to a collective past. Inspired by playing The Wizard of Oz and Pink Floyd’s Dark Side of the Moon at the same time, Ross tries to create hundreds of moments of synchronicity- where his words and the screen seem to accidentally collide, over and over.

Took spoken work into the mainstream; set the Edinburgh Fringe on fire; generally gorgeous and brilliant.

He is incredible. Funny, heartbreaking, compassionate and innovative. A charismatic performer of unusual and compelling material.

Literally (literary?) exciting, with what seems to be a rigorous tour schedule.

To be on a short-list with writers of this calibre is a little scary. And quite wonderful

Can’t Care, Won’t Care is the trial of a care worker where the audience, cast as jury, are asked ‘would you break the law to save a life?’. Based on true stories from six years in the care industry, it is the most personal show I’ve written, and the one that’s scared me the most.

This is urgent, vital spoken word that acts out the counternarrative to every time you ever hear ‘care workers’ or ‘the care system’ on the news or in the pub. Which is every night. It matters now, and it matters that it is given the attention, the grit and the eloquence it needs to convince people of that.

It’s a show that hangs entirely on the writing, and that should be how we judge spoken word shows. Stripped back, simple, show with a script that knocks you sideways. When I saw it, more than half the room cried 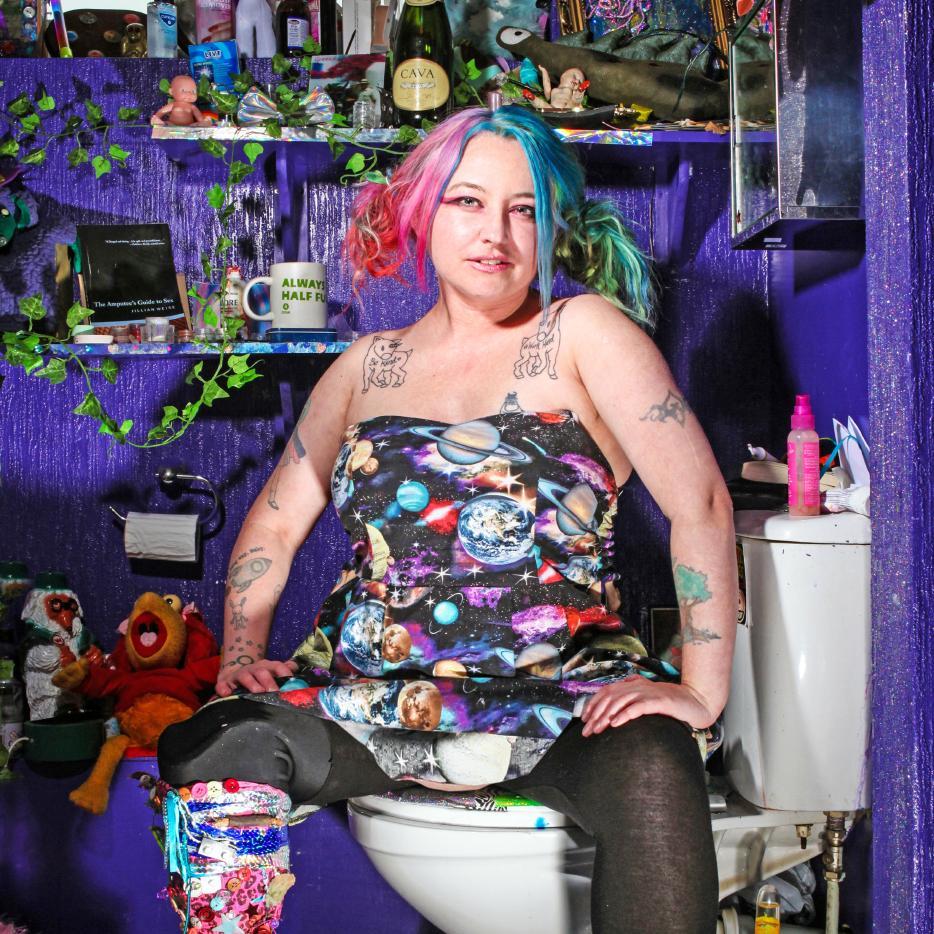