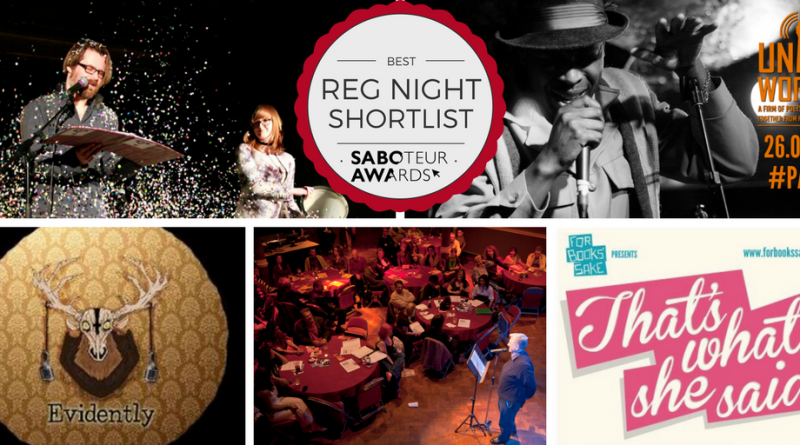 Last but not least: the final spotlight! Enjoy these glimpses into these regular spoken word nights and the place they’ve made in people’s hearts. You have until Sunday to vote, so don’t dither!

We are over the moon to have been shortlisted for a third year running and blown away that people have thought of us when there are so many great nights around the country. -Ella Gainsborough 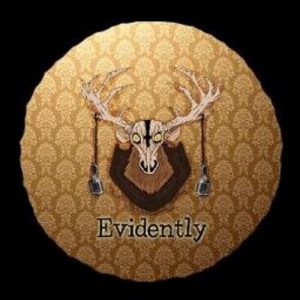 Evidently is a spoken-word night bursting with talent, encouragement and enthusiasm. Recent guests have included Dan Simpson, Scott Tyrrell and Sara Hirsch and they were commissioned by Guy Garvey to curate a special Evidently as part of last years Meltdown Festival at the Southbank Centre. 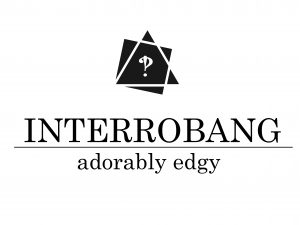 A non-standard punctuation mark (‽) indicating a question expressed in an exclamatory manner, as in what the fuck are you doing‽

Interrobang is an Edinburgh based storytelling, poetry and live music night with a slightly different flavour?! Think democratic spoken word and adorably edgy sensibilities. Residents at Leith’s own Biscuit Factory, Interrobang has been exploring the boundaries between spoken word and the lyrical line. Hosted and produced by your charming curators Beth Cochrane and Ricky Monahan Brown.

That’s What She Said – For Books’ Sake 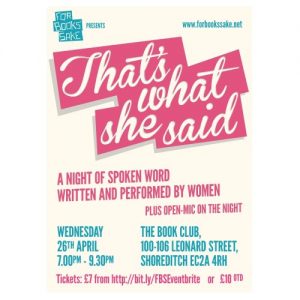 That’s What She Said is the spoken word night ran by For Books’ Sake.  We champion women’s writing and spoken word

A Firm of Poets and Word Life are thrilled to be shorlisted for ‘Best Spoken Word Night’ with our project, Unity Words. We are representing Yorkshire and the North. We’d like to thank all the fantastic poets and audiences for getting us this far. -Ralph Dartford 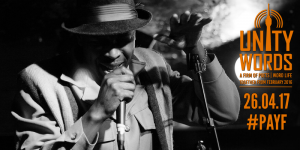 We started ‘Unity Words’ in 2016 as a new adventure to bring high quality spoken word artists to Wakefield, West Yorkshire. We also had the aim develop and mentor poets new to the scene through performance workshops. Since then we have had the likes of Buddy Wakefield, Hollie McNish, Selena Godden, Luke Wright, David J and many others gracing our stage. Our  mentoring scheme has produced new and exciting artists such as Victoria Garbutt, Steve Williams and Hannah Batley. Unity Words is a wild and raucous night out. A poetry party like no other.  Join us!

We’re so thrilled to have been nominated for a Saboteur Award, and grateful to everyone who has contributed to our development and/or wished us well in the course of our history. Regardless of the final result, this nomination is a wonderful opportunity to talk about our work and reflect on the many years we’ve been doing it.  We find ourselves on a brilliantly inspiring shortlist – so can only hope to follow in our football team’s footsteps, be fearless and ‘do a Leicester’. If we win, we’ll ask Gary Lineker to present the next WORD! in his boxer shorts…’ -Lydia Towsey 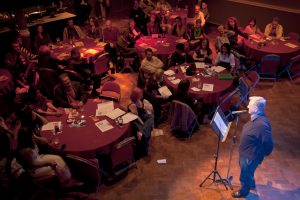 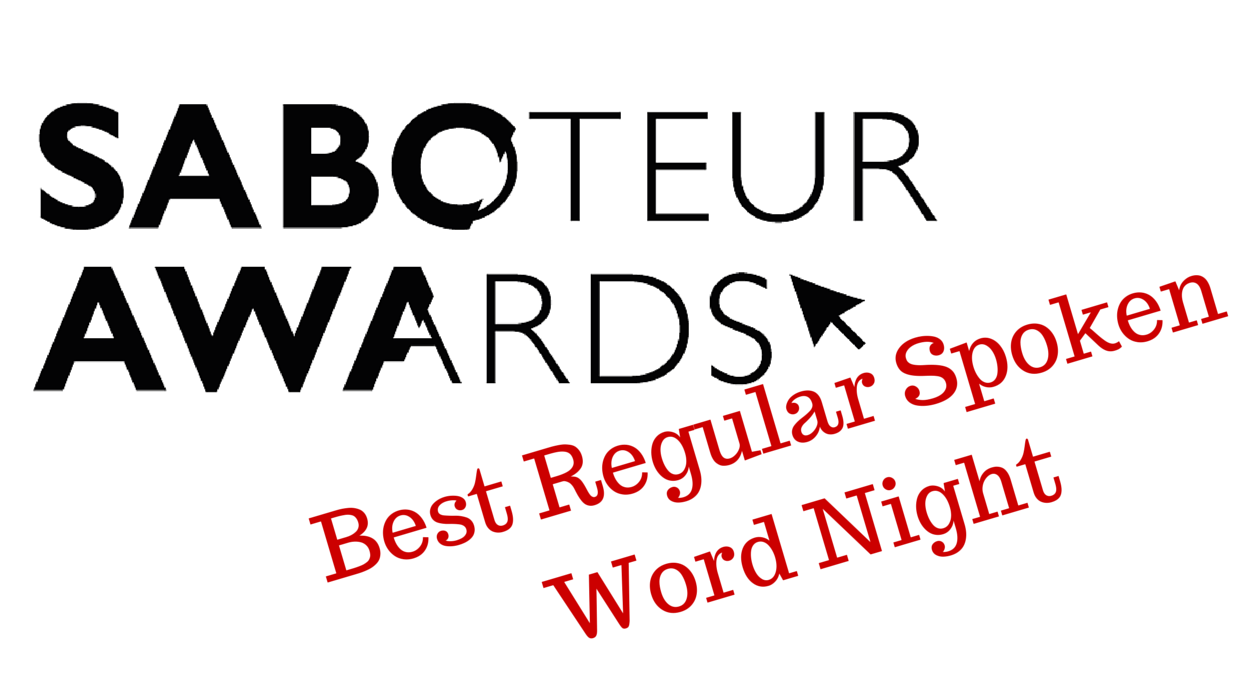